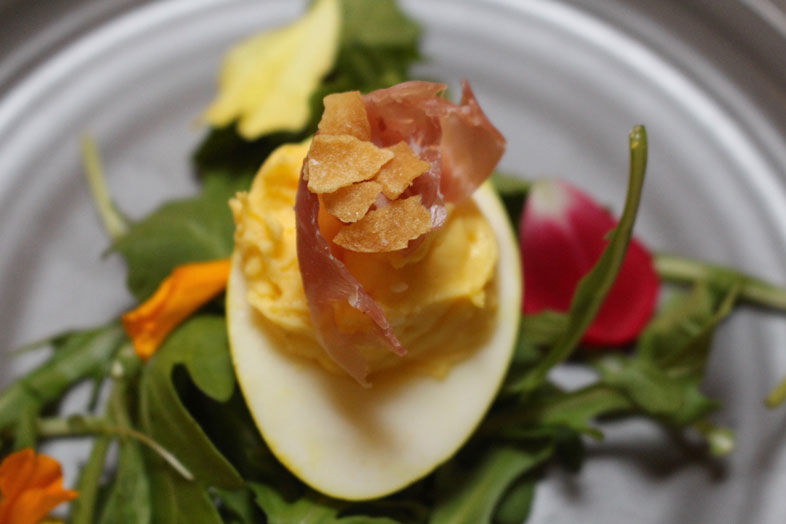 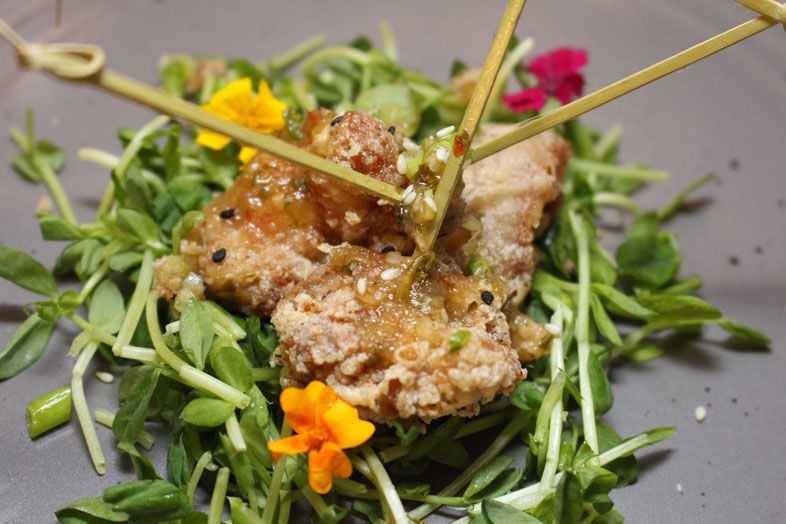 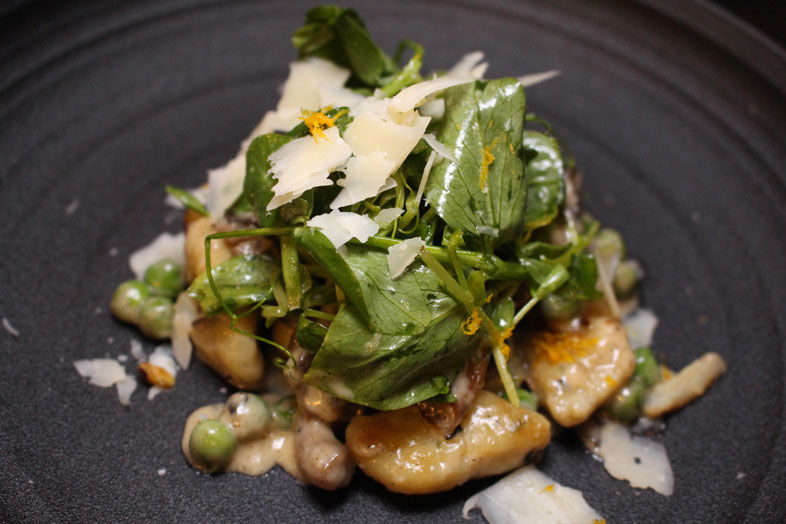 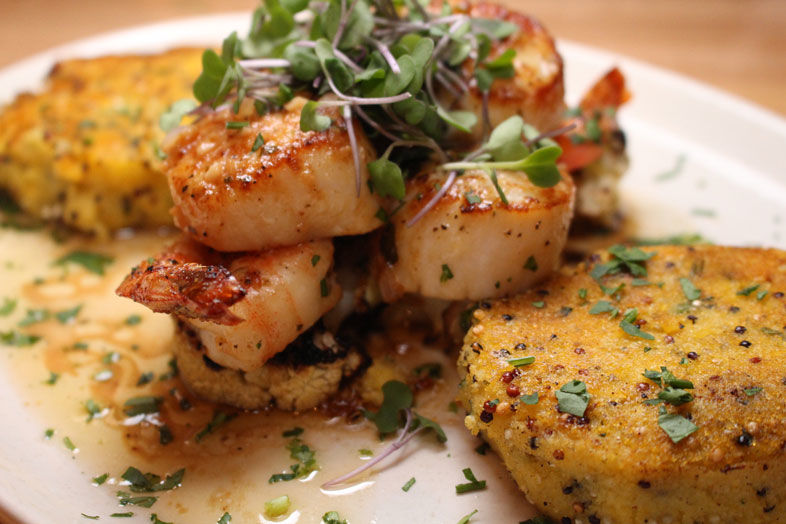 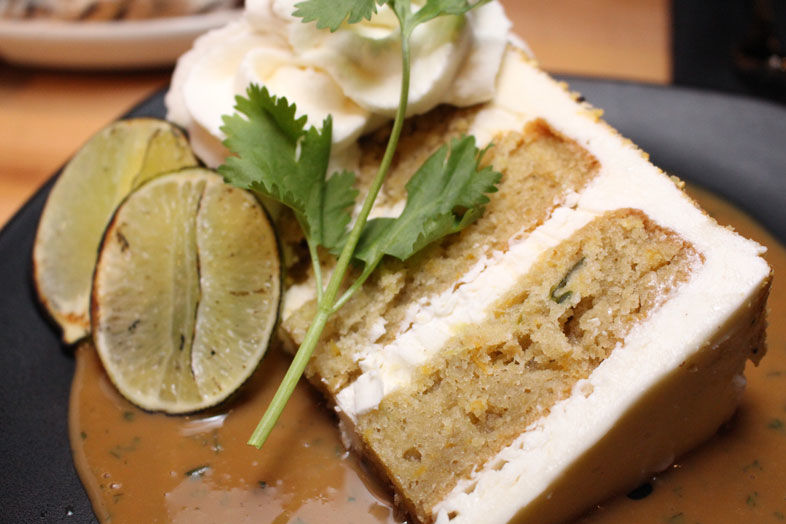 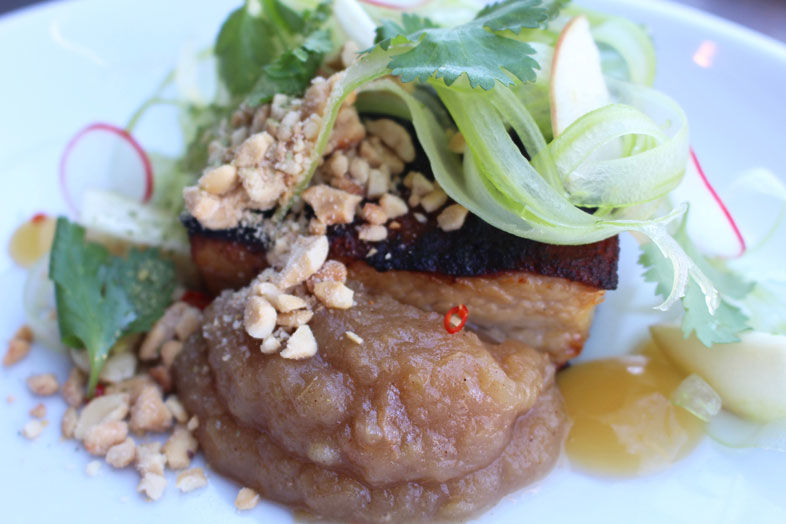 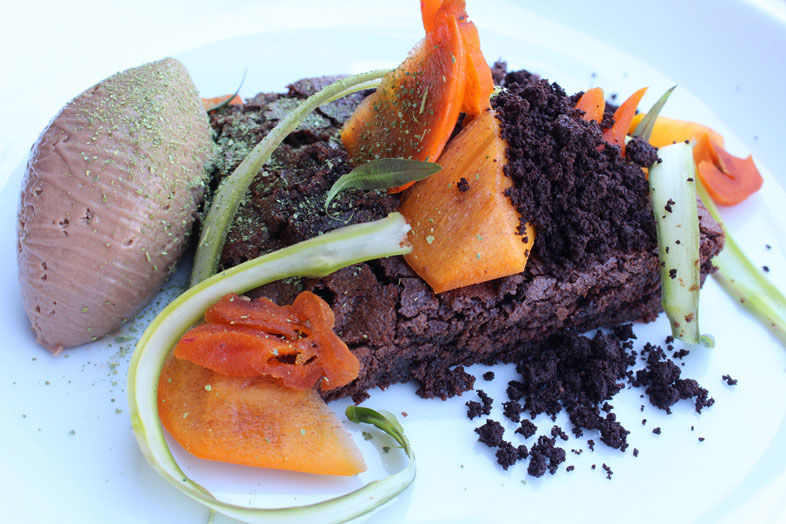 Beer dinners are great. The good ones introduce you to beer styles, ingredients, flavors, and textures you’ve never before experienced. The great ones are a revelation; they show you that certain beers paired with certain foods elevate all the elements in a unique, wonderful way. But those are relatively few and far between, so why wait around? My suggestion: think of your next meal out as an opportunity to create a transcendent beer-food experience for yourself.

The restaurant doesn’t have to be fancy, and the food doesn’t have to be haute cuisine, but I recommend starting out somewhere with a quality tap selection. The quality taps are a must for two reasons: You want good quality beers to savor (of course!), but you also want enough variety in styles to allow you to go with some out-of-the-box choices, if you so desire.

The fundamentals of creating your own pairing experiences are fairly simple. First (and I’m offering my clear and unabashed bias here) start with the idea that you’re looking for pairings that are interesting contrasts to one another, as opposed to beers and foods that share similar flavors. (Yes, the coconut in the dessert "goes with" the coconut in the beer… that’s a yawn!) The really interesting and exciting pairings will unite seemingly disparate elements and flavors and create an intriguing tension that will keep you coming back, sip after sip.

The second fundamental I keep in mind is to always consider going against your first instinct. Think of the beer you automatically assume you’d want to drink with a dish and then think about how to go somewhere completely different. One way to do this is to "invert" your pairing ideas so the maltier beers go more with the main courses—spicy dishes, grilled meats, pasta—and the hoppier or spicier beers go with dessert or dishes with notable sweetness.

The third fundamental of do-it-yourself-beer-dinnering is to use food pairing as a way to discover styles that you didn’t know you like. You may say that you’re not a fan of sours, for instance, but taking a sip of a sour with a rich, creamy, or cheesy dish can transform the sour experience completely. Any fattiness in the food will tame and balance the sourness in the beer, and the carbonation will cleanse, refresh, and enliven your palate. Don’t like saisons? Try pairing one with a salad, a citrus-based dish, or a sweet dessert. Saisons are, in fact, my vote for the most food friendly of all beer styles, bar none.

With my self-guided beer-pairing goals in mind, I visited three local restaurants to see if I could stumble upon a few creative matches that would enlighten, surprise, and delight me (and, by extension, maybe you!).

The first beer pairing I did was at Clara, a cozy new "elevated comfort food" restaurant in Carlsbad developed by local entrepreneur and former Stone Brewing executive chef, Alex Carballo. The 12 taps at Clara offer a well-curated mix of diverse styles—lighter lagers, a Berliner weisse, saisons, IPAs, and a few dark, malty selections. There is something for nearly every palate and every kind of food. The menu has a lot of fresh produce and combines bright, clean flavors with homey and traditional preparations. Everything I tasted was delicious, beautifully presented, and served with a smile (I promised my server, Alexander, I’d give him a shout-out!). The tasting revelations of the night? For starters, deviled eggs and Home Brewing’s Tarty Boys Berliner Weisse. Chef Alex’s eggs, pickled in mustard brine and topped with creamy yolk and prosciutto, were the perfect match for the light body, crisp acidity, and slightly sour-briny flavors of the beer. Who knew what to pair with deviled eggs?

The second revelation of the evening came by pairing Clara’s crispy salt-and-pepper chicken with Black Plague’s Dusted Before Dawn IIPA. The chicken came with a dynamite pineapple chili sauce, which overlapped beautifully with the big citrus and pineapple flavors in the beer, but most surprising was how well this massive IPA paired with the delicate, grassy, fragrant pea shoots that came on the plate. I never would have thought such a delicate ingredient could stand up to such a robust beer, but whaddya know… they were amazing together.

The third transcendent flavor experience at Clara came with the wild mushroom gnocchi and Second Chance’s Tabula Rasa Porter. My first instinct is not to order a porter with pasta, but the brown butter, sage, and potato elements of the dish convinced me that pairing them held great promise. Bingo. The combination of fresh spring peas, leeks, and the soft, slightly chewy gnocchi, all bathed in a rich sage brown butter sauce, was an awesome counterpoint to the caramel, coffee, and chocolate notes in the beer (which is not heavy, as many people believe).

The second self-guided beer pairing I undertook was at Belching Beaver Tavern & Grill on Broadway in Vista. Chef Ramiro Guerra recently reimagined his menu to include more ambitious combinations of ingredients and techniques. I thought it a perfect opportunity to sample some of his new dishes and to pair them with Belching Beaver’s impressively diverse tap list.

Both revelations of that meal came with IPA pairings. The first dish was the seared scallops and shrimp with roasted corn polenta and microgreens in an annatto-tangerine oil. When it came to the table, I had already been sipping the Brut Willis IPA with an appetizer that included balsamic vinegar and crispy leeks (it was great with that), but I wasn’t thrilled with the pairing that came with the scallop dish. Turns out, the brut IPA was even better with the second dish than the first; the light body and wine-like dryness of the IPA was a perfect offset for the sweet main components of shrimp, scallops, roasted corn, and tangerine.

The second taste sensation of the evening came with dessert, which happens to be my most-championed course to pair with an IPA (or at least a hoppy beer with a good bitterness component). Chef Guerra’s green chile tamale cake with mezcal cilantro dulce de leche and smoked sugar whipped cream was mind-blowing with Belching Beaver’s Wet-Hopped Mosaic IPA. The beer’s bold citrus aromas and flavors, along with its light malt profile, coaxed the corn and poblano chile flavors out of the cake in a truly wonderful way. The bitterness of the beer provided the perfect foil for the sweet buttercream frosting and whipped cream.

My third self-guided pairing took place at Mission Avenue Bar and Grill on—guess where?—Mission Avenue in Oceanside. There, I enjoyed four courses created by chef William Eick and discovered a few new exciting pairing ideas in the process. The first big pairing win came when I put AleSmith’s Evil Dead Red together with Chef Eick’s rich and delicious pork belly, applesauce, celery, Thai chili, cashews, and cilantro. Rather than go the standard route—thinking an IPA would cut the fattiness of the pork—I went the opposite direction and employed a malty, rich red with plenty of hops and bitterness to do the job. The advantage there was that the red also offered bready, caramel, toffee, and coffee flavors that accentuated the sweetness of the pork and apple as it heightened the homey, comforting spices and nuts in the dish. It was perfect.

The second epic pairing victory at Mission Avenue came with the dessert. A few paragraphs ago, I said I was a big proponent of pairing desserts with IPAs, which I wholeheartedly am. But I also said one needs to remain adventurous and go the opposite way sometimes. The pairing challenge for the chocolate brownie and chocolate mousse with persimmons, makrut powder, shaved asparagus, and verbena seemed to indicate that an IPA would work, but, in fact—because the brownie was rich and satisfying, but wonderfully bittersweet—the bitterness of the IPA didn’t work super well. A different direction was needed, so I went rogue and asked for a taster of the King Harbor Hefeweizen… Bam! The bittersweet chocolate mixed with the lightly spicy, banana-laden flavors of the beer created the decadent sensation of biting into a chocolate-dipped banana. The light esters and tropical notes in the hef also punched up the persimmon and makrut components, and the satisfying umami mouthfeel created by the wheat in the beer tied all the components together effortlessly.

I’ll let you in on a little secret. Despite the guidelines and fundamentals I’ve suggested here, the bottom line is this: Beer is a very food-friendly beverage that offers wide leeway in pairing and matching. The truth is you can probably pair almost any beer with almost any dish, but depending on how good the matchup is, the results will vary from just "meh" to head exploding. So don’t be timid. Ask for samples or tasters where you’re able (so you can experiment, change course, and don’t have to commit to an entire pint) and do as much tasting as possible with other people. This strategy offers you (and your companions) the chance to sample and taste a wider variety of flavors and to talk about what you’re experiencing as you experience it. It’s always a lot more fun to taste with others, and it makes the act of beer pairing an adventure you can share while you expand your own culinary knowledge.

If you’ve had a beer-tasting/pairing epiphany of your own, we’d love to hear from you! Post a comment and let us know all about it!