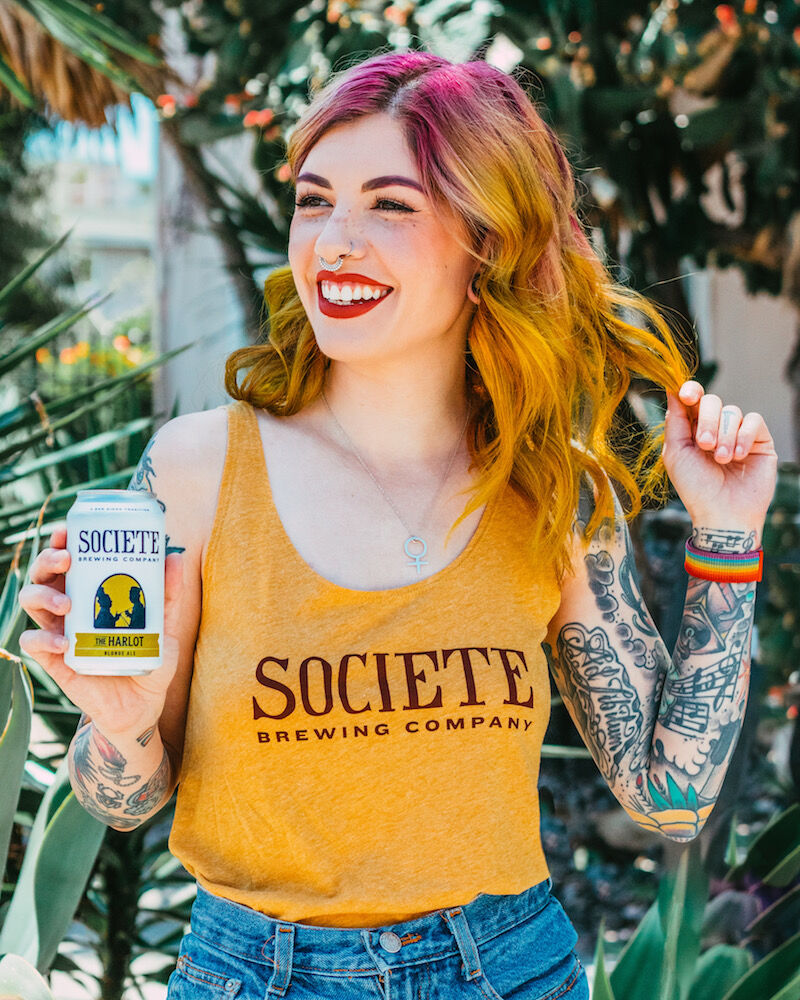 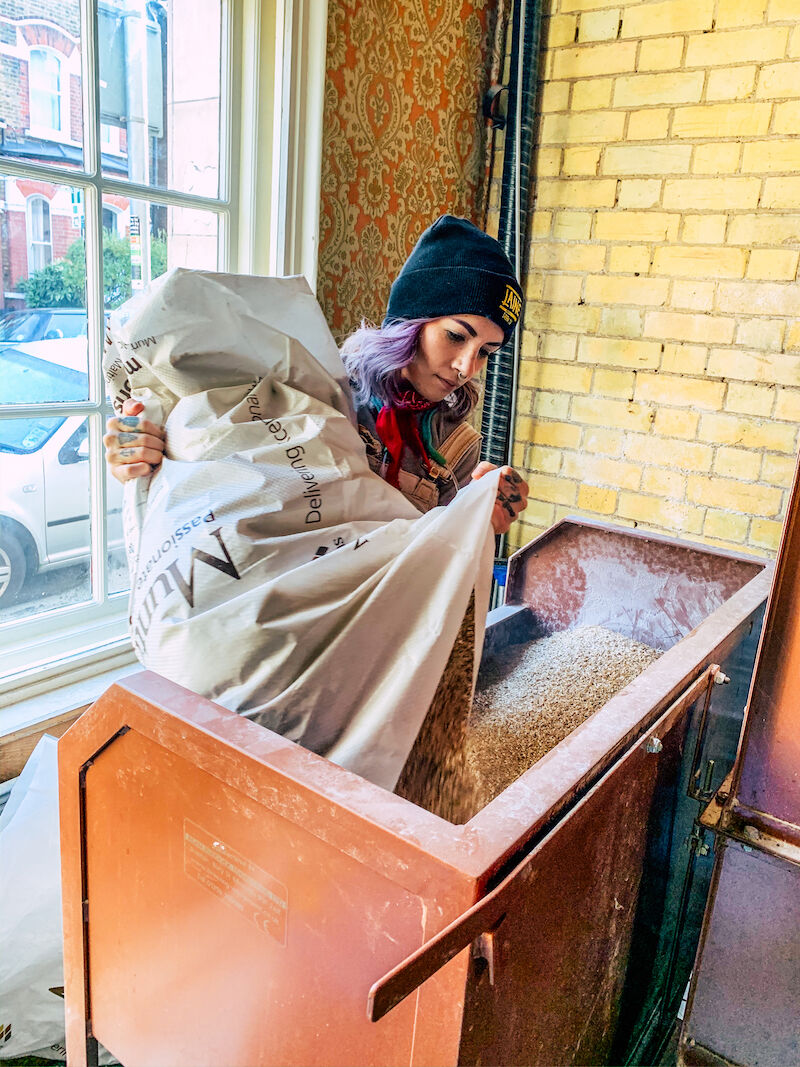 Being named the first “Woman of the Year” by the Craft Beer Marketing Awards (CBMA) is a huge honor, says recipient Megan Stone. But

it’s an honor that Stone, who uses both “she” and “they” pronouns, would love to see evolve.

“Whenever I reference the award, I actually try to use ‘Woman/Person of the Year,’ because honestly, I just don’t think it matters about gender. But at the same time, it is important to be inclusive,” they explain. “What if someone was gender nonconforming? What category would you put that person in?”

If this seems like heady talk for “just beer,” you’re right. But conversations about diversity, equity, and inclusion (DEI) are what Stone is known for, along with their brewing expertise and social media savvy. As the media coordinator at Societe Brewing Company in Clairemont, a member of the San Diego Brewers Guild Inclusion Committee, and well-known Instagram personality under their handle @isbeeracarb, Stone has long been open about their experiences as a gay woman in craft beer—an industry that’s not always welcoming to either group.

They explain that a lack of respect and representation in any mostly male industry acts as an avoidable barrier for prospective consumers and employees: “If you have all the same people doing the same thing all the time, you’re never going to grow and flourish.”

Their own growth has been buoyed by a number of collaborations and initiatives around the globe, including launching a brewing apprenticeship with Laine Brew in the UK for people from marginalized groups who wish to enter the industry. While international travel is still restricted, Stone has been working to introduce other programs closer to home, like purposely selecting a diverse range of models for Societe’s social media feeds.

“I love to give representation to all different kinds of people across our social media, so that when people look at it, they see familiar faces. They know that Societe is welcoming. They know that it’s a safe place for them.”

Even with the CMBA award recognition, Stone remains adamant that they’re far from the only voice making positive change in the beer industry, citing inspiration from other equity advocates, like Canada’s Ren Navarro and San Diego’s Brandon Montgomery. And while the award made them feel “shocked, pleasantly surprised, honored, and humbled,” Stone hopes the attention it has brought acts as a catalyst for

continued change. “I think it’s good to highlight the people who are doing good things. Hopefully, it encourages other people to follow suit.”

Looking to the future, they know the San Diego craft beer scene still has a long way to go. But they’re cautiously optimistic about the potential progress.

“I see a lot of efforts that breweries or guilds or people are putting into DEI, and I think it’s great. A lot of it won’t stick around, but I think there will be a lot that does, and that’ll continue to build over time.” Stone, for one, remains committed to helping build that progress, step by step.