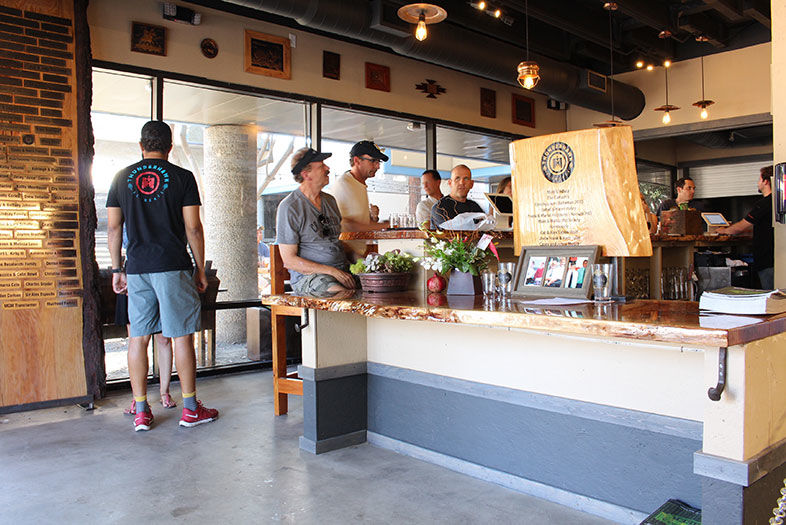 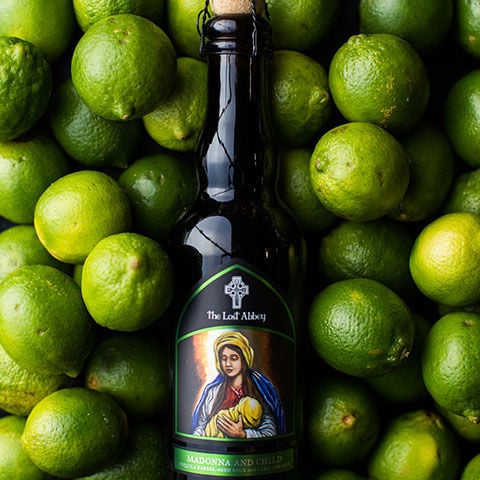 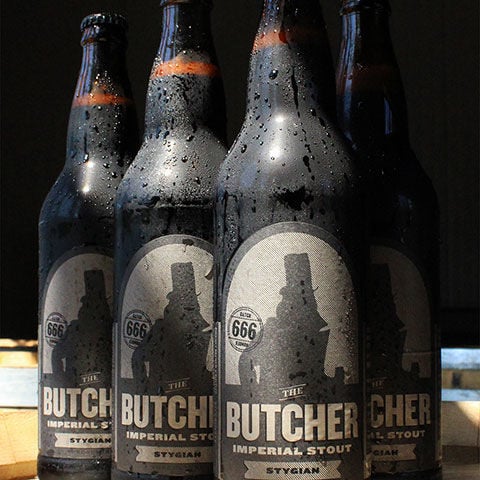 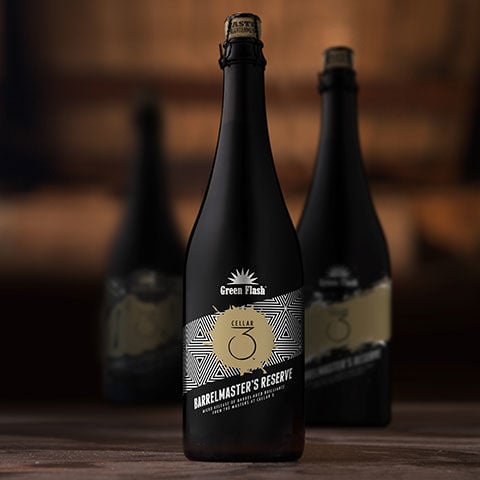 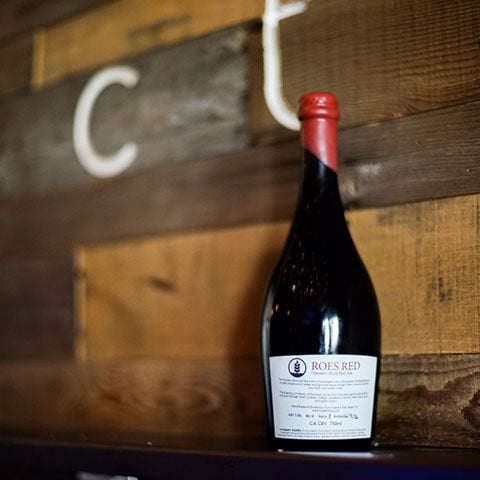 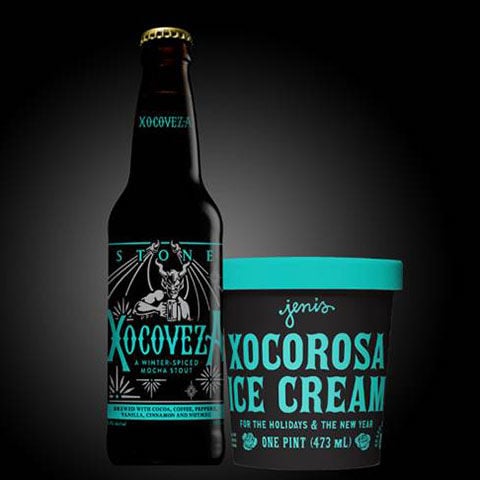 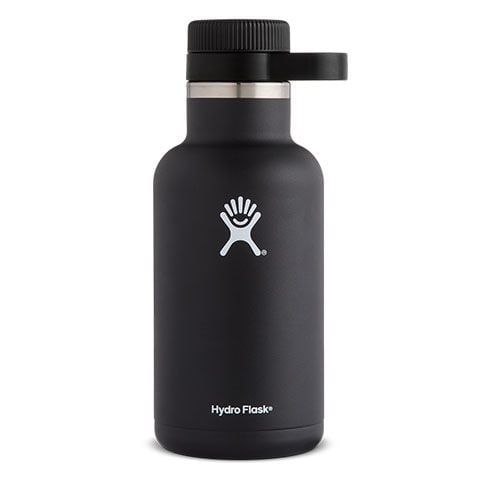 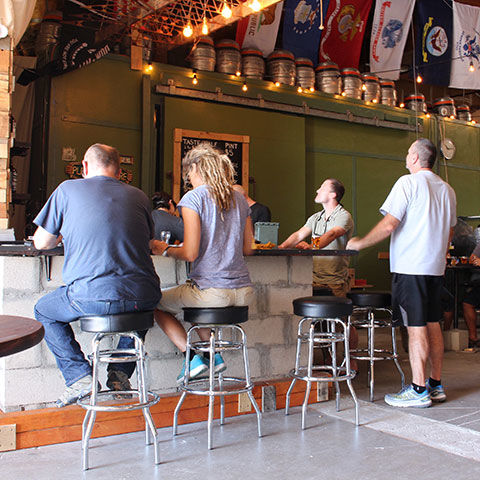 Welcome! This is the inaugural installment of a new monthly item I’m calling "Bottle (re)Cap," but—to be clear from the get-go—it’s not only about bottles. It’s also about intriguing beer products and special people, places, and things that are particularly worthy of mention but don’t require more than a paragraph of coverage. The idea is to keep you in the know about recent special releases, innovative products, and newly opened breweries that you may want to check out. So—here’s your Bottle (re)Cap for September:

Lost Abbey’s Answer to the Margarita:

Tomme Arthur challenged his San Marcos brewing team to come up with a beer that captured the essence of a properly crafted Margarita, and so they did. Madonna and Child is a Tequila Barrel-Aged Sour with Lime and Salt (11.25% ABV) that has an intense citrus aroma and just a hint of sweetness on the finish. As Tomme says, the beer "begins with a refreshing lime tartness balanced with some dark sugar and ends with a hint of salt and some spice from the tequila." The beer will be available through Lost Abbey’s main distribution channels, so you should be able to find the 375-ml bottles at your favorite bottle shop (if you go soon!).

They said they would only bottle their "feral" beers, which are the barrel-aged beers in their sour program, but the guys at Societe really wanted to celebrate the 666th batch of beer produced in their brewhouse. Lucky for us, they decided to celebrate with a special very limited release: 22-ounce bottles of their exceptionally tasty Butcher Imperial Stout (9.666% ABV). This is good news for Societe fans who will love an opportunity to keep a bottle or two around for a little while to see how it develops. Available at the tasting room, while supplies last.

This beer is the second limited and rare beer release in the Cellar 3 Barrelmaster’s Reserve series. At a whopping 17.5% ABV, this barrel-aged Barley Wine is the highest ABV of any beer Green Flash has ever released (and that’s saying a lot!). The Barley Wine was aged for a total of six years—partly in brandy barrels and then in bourbon barrels. Barrelmaster Pat Korn says the beer "presents an aroma that is sharp and spirit-barrel forward. Prominent flavors of toffee and caramel envelope the palate, and supporting notes of ripened stone fruits with nutty complexity unfold through the finish." Only 600 bottles were produced. The next special release will be in December: a gin-barrel-aged Tripel called Divine Enebro. Watch this space for the heads up.

This small Miramar brewery has made a large impression on the craft community since it first opened at the beginning of this year. Part of what makes them special is the interesting variety and complexity of beers they produce; they’re not following the same old "core beers" strategy that so many other breweries adhere to. Their latest release, a Flanders Red-style sour (7% ABV) is an ambitious beer, modeled on one of brewer Winslow Sawyer’s favorite Belgian styles. According to Winslow, the beer (which uses a proprietary blend of more than five yeast strains) "features a strong cherry aroma and complex malt background of dark aged fruits and leather" with a sour bite from lactic acid. The beer was aged in French oak barrels that were previously used to hold Napa Valley Pinot Noir. Availability is very limited, so inquire at the tasting room.

Personally, I don’t see enough beer-and-ice-cream stories, so here’s one that caught my eye: Looks like Stone Brewing Co. is teaming up with Jeni’s Ice Cream to promote a special pairing of products that are designed to work perfectly together. Jeni’s has developed a Xocoveza-inspired ice cream, called Xocorosa, that incorporates a bunch of the flavors from Stone’s special mocha stout into the frozen dessert. Xocorosa is a chocolate ice cream made with jalapeno and smoked paprika that also has notes of cinnamon and a subtle spiking of rose. The ice cream will be available in limited quantities in October.

This isn’t a beer, but it is a bottle! I thought this nifty product would be of special interest to hard-core crafties, since it holds as much as a conventional glass growler but, unlike the glass, it also keeps your beer perfectly cold for 24 hours without any need for refrigeration. Its special design also provides for a leak-proof seal that retains carbonation longer. This means (yes!) you now have the perfect vessel for taking a full half-gallon of your favorite brew on a day-long bike ride, hike, or camping trip. Also available in a 32-ounce size, but why go small?

Two more breweries, within minutes of each other, have now opened their doors in the Miramar enclave. Thunderhawk (8675 Miralani Drive) has a nice outdoor beer garden as well as a cozy indoor bar. Their lineup offers an admirable variety, including a bunch of different pale ales. Go and try: Sun Zener pale ale and the Dunkelweizen.

Little Miss (7949 Stromesa Court) occupies a high-ceilinged industrial space that’s been spruced up with all sorts of nifty WWII paraphernalia, including the wing of a vintage airplane, old war posters promoting the war effort, and a concrete "bunker" that doubles as the bar. The initial beer lineup includes three pales and an IPA, along with a coffee porter and a few variations of Berliner Weiss. Go and try: Rosie Ginger Wit.