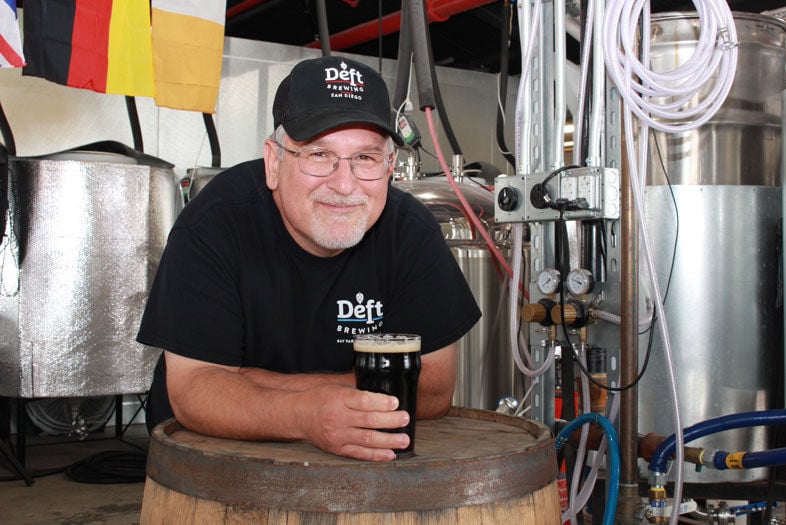 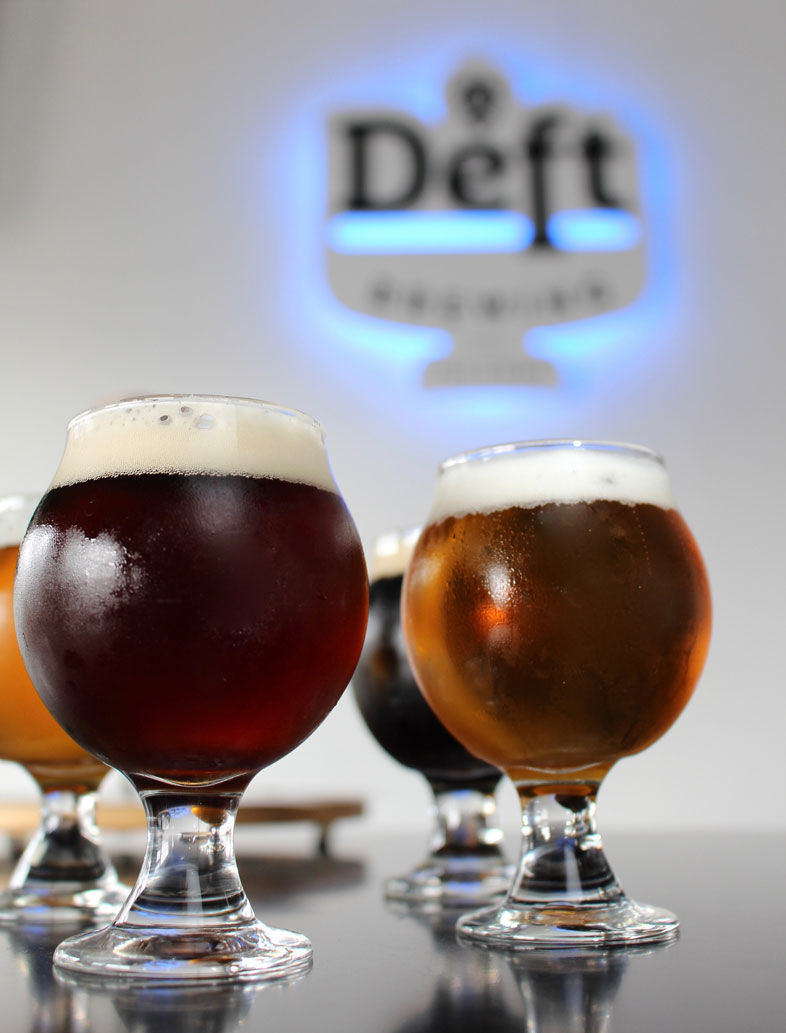 Homebrewers everywhere should be inspired by Mo Nuspl. He’s one of those guys who never trained at Siebel Institute, never apprenticed at a pro brewery, and didn’t think all that much about craft beer before he decided he would make it his life’s work about five or six years ago.

Now, there’s nothing at all wrong with training at Siebel, going through a brewing program, or apprenticing at a brewery, but homebrewers and aspiring brewers should be encouraged to know there are other ways to wind up making great beer at your own brewery. Mo Nuspl is proof of that.

As part of a major life-and-career change about two years ago, Mo decided he would leave his job as a mechanical engineer and turn his efforts to pro brewing. He had studied techniques, brewed lots of beer, and finally got to the point where he felt he was good enough to open his own place. This kind of straightforward, no-nonsense approach has translated directly to all the beers that Deft Brewing now offers its patrons. In the tasting room, there is a distinct lack of pretense, an absence of clever logos, no forced pun-laden beer names or cheeky chalkboard graphics (the beer tap signage is printed on inkjet printers), there’s simple swag, and a modest, comfortable feeling that this place is simply about good beer.

Sipping on a taster of Bruxelles Trip—a wonderfully spicy, tropical, and bready Belgian tripel—I sat down with Mo to get his answers to my five big questions.

What was the defining moment that made you realize you wanted to start brewing?

Mo: I first started getting into brewing in college, but it wasn’t so much craft beer as it was more a love of the imports. Especially German beers and English beers. So lagers, Guinness, and Newcastle, for example.

Yes. So when I started brewing more seriously here in San Diego, I’m not quite sure what the catalyst was. I actually didn’t know all that much about the craft beer scene. I was still more into imports.

Well, those beers are part of a kind of "craft beer scene" in that they actually have flavor, and many of them have inspired our brewers here today.

Right, for sure. At some point I decided I wanted to start doing more homebrews and I wanted to do my take on the European styles. I didn’t want to focus so much on the IPAs. I wanted to see if I could brew some of the classics. Even though you get some amazing beers from across the pond, anybody will tell you that, if you can come up with something that tastes like there and have it local and fresh here, it’s going to taste a lot better than anything you can get in bottles. And there’s something to be said for that.

When did the light bulb go off that you should start your own pro brewery?

Well, it was actually Mike Finn, who is an invaluable member of the brew team—he and I were occasionally visiting some of the craft breweries here in town—we were getting into the craft beer scene. We were kind of late to the party, but he and I would visit some of these tasting rooms and it inspired me to ask him, "What if we open our own brewery?" At first it was kind of toying with the idea, kind of tongue in cheek. But then career-wise I was at a crossroads. If I wanted to stay in San Diego, I had to change my career and do something else. So I thought opening a brewery would be our opportunity to grow deeper roots here in San Diego, specifically in Bay Park. I also thought if we can make this successful, a great neighborhood craft brewery is a great tool to help and be a part of the community.

What surprises you most about San Diego craft beer fans?

Coming into this, I was a little concerned about experiencing a lot of pretentiousness. Especially toward someone like me, whose brewing experience doesn’t go back all that far. The cool thing is that we’re making really good beer and people within the industry are really embracing us and accepting us, despite the fact that I don’t necessarily have that pedigree. I’m also really surprised at how cool our clientele is here. I don’t know how our clientele compares to other tasting rooms—maybe we’re just really lucky—but we don’t see that pretentiousness from our clientele.

What would you say you’re most proud of here at Deft?

Our staff. We consistently get awesome reviews on Yelp and Google, and a lot of those reviews mention how friendly the place is and how it’s got such as nice vibe to it. And a lot of that has to do with the people we have working here. Another thing I’m proud of is how we’ve developed—through organic growth and word of mouth, not a ton of marketing—a really nice clientele. People I enjoy having conversations with. And they’re people that come in eager to try a new beer. They’re looking for something different, not just another IPA. I love IPAs, but that’s just not our focus. So I love the fact that we’ve developed this great clientele where people are adventurous.

Is there a particular beer that surprised you for how well people took to it?

Well, definitely the Altbier. It’s truly a delicious beer. But I would say the most surprising is our Golden Mule. It’s a light, golden ale that emulates a Moscow Mule. It’s actually a very interesting beer, brewed with ginger and lime. I’ve been really surprised at how well that’s done. We have it on all the time now.

Well, that segues well into my final question. What’s your desert island beer? The one and only beer you could drink for the rest of your life...

Oh, that’s a tough one. It would have to be a Belgian tripel. I’ve always loved them, and I particularly love our Belgian tripel. Westmalle Tripel has always been one of my favorites, too.

What is it about that beer that makes it your perfect beer?