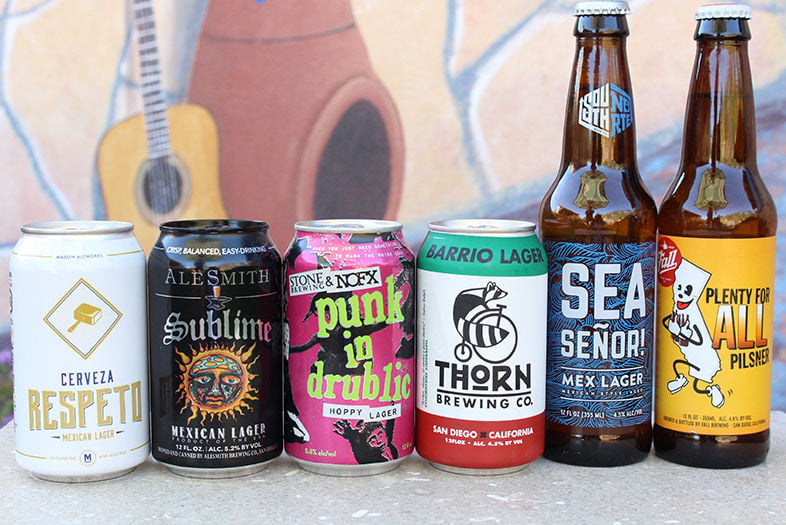 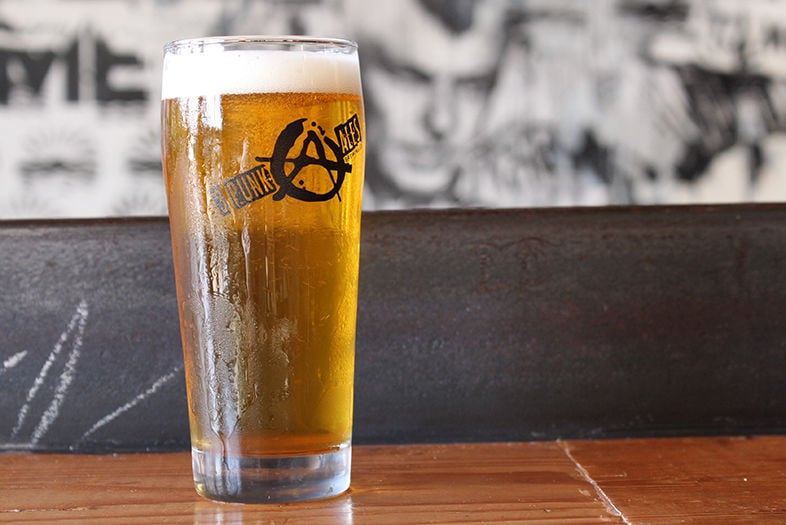 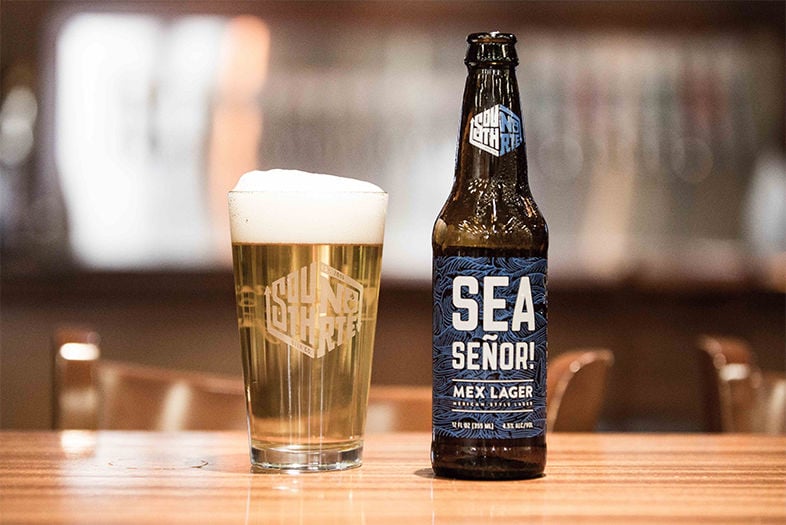 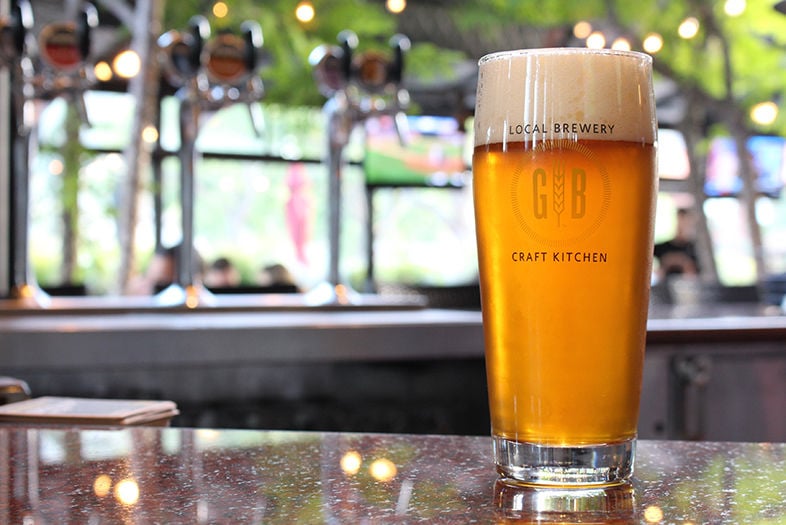 What goes around comes around. That’s especially true with fashions, tastes, and trends. In the San Diego beer world, which is currently experiencing a lager renaissance, it definitely feels like what’s old is new again.

To use another well-worn turn of phrase: Things in the beer world have now gone full circle. The very founding of the craft beer movement was based on a reaction to—and rejection of—those tasteless mass-produced lagers that, for generations, made up nearly 100% of all American beer production. You know, I’m talking about the brands with the fluffy horses and the mountains that turn blue when you put them in the fridge. The craft brewers’ response to those American lagers was to create full-flavored beers that showcased fresh ingredients and big malty and hoppy character. Those beers eventually evolved into all types of styles, most notably hoppy "West Coast" IPAs. The trend that followed the hoppy IPAs was the Double IPA and then the Triple IPA. It seemed, for a while, that craft drinkers craved as many hops as could be crammed into a single pint glass. But hop fatigue soon ensued, and drinking tastes started to move back to the idea of "sessionability" and "accessibility." Session IPAs and pale ales started showing up on tasting room boards, and they were soon accompanied by more and more pilsners, blondes, and kölsches. As consumers looked for ways to lighten up, those cleaner, crisper, lighter, and lower ABV brews became more and more popular.

Which brings us to today: Walk into any tasting room in San Diego and there’s a good chance you’ll find at least one tap flowing with something in the lager family. There’s an increasingly good chance that the beer will be a Mexican lager, since that has become one of the hottest brewing trends (along with other lager styles, such as Japanese lagers and Bohemian-style pilsners). Brian Dewey, senior director of sales for Stone Distribution, says, "Pilsners/lagers are the most explosive style in our book and they currently enjoy a great amount of interest and activity in the market, especially in packaged/retail brands." Dewey says that Stone’s latest lager release, Punk in Drublic, was so successful that their 8-week sales forecast was sold in a little over 3 weeks.

So why are lagers hot now?

Doug Hasker, regional brewer for Gordon Biersch (and San Diego’s unofficial "Godfather of Lagers"—dare I call him "The Lagfather?") has been brewing these light, crisp, and clean beers for many years. He has a theory about why lagers have recently emerged from the shadows of the big hoppy beers: "I think with the boom of West Coast IPAs, most breweries realized they each had to have their version of ‘outside the box’ to find their niche. For a long time, that niche did not include lagers as they were thought of as old and tired, not new and exciting." Now, Doug explains, all those guys are creating a niche with "outside the box" versions of lager styles. "The lager guys all knew it would eventually get back to lagers," he says, "because they are generally superior beers." (Doug’s admittedly a little biased on the subject, but many of his fellow brewers actually agree with that assessment.)

Ryan Crisp, head brewer at AleSmith, also sees the current boom in lagers as part of a continuum, but also the result of greater consumer sophistication. "Over the last decade, we’ve seen the tastes of the average craft consumer evolve," Ryan says. "Consumers that once sought out the biggest and most intense flavors have now expanded their palates and their knowledge of classic beer styles and are increasingly interested in lagers that are subtle, balanced, and clean. As a result, we’ve seen a significant increase in the popularity of Pilsners, Mexican Lagers, IPLs, and other lager styles."

As more brewers in town have turned their attention to brewing lagers, Doug Hasker has noticed an uptick in phone calls, emails, and requests for advice. "Most brewers that offer lagers here in San Diego have contacted me for yeast or advice at some point," Doug says. "Many have excelled in making fine lagers, to the point of not needing me anymore! Travis at Societe is a great example of taking what I offer and putting his own spin on his lagers. And Scot Blair does an excellent Helles bier at South Park Brewing."

Even though the lager-style category has been building in popularity for a while now, the latest craze within that category is unquestionably Mexican-style lagers. These beers are typically darker in color than other light lagers, they often have a bit more of a malt profile, and many feature a cereal-like aroma and a hint of sweetness that comes from the inclusion of corn in the mash. Ryan Brooks, head brewer for SouthNorte, one of San Diego’s newest breweries, chose to make his Mexican lager—Sea Señor—his debut release. "While the flavor profile of Mexican lagers may not be as complex as other styles, finding the perfect balance to create that crisp, clean flavor is still a challenge for brewers," Ryan explains. "Mexican lagers are a personal favorite of mine because they’re so smooth and refreshing, and like many other things in life, it’s the simplest things that are often the hardest to nail." Ryan, who has spent a great deal of time in Baja, is just one of many San Diego brewers who has been inspired to collaborate with Mexican brewers and to emulate some of their classic styles. Brewers from Duck Foot, Stone, and Mikkeller are just a few who have brewed collabs with our neighbors to the south. Grant Tondro of Mason Ale Works says they recently closed a deal to brew a collaboration beer with Border Psycho from Tijuana—and the entire 30-barrel batch will be heading to Mexico in kegs, cans, and eventually in bottles.

If you want to try some of the best lagers in San Diego, my advice is first make a pilgrimage to Gordon Biersch in Mission Valley and taste the beers from Doug Hasker. He always has a bunch of lagers on tap and they’re always great (last I spoke to Doug, 7 of his 9 beers on tap were lagers). That visit will give you the best sense of what these beers should taste like. If you want to seek out others in San Diego, here’s a quick list of other beers and breweries that offer exceptional flavor, balance, and satisfaction in the lager-style category.