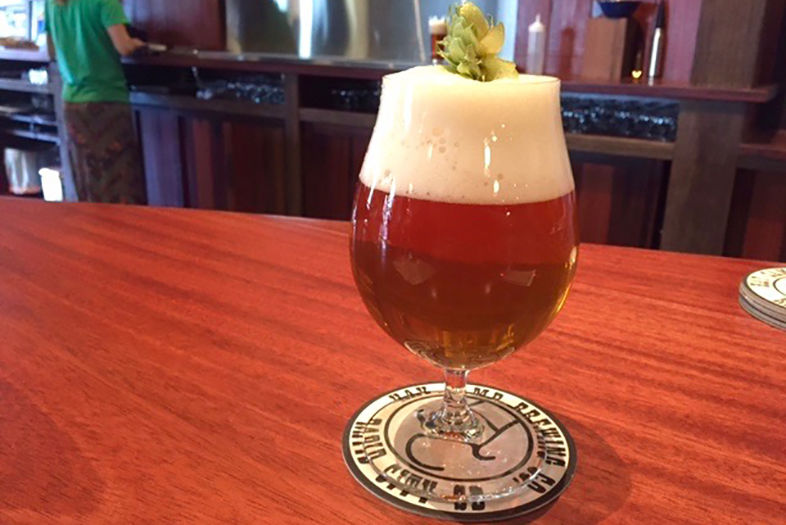 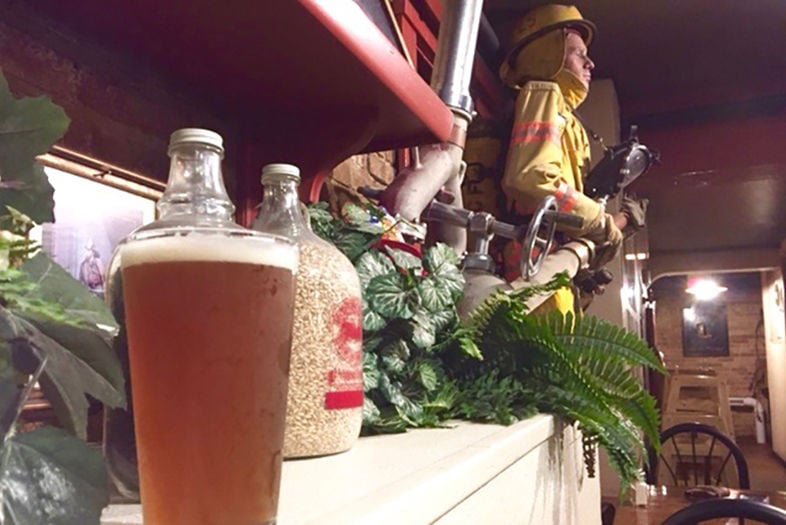 San Diego beer has ruined me for drinking anywhere else. A recent 1,400-mile road trip through Colorado, Wyoming, South Dakota, North Dakota, and Nebraska offered me a valuable glimpse at what beer-drinking life is like outside the San Diego beer bubble; generally speaking, it ain’t pretty.

Of course, it’s no big surprise that most of America still drinks mass-produced corporate beers—craft beer is growing fast, but it's still less than 13% of the total beer market—so I fully expected to see those beers on tap at most burger joints, pizza places, and bars. I did expect, however, to see a whole bunch of hop-centric beers at the craft breweries and bars we visited—I just assumed (naively) that the rest of the country had taken our lead and was now enthralled with big, hoppy pale ales and IPAs. Alas, not so much.

Now, Denver and Boulder were a bit of an exception—I consider Colorado on near-equal footing with San Diego in terms of beer quality, innovation, and variety—but even places like Euclid Bar + Kitchen in Denver and Boulder Beer Company in Boulder were not offering very hop-intense draft lineups. In most cases, they had two or three hop-centric brews mixed in with a variety of styles that ran the gamut from Belgians to stouts to wheat beers. Kudos for variety there, but I thought customers in these places were demanding a much wider variety of hoppy beers; evidently not.

Feeding my hop habit became even tougher once we left the city limits and headed through Wyoming, and South and North Dakota. We dined at tap-friendly restaurants in South and North Dakota and Nebraska, but the only craft breweries we were able to visit were in Rapid City, South Dakota. Now, I wouldn’t assume that our limited samplings were necessarily indicative of the entire state or region, but I was struck by how malt-centric the craft beer culture seemed. At the Firehouse Brewery in Rapid City, they had ten beers on tap, only one of which was a hoppy offering (the 620 B.C. IIPA). The rest of lineup consisted of a few lagers, a wheat beer, an Irish Red, a smoked ale, a red lager, a brown ale, and a stout. Not a pale ale or hoppy lager in sight.

The lineup at Hay Camp Brewing Co.—also in Rapid City—included a few more IPA-style brews, but even the ones they designated as "hoppy" had very prominent malt aromas and flavors and were brewed more in the English style than the West Coast style. I guess that’s not surprising, but I was expecting to find at least one intensely fresh hoppy ale with prominent citrus or pine or tropical fruit—they just weren’t in the offing. The closest I came was an APA called Loop the Loop, which billed itself as an "American Pale Ale" that had been continuously hopped with Cascade and Citra. It was nice, but its medium-apricot color and rich malty notes left me yearning for a light, bright, crisp, hop-bursted San Diego IPA. Don’t get me wrong, Hay Camp’s beers were all good (their two styles of Bitter were standouts), but they just didn’t do much to quench the West Coast thirst.

All this is not to criticize non-San-Diego beer in any way—the quality from most craft breweries we tasted was very good. It is simply to point out that living and drinking in San Diego seems to hone one’s palate in a very specific way—not only for hoppiness, but for big, bold, aggressive flavors in all styles. This makes it a bit of a shock to the system when you’re forced to do a five-day hop-detox on the road. First World problems, I know.

Living and drinking in San Diego seems to hone one’s palate in a very specific way—not only for hoppiness, but for big, bold, aggressive flavors in all styles.

My flight home included a layover in Minneapolis with time for a burger and a beer. I scoured the terminal for a place that had beers on tap, and found two or three (but they somehow all seemed to share the same tap handles). I settled on a place that had the largest number of draft beers from which to choose. I sat down, scrolled through the menu, and found a bunch of light lagers, wheat beers, reds, and an ESB or two. There was Sierra Nevada Pale Ale, but not a single IPA. The ESB (from Bent Paddle in Duluth, MN) was very good—and excellent with a burger—but my hop craving was yet to be sated.

It was nearly midnight by the time I landed in San Diego, got off the plane, and headed toward the baggage claim in Terminal 2. On my way, I walked past the Stone Bistro; just the sight of it made me heave a hop-felt sigh of relief. The bistro was closed (too tired for a beer anyway), but the next day I was sure to make the first beverage of the evening a bold, bright, and super-hoppy San Diego IPA. I flipped off the bottle cap, heard that wonderful little hiss of freshness, and thought to myself, "Ahhh. Home Sweet Home."