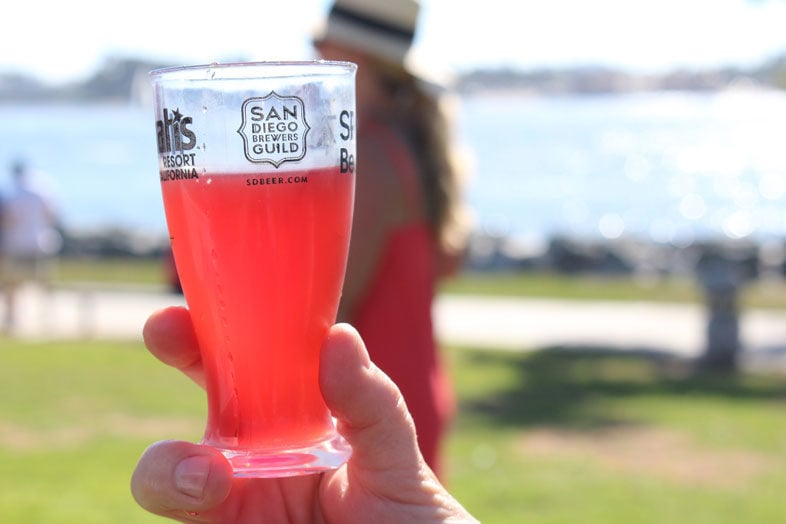 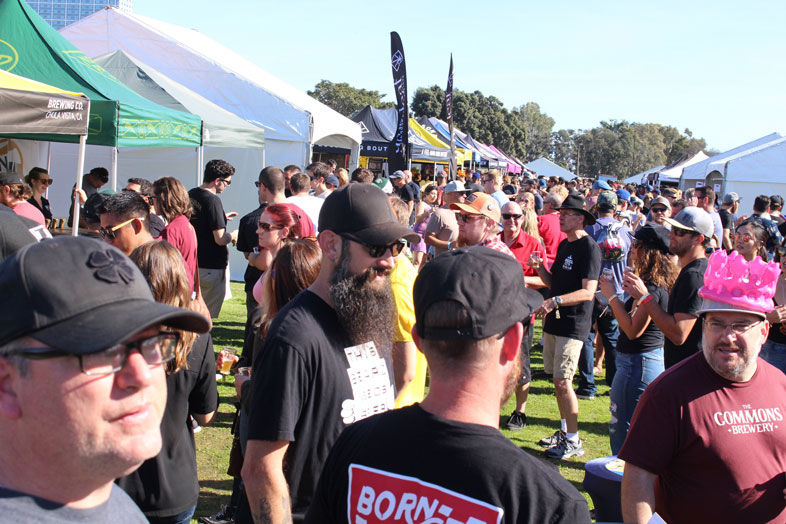 Wandering down the aisles at Guild Fest last Saturday, I was struck by how great a beer city San Diego really is. Maybe it was the light shimmering off the bay at Embarcadero South, or the beauty of the Coronado Bridge set against a vibrant blue sky, or the gleaming white boats bobbing gently in the marina nearby. I think it was actually all those things—combined with the fact that I was surrounded by hundreds of taps pouring beers from 110 great breweries. They were all there, as I was, to celebrate the fact that beer is king in San Diego.

Guild Fest is designed to be the signature kickoff event of San Diego Beer Week, which lasts a total of 10 days and comprises more than 500 beer-centric events all over the county, but it’s also designed to bring home the message that America’s Finest City has a jaw-dropping number of breweries (more than any other county in the US) and we’re making really great beer. The celebration, however, is not only about the numbers—it’s also about the strength and character of the beer community in San Diego. It’s about how beer has become part of the very fabric of our city, and how it has seeped into nearly every aspect of our local culture. That, too, is thanks—in large part—to the great work our brewers have done.

Yes, beer is not for everyone, and not everyone who lives in San Diego is a fan of (or even knows about) our craft beer scene. But, for those who are fans, followers, or brewers—for those who seek out a city where great beer is not only readily available, but is an integral part of daily life—there are few places as beer-perfect as San Diego.

In recent years, I’ve noticed (with glee) that many local businesses and organizations have more fully embraced our craft beer producers. More restaurants take pains to highlight their curated beer lists and have incorporated more local tap handles into their daily offerings. I’m also talking about tiny mom-and-pop pizza joints and sandwich places that feature San Diego taps (even if it’s only one or two). All sorts of retail stores—everyone from teeny bodegas to local chain supermarkets—have expanded their variety of San Diego six-packs. (Many even have a surprisingly wide array.) Sushi places. Burrito places. Coffee places. Even my neighborhood bakery has an impressive, well-curated collection of six San Diego tap handles to complement their sandwiches and bakery offerings.

Guild Fest and Beer Week are great times to sample and taste an astounding variety of beers from more than 150 local breweries, but they also provide a special time to celebrate our local beer industry, i.e. the actual business of beer. The celebration is not only about what the industry has done for the city (more than $1 billion in economic impact last year!) but also the unique way it was built.

The San Diego beer scene developed through an unusually strong sense of cooperation among its brewers. The spirit of camaraderie that defines and guides the community has created a resilient network of brewing professionals who have provided incomparable support for each other. They’ve pushed each other, inspired each other, and made San Diego an especially welcoming place for new and aspiring brewers—homebrewers as well as pros. Even the newest brewers in town will tell you that, if you ask a San Diego brewing veteran for help, he or she is always happy to give it. That sense of working toward the "greater good," of working to help everyone keep San Diego beer at its best, has always been at the core of this town’s brewing success. And that’s another thing to raise a glass to!

There are still four big days left in Beer Week 2018. If you haven’t yet been out to experience one of these unique celebrations, I strongly encourage you to do so. Still on the calendar: special beer releases, tap takeovers, beer and ice cream pairings, beer and donut pairings, beer and cheese pairings, pinball and beer, music and beer, trivia nights, barrel-aged blowouts, and much, much more. You can find a complete listing of Beer Week events at sdbeer.com.

Taking part in at least one Beer Week event or celebration—whether you’re a big beer lover or not—will give you a special glimpse of what San Diego is all about these days. It will also connect you more fully to a place that has built a unique and engaging identity for itself—a place with a beer culture that’s truly dynamic and exciting to experience.