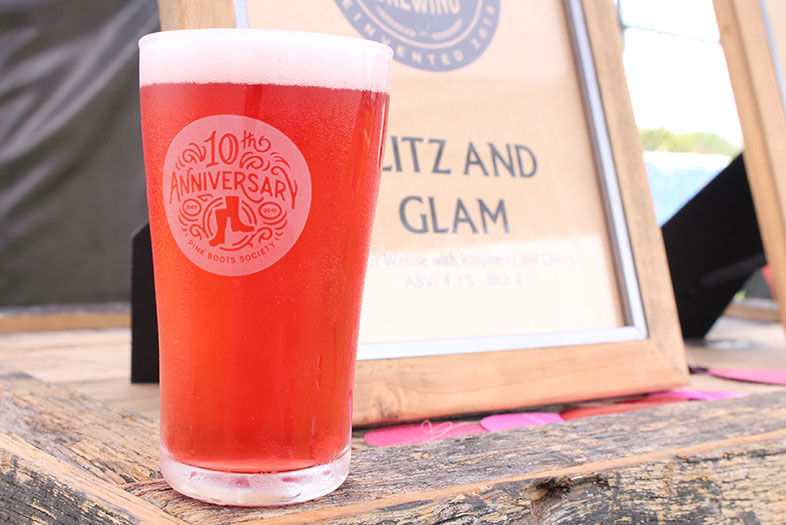 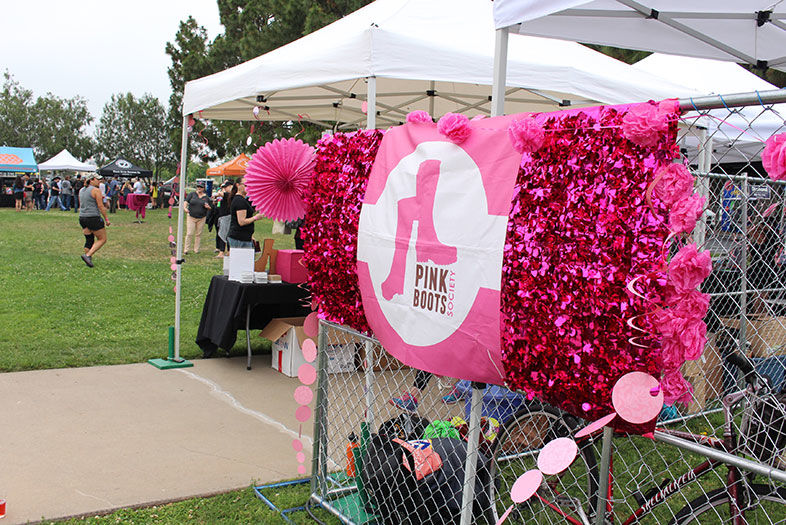 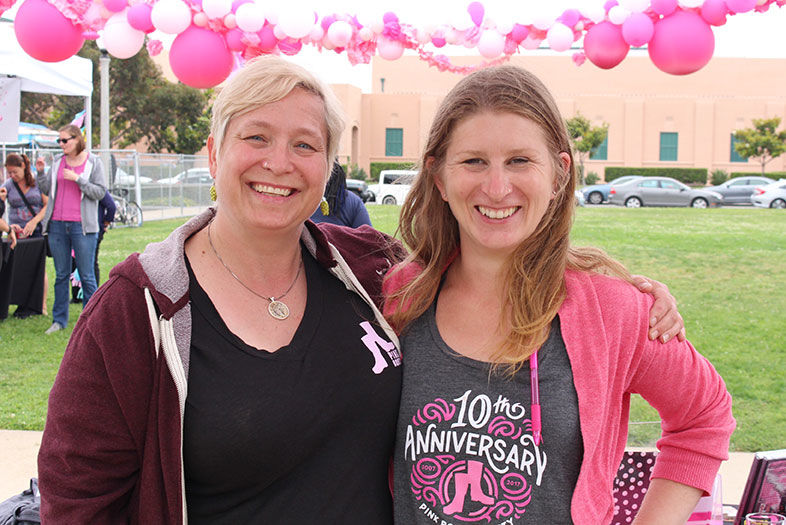 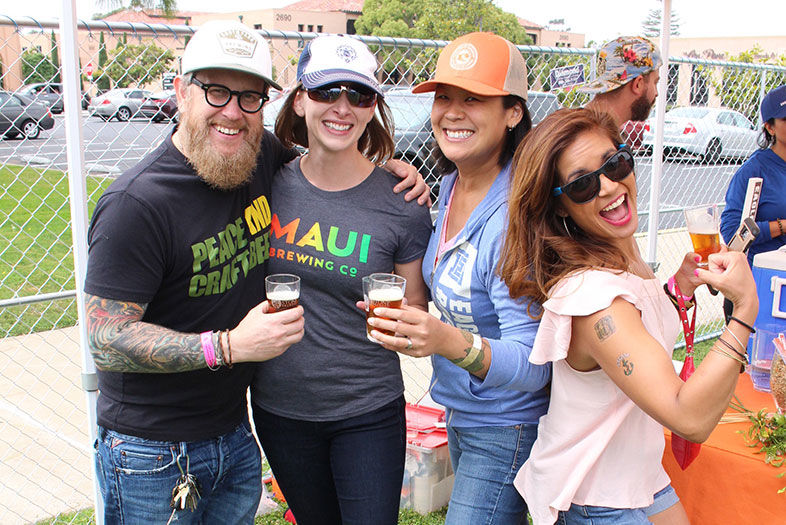 Thanks to a decade of hard work, outreach, and a unique vision, Pink Boots Society today helps thousands of women in the brewing industry all across America and around the globe.

If you like the idea of supporting women who make their livelihoods from the business of brewing, you should be proud to be a San Diegan. The charter chapter of PBS—which is also its largest and most active—is right here in San Diego, with nearly 160 members representing dozens of local breweries. Because of the special role San Diego has played in the success of PBS, Mayor Kevin Faulconer officially proclaimed June 3 Pink Boots Society Day.

The mission of PBS is multi-faceted, but most of its work focuses on providing educational opportunities for women who want to get into the brewing field and then providing support and resources for those women once they are in the profession. Executive Director Emily Engdahl says, "Our main mission is to make sure we equalize the playing field for women and men in the beer industry. We try to make sure that when women come to beer the industry, if they’re lacking in any sort of educational component, we help them further their career and neutralize any gender inequity."

Engdahl explains that lots of women are looking to get into brewing and they are coming from every possible facet of life, but many of them have not been able to take any sort of a "traditional route" into the business. Accredited brewing programs are just now starting to become widely available, according to Engdahl, and Pink Boots wants to make women aware that they can take advantage of formal training if they want to—and they can possibly even do it with the help of a Pink Boots scholarship. (Since 2013, PBS has given more than 50 professional scholarships to women who wanted to pursue a life in beer.) "Ten years ago, a sixteen-year-old girl who really loved science, or biology, or fermentation science would never have been able to say that she was going to go for some sort of a brewing degree," Engdahl says. "It just wouldn’t have been commonly available. So we primarily exist to make sure that women get the education that they need."

Ten years ago, in 2007, brewmaster Teri Fahrendorf set out on a 139-day brewing road trip across the United States with a pair of pink brewing boots that had been given to her by her mother-in-law. On the road, Teri met several women brewers she didn’t know existed, nor did they know of her. These women felt a certain kinship with one another, and felt a desire to become more connected. Teri’s nineteen years of brewmaster experience also seemed to inspire these beer professionals, and their desire for information exchange and mentoring motivated Teri to start building a list that eventually included 60 women brewers. That list was the beginning of Pink Boots Society.

PBS’s first official meeting was held in San Diego at the 2008 Craft Brewers Conference. In the fall of 2008, the 35 members voted to make Pink Boots Society a 501(c)(3) and to open membership to any woman anywhere in the world who made her income from some aspect of the beer industry. By 2016, membership had climbed to more than 2,500, but, according to Director Engdahl, "Our membership requirements allowed any woman in the beer industry making any portion of her income from beer—even a penny—to be a member. That sort of diluted our membership and we weren’t finding that we had the same academic and scholarship focus that we really wanted to have." So, in 2016, the society changed its structure and made dues-based membership a requirement. Today, just a short year after making that significant change, the new membership base has already grown to more than 1,200 members in more than 10 countries around the world (including China, Japan, Switzerland, New Zealand, Australia, Canada, and Slovenia).

The other major mission of Pink Boots—in addition to the educational outreach—is to provide a valuable support network for women who already work in beer. "We offer women a chance to talk to one another on a different kind of level," says President Laura Ulrich. "With us, you don’t feel like you’re going to be judged for saying something stupid, you have a chance to be really open and honest. That’s kind of how we all started this and it's also how we’ve grown. Being able to connect women and help them learn more about what’s going on in the industry is the key, in addition to helping them learn what they need to know to take their career to the next level."

"I joined Pink Boots the second I knew we were opening a brewery in San Diego," says Eppig Brewing Co-Founder Stephanie Eppig. "Joining the society has been the most instrumental support system I’ve had. As a new brewery owner, and someone who’s new to the industry in San Diego, it’s been great to know that there’s this camaraderie and support—people you can turn to—and to know that there are other people that want to help develop women in the industry here. That is so important to us." Eppig says that, from the earliest days of building her brewery, PBS provided her with a wealth of invaluable resources. "There are members that do everything from real estate to merchandise to working in the labs on the QA side," Eppig says. "So with that network and those contacts, I had people to reach out to. And knowing you have people you can turn to with a question—pick up the phone and call anytime for answers—is so great."

Sometimes, as Eppig explains, the support that Pink Boots provides is less tangible, but just as valuable. "There’s an emotional side to it as well," she says. "I didn’t know a lot of people in the industry in San Diego, and being part of Pink Boots means I have friends and friendly faces that are warm and welcoming every time I walk into a brewery."

There are Pink Boots chapters all over America, but the fastest-growing and most vibrant group is right here in San Diego. Because the organization began here, the San Diego brewing community may be a bit farther along than most in its quest for full integration of women in the industry. "San Diego is really very open to women working in all aspects of the business," Ulrich says. "Whether it’s working in a brewery or a tap room, on a production floor, or in quality control or P.R., there are women everywhere. I think that’s what makes San Diego unique. I don’t think there’s any brewery here that’s not about supporting Pink Boots or supporting women in the industry."