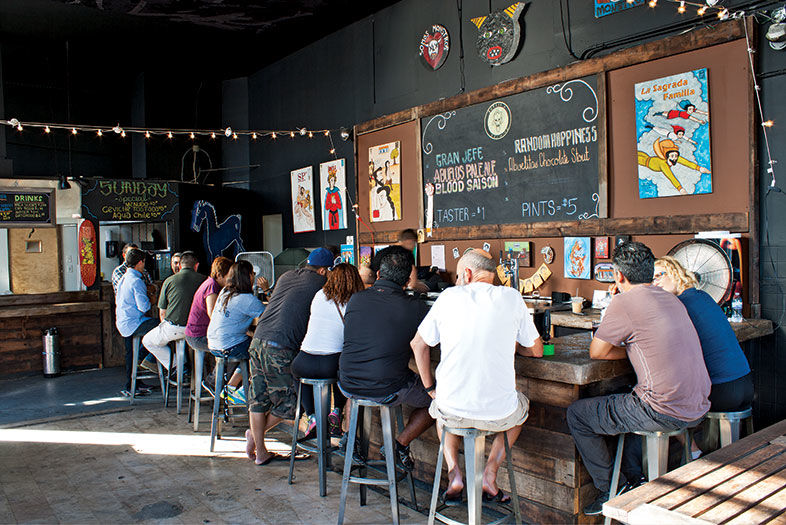 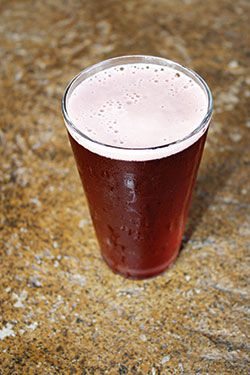 Located inside the Dos Rosas Building in Barrio Logan is Border X Brewing, the only 100 percent Latino-owned brewery and tasting room in San Diego. Since its debut in March of this year, it has set itself apart by incorporating Latin American ingredients in its beers. The Blood Saison, a jamaica (hibiscus)-flavored beer, won third place in this year’s San Diego International Beer Festival. The Abuelita’s Chocolate Stout is flavored with Abuelita hot chocolate, and Abuelo’s Pale Ale uses hops from the owners’ father’s backyard in Escondido.

A family affair, the company is owned by brothers David and Marcelino Favela, and Marcelino’s two sons, Martin and Marcel. San Diego natives with corporate backgrounds (David from HP and Marcelino from Solar Turbines), the brothers always dreamed of a family business. "We decided we had to contribute something unique to the San Diego beer scene," David says. "There were many excellent breweries exploring traditional, European flavors, or coming up with unique regional brews. We are Latinos, we grew up with certain flavors and experiences, and we thought that would be a new and welcome contribution to the scene." The Favelas hope to expand in the Barrio and beyond, with no set plans yet, but there are talks of a "Chicano Biergarten."

Barrio Logan has experienced a recent influx of change. Art galleries, Northgate Supermarket, and Mercado del Barrio are among Border X’s neighbors. David says, "We hope to make a definitive statement in the neighborhood, and bring more people into the ’hood!" 2181 Logan Avenue