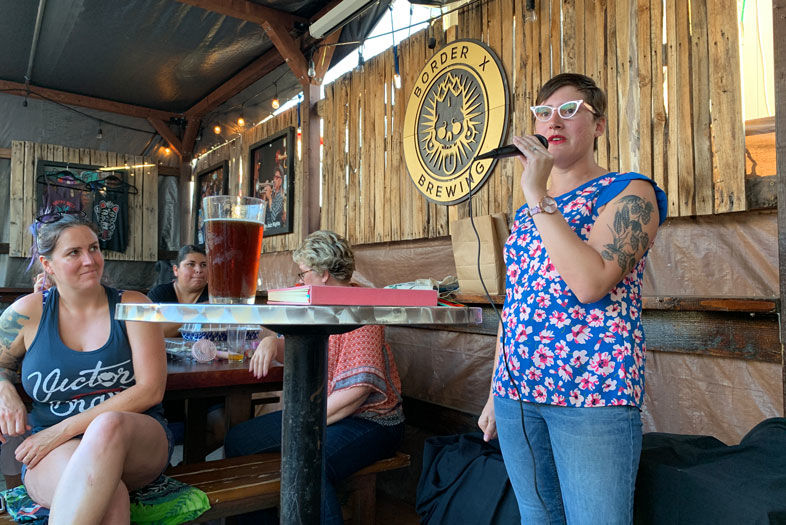 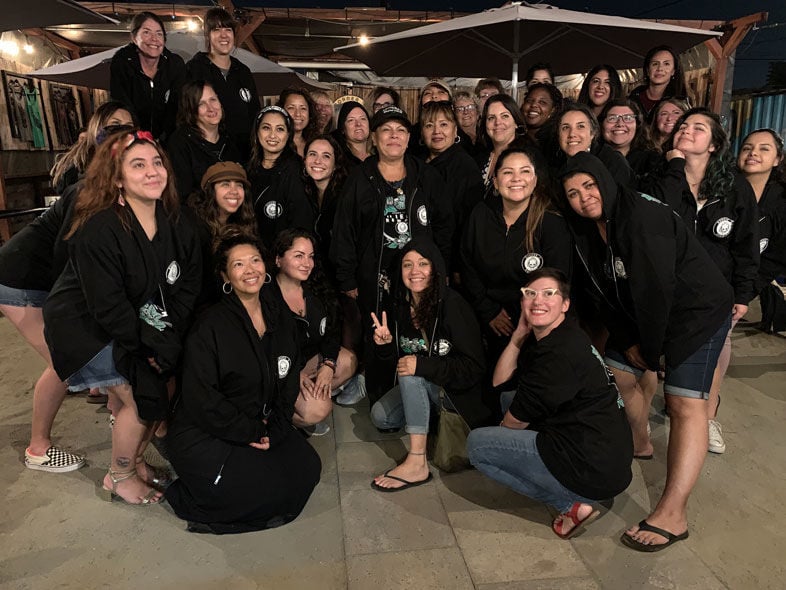 If you’re reading this, you probably like beer. That means we already have at least one very important thing in common. A little about me: I’m a freelance writer who’s covered the local craft beer for a few years, most recently in the weekly "Final Draught" column for San Diego CityBeat. I also regularly contribute to publications like West Coaster, Edible San Diego, PACIFIC San Diego, and have written for BeerAdvocate, Playboy, VICE Munchies, Saveur Magazine, and so on.

I’m a certified BJCP beer judge, received the North American Guild of Beer Writers 2019 Diversity in Beer Writing grant, and have strong feelings about glitter beer (spoiler alert: I’m pro-glitter). If you spot a very tall, very tattooed mom in your local taproom going through a flight of beers, it’s definitely me. Come say hi, or follow me on Instagram at @thedelightedbite. Until then, cheers and see you next week!

Mujeres means "women" in Spanish, but there are more than just women at Mujeres Brew Club meetings at Border X Brewing. Launched in May 2019 by Carmen Favela (co-owner of Border X) and hosted by Esthela Davila (co-host of The Indie Beer Show podcast), it’s a female-forward group centered around beer education. However, Davila says that inclusion is an important aspect of the group’s mission.

"The brew club is for anybody who wants to know about beer," says Davila. "It was specifically made for women, but we kind of transcended beyond that." She goes on to say they were even initially known as the "Latina Brew Club," but updated it to ensure everyone felt welcome.

At the September meeting, there’s a huge range of racial and gender expression in attendance, as well as a range of levels of craft beer expertise. Davila stresses that people new to craft beer are especially welcome and encouraged to join them.

"It's very intimidating sometimes for anybody, guy or girl, to walk into a bar unless they know a little bit about beer. This is where we come in," she explains. "This is where they can come without judgment and learn about beer, all the way from the history of beer to the process of making a beer and all aspects in between."

Mujeres Brew Club meets every first Monday of the month at Border X to discuss topics like beer history, brewing ingredients, and beer styles. Amy Spackman (San Diego chapter president of Pink Boots Society, a nationwide professional women’s beer education group, and beertender at Karl Strauss Brewing Company) led the talk about tasting tips and techniques like swirling, sniffing, and sipping to get a full sensory experience. Audience participation was encouraged, with attendees calling out different aromas and flavors they were discerning in their own beers.

While this type of easygoing and interactive vibe is standard for Mujeres meetings, it tends to be atypical for the beer scene in general. The latest Brewers Association report on gender and race in the craft beer industry reveals what seems obvious to many—craft beer is disproportionately white and male, with women only filling 7.5% of brewer positions and only 11% of all brewers identifying as a race other than white. Breweries like Border X and groups like Mujeres Brew Club seek to challenge the status quo, and Davila says due to demand and consistently high turnout at every meeting, Mujeres will continue indefinitely past its original plan of just six meetings. They’ve already added brew days and field trips to the itinerary and Border X also plans to launch a second chapter of the group at their Los Angeles location in Bell.

Upcoming brew days include one in late September with Border X as well as one with Stone Brewing World Bistro & Gardens – Liberty Station, which will likely take place after San Diego Beer Week in November. Anyone interested in joining the club should follow @mujeres_brew_club on Instagram and join the group’s Facebook page to RSVP for future meetings. In the meantime, Davila hopes their momentum helps break down barriers for anyone interested in exploring San Diego’s craft beer scene.

"Beer shouldn't be scary for women or anyone," she says. "I'm hoping that after this, it won't be."