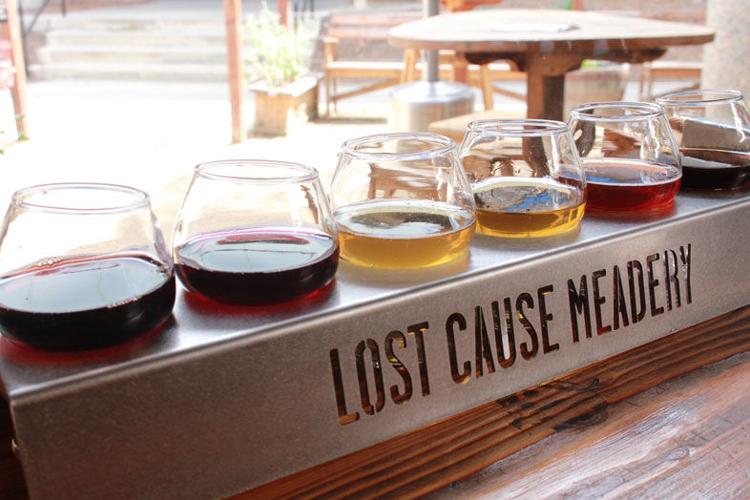 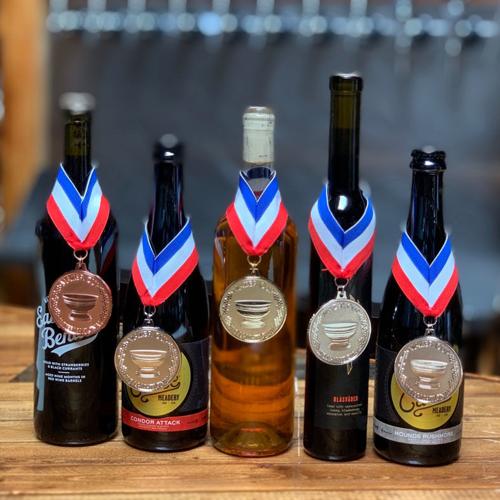 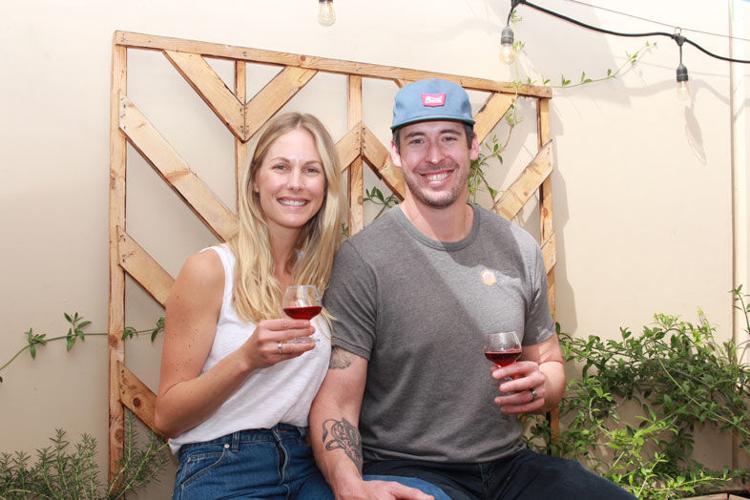 According to the Mazer Cup International Mead Competition, which is the mead version of The World Beer Cup, San Diego’s Lost Cause Meadery is one of the best in the world. It’s a big claim, but Lost Cause has five medals from this year’s competition to back it up.

Their five medals tied them with Michigan’s St. Ambrose Meadery for the most of any meadery from anywhere on the map. This is no small achievement. There were 414 entries in 23 medal categories for 2019’s Mazer Cup competition; Lost Cause claimed one gold (Harmonic Sequence), three silver (Mounds Rushmore, Condor Attack, Blåsväder) and one bronze medal (Barrel Aged Easy Bender). Co-Founder Suzanna Beltz says tying the medal count with St. Ambrose was especially sweet. "They have a really great reputation for making phenomenal meads. They’ve also been around for a while and they consistently take lots of medals at this competition," she says. By comparison, this was only the second year that Lost Cause competed commercially.

Billy and Suzanna Beltz have been making mead for about six years. It started as a hobby, of course, and quickly bloomed into a real business venture for the couple. "I had been homebrewing for years before trying mead," Billy says. "In fact, a lot of homebrewers do mead. It’s in the back of every recipe book. So I gave it a shot and just fell in love with it."

As he honed his skills, Billy came to feel that mead was more interesting to make than beer, and more interesting to experiment with. He calls mead "the most versatile alcoholic beverage there is," and he relishes all the different flavors and aromas a meadmaker can create by utilizing different varieties of honey and adding different adjuncts. "Just looking at the fermentable sugar, which is honey, there are so many different ways to take that. You can create different flavors that are like night and day." Using orange blossom honey, for example, will yield a big floral and citrus profile, whereas a buckwheat honey will produce aromas and flavors of toffee and waffle cone.

"Honeys are such a great expression of terroir," Billy says. "So, just starting with that, there are so many places to go."

The characteristics of a particular honey derive not from the specific species of bee, but from the specific place that they live. "It’s all about where they pollinate," Billy explains. "And it makes a big difference if they’re going to orange blossom groves or if they’re in the high desert pollinating wild buckwheat blossoms, where they’ll also come into contact with wild sage and whatever else the season has sprung up." For that reason, honey from the same producer will vary from year to year and season to season, depending on what was in bloom while the bees were pollinating.

Lost Cause sources its honey from all over the world, with a majority of their suppliers nearby in Temecula or San Diego County (their buckwheat honey comes from Alpine). They are, according to Billy, starting to branch out and source from other parts of the country and also around the world. "We just made a really cool mead that was made from Brazilian pink peppercorn blossom honey," Billy says. "We did it with Brian Trout and that was the one that won our gold at the Mazer Cup."

Billy and Suzanna have big plans to expand Lost Cause with a new 3,000-square-foot Bay Park tasting room coming in the Fall (next to Deft Brewing). The exact timeline will depend on permitting and how long the city decides to take with its approvals. "We’re working with a great architect who’s done a lot of breweries," Suzanna says. "Hopefully they can help us navigate the system as we move forward."

In their present location, on Miralani in Miramar, Billy and Suzanna have had a unique opportunity to share their mead with visitors that span the entire craft beverage universe. They say a great deal of beer lovers as well as wine, cider, sake, and whiskey lovers have discovered that they also like mead. Suzanna adds that getting beer drinkers to appreciate mead is a process of education. "We get so many people in here who have never had mead. They’ve heard about it and they want to try it, but they’re so used to the San Diego craft beer culture and flavor profiles that we try to help them know what to expect when they first taste it." Mead is not, for example, a heavy, dark, port-like wine that tastes like something poured into a Henry VIII goblet at a Renaissance fair. Quite the opposite. The meads that Lost Cause produces range in body and sweetness and display a vast array of complex aromas and flavors.

"Mead will almost always be surprising when you taste it," Billy says. "It’s the versatility of it. You have the base sugar, you have all the adjuncts, you have the yeast profile, you have a sweetness range from bone dry to sweet, and you have still mead and totally carbonated mead. There are no real ‘styles’ that have an established tradition, so there are tons of variables you can play with, which makes it a lot of fun to try." Suzanna puts a cap on that thought: "It’s also the complexity and the amount of flavor you can get out of a mead. I think people who are looking for really bold flavors—like craft beer drinkers who want complex, rich flavors and aromas—will really enjoy meads."