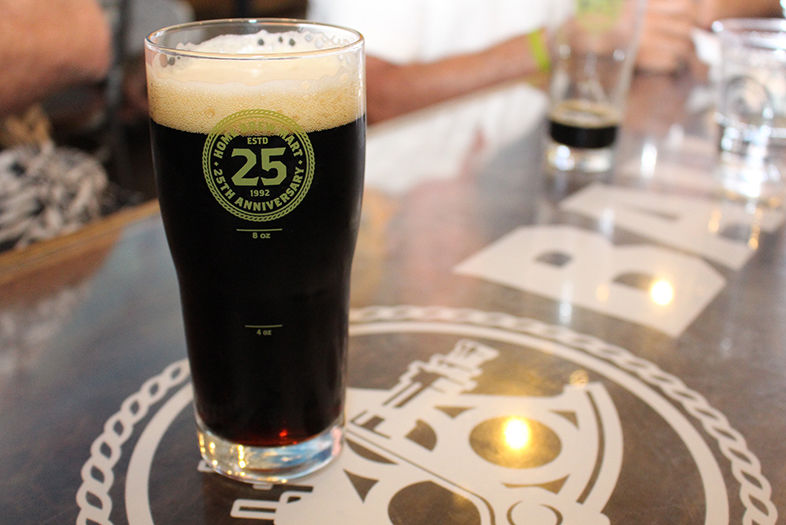 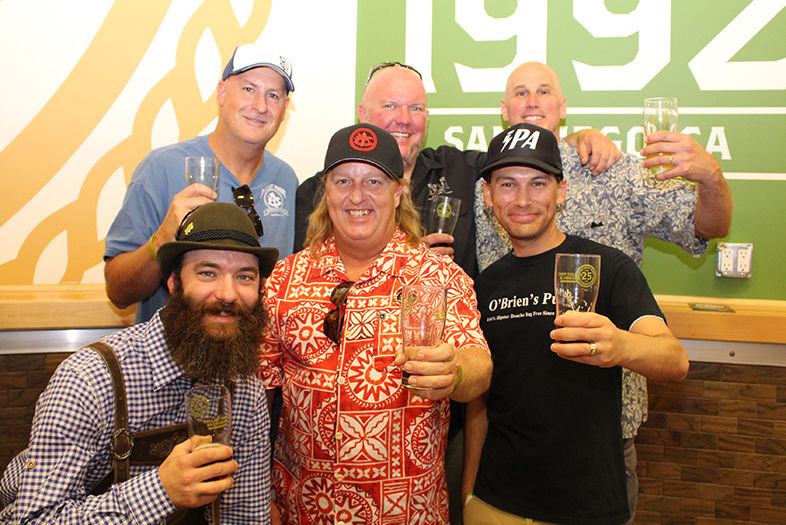 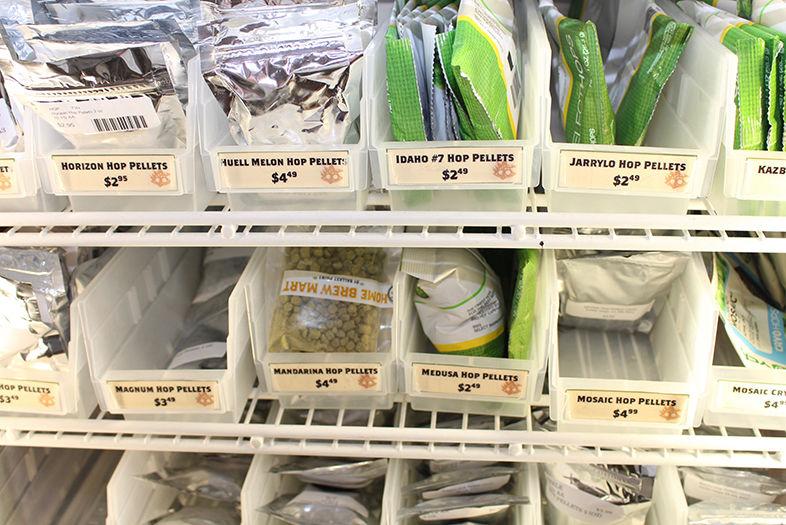 Over the years, I’ve interviewed hundreds of San Diego brewers. Most of them will tell you that they first fell in love with craft beer when they became home brewers. And the vast majority of them will also tell you that—at some point in their brewing careers—Home Brew Mart played a part in their evolution as serious beer artisans.

Founded in 1992 by Point Loma native Jack White, Home Brew Mart was not only the incubator that later spawned Ballast Point, it was also a kind of "brewing university" where young brewer-employees like Yuseff Cherney (Ballast Point/Cutwater Spirits), Tom Nickel (O’Brien’s Pub and Nickel Beer Co.), and Cy Henley (Amplified) learned, experimented, and exchanged ideas with fellow brewers throughout San Diego. Countless other brewers, like Peter Zien (AleSmith) and Marty Mendiola (Second Chance) bought their very first home brew kits at Home Brew Mart. Chris White, fresh out of a Ph.D program at UCSD, first starting making yeast professionally as a way to supply Home Brew Mart. In 1995, he started White Labs expressly for that purpose. Today, White Labs not only supplies the vast majority of San Diego brewers with yeast, it’s also one of the largest producers and yeast suppliers in the world.

So many people ask the question, "Why has the craft beer industry exploded in San Diego specifically?" One of the key reasons has to do with the dynamic and far-reaching influence of the San Diego home brew contingent. Traditionally, this community has not only acted as our pro brewing "farm team," it has also provided much needed feedback and creative inspiration to our pro brewers. This close relationship and constant interaction has fostered a beer industry that’s forward thinking, cutting edge, and willing to push the boundaries of brewing in all directions.

Perhaps the most notable aspect of Home Brew Mart’s history is its essential role as an educational resource for home brewers and aspiring pro brewers, as well as a hub for the exchange of information, ideas about ingredients, and inspiration from fellow beer enthusiasts. As Harold Gulbrandson, senior member of San Diego’s largest home brewing association, QUAFF (Quality Ale and Fermentation Fraternity), says, "Without a central location like Home Brew Mart for the exchange of knowledge, interesting supplies, and grains and hops, brewing in San Diego would not be what it is today. This, in my opinion, is the focus of how San Diego became Beer County USA." Gulbrandson also credits longtime Home Brew Mart specialty brewer Colby Chandler (now V.P. & Specialty Brewer for Ballast Point) with introducing the larger beer community to more interesting ingredients, spices, and flavors—these were ideas and styles that really raised the bar and pushed the envelope of San Diego brewing.

Many of those innovative ideas were being tested on Home Brew Mart’s very own brewhouse. "I started here in May of 1995," Tom Nickel recalls. "I thought I would do a summer job after college that would be fun. By August of 1995, I was working at Home Brew Mart full time and I spent another two-plus years here. One of the things I liked best about this place was teaching all the home brew classes, like the all-grain brewing classes. The best thing about working here, for my personal brewing education, was whenever we were slow during the week, I would simply start brewing with whatever new ingredients we had: A new hop. A new malt. A new strain of yeast from White Labs. I was brewing here as a home brewer three or four times a week. And when you’re brewing that often, it’s really hard not to learn what all the ingredients are doing for your beer."

For their 25th Anniversary celebration, Colby and his team assembled a collection of Home Brew Mart/Ballast Point alums to brew tribute collaborations. The group included brewers and owners from Amplified, Nickel, 32 North, Fall, Ironfire, Fieldwork, and Eppig, in addition to three Homebrew Competition finalists (Anthony Broad, Anthony Harris, and Kevin Holt). Also on tap was a mindboggling selection of some of Colby’s greatest hits from years past, including the 2010 BBA Tongue Monster, 2009 Sour Wench, 2007 Hout Series Flanders Grand Cru, and a massive Barley Wine from 1997.

"I’ve been very fortunate," beams Jack White. "I started this thing 25 years ago, out of college, and had no idea where it would lead. We’ve been so lucky to have attracted so much talent—folks who are also really good people—and that combination has been golden because it attracts other really talented people who then go off and do really great things. Wherever I travel now, it’s clear that people everywhere know San Diego for the beer and I have a big sense of pride because we were an early part of that."

"If you enjoy San Diego beer, then you should know the history of Home Brew Mart," says Colby. "So much of the beer you like to drink came from inside these walls. Home Brew Mart has always been, in my opinion, the hub of the San Diego craft beer wheel. There’s so much that has started at the hub and then expanded out. I’m super proud to be a part of—not only making great beer at Ballast Point for the past 20 years—but also teaching people at the same time. Ultimately, that may be the bigger legacy."