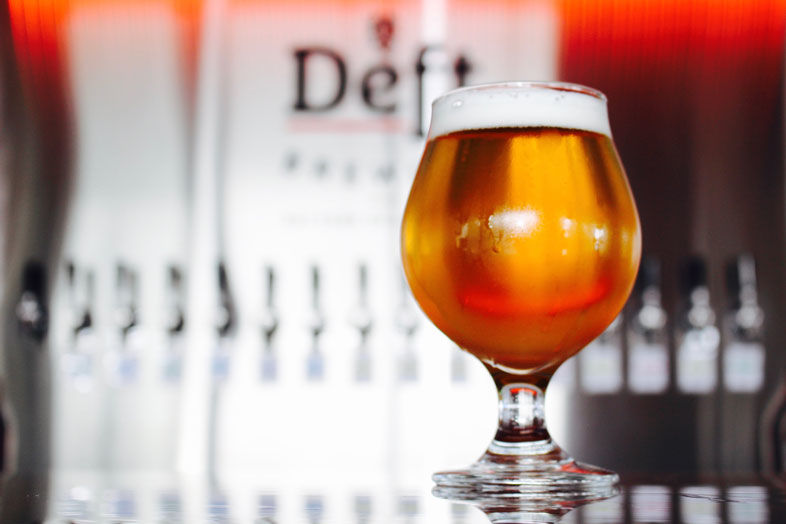 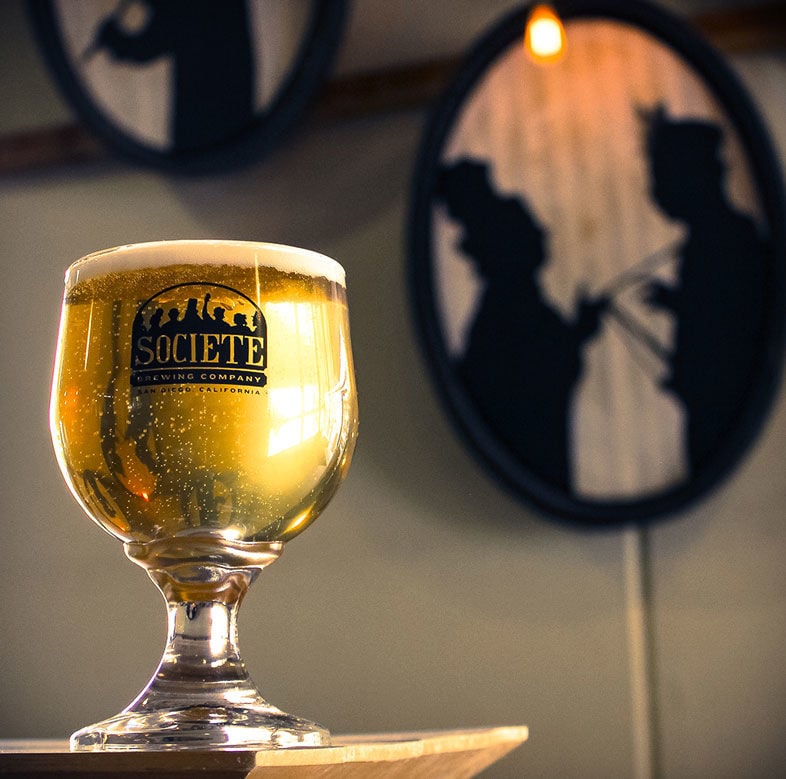 Belgian-style beers for summer The Harlot 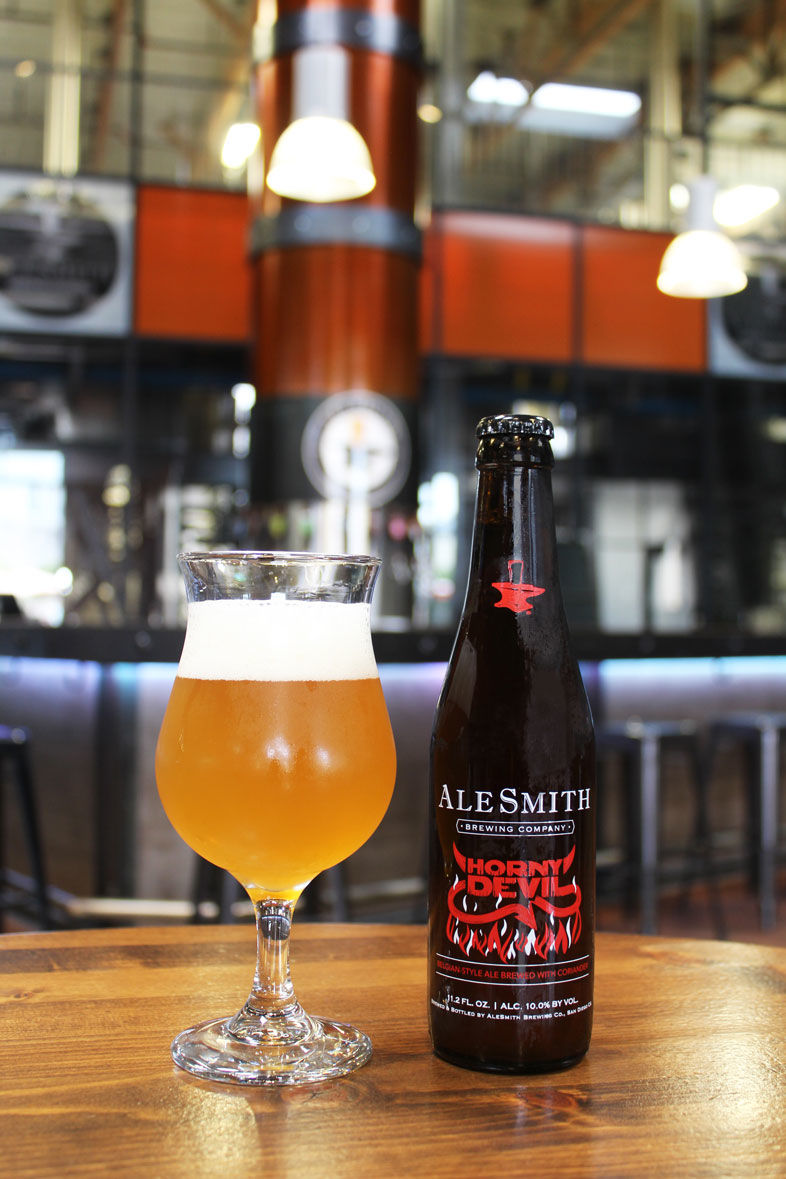 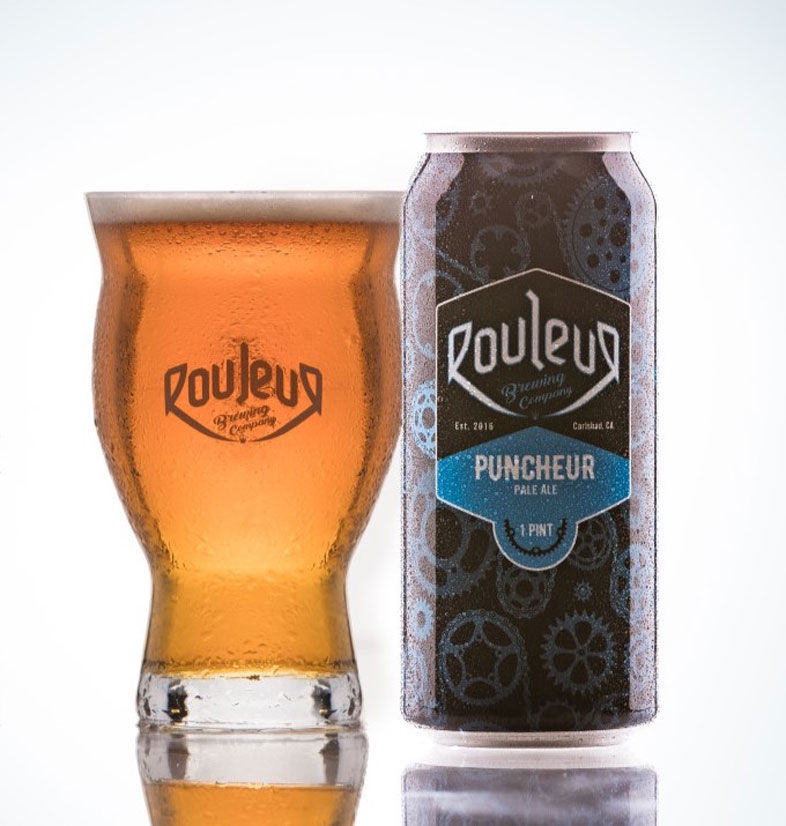 I often say that sometimes the universe conspires to send you a message. In my case, the message was: Pay more attention to Belgian-style beers.

First, a reader came up to me at a festival and said he and his wife love Belgian styles but can’t find that many places that brew them anymore. Would I please do an article on who does the best Belgian styles? Sure—not a bad idea. Then, the results come in from the San Diego International Beer Competition and the Los Angeles International Beer Competition. More than a dozen medals in those competitions were won by San Diego brewers doing some variety of Belgian-style beer. Oh, and the brewery that won the most medals at the San Diego competition was Societe with a total of five, one of which was a gold for Harlot, their hybrid Belgian-style ale. Ever since those results came out, it seems that Harlot has been following me around. It’s been popping up on draft lists everywhere I go, most notably at King’s Fish House, where I did an oyster tasting and Harlot was the hands down most oyster-friendly beer of the day.

So, I can’t avoid the clear message I’m getting from the universe. We need to pay more attention to Belgian styles. We need to pair them more with our food—they are, as I always say, probably the most versatile and food-friendly of all the beer styles. And most importantly, we need to show brewers that their patrons can love more than just the IPAs. This would actually make most brewers very happy indeed; Belgian-style beers are adored by brewers. They would happily brew more of them if people only asked for them more often.

In the spirit of helping people to ask for Belgians more often, here’s my quick list of 10 great San Diego Belgian styles to look for the next time you’re picking out a beer.

One of Societe’s flagship beers, Harlot is also one of the best of its style in San Diego. Few beers work as well with such a wide range of foods, from spicy to fried to subtle and simple.

"The main reason I love The Harlot so much is the combination of approachability and complexity that I haven't found in many other beers," says Societe CEO Doug Constantiner. "On one end of the spectrum, it's a great beer for casual enjoyment because it's light, crisp, and sessionable. On the other end, when you want to dig deeper, you find this delicate yet incredibly complex beer with outstanding aromas of fragrant spice, floral notes, and citrus zest and a soft, freshly baked bread malt flavor, all while finishing stony dry. As a local craft-beer enthusiast once said, 'It is very more-ish, as in, I keep wanting more'."

Beautiful aromas of ginger and orange peel on the nose, with sweet bready malt, peppery spice, and a slight, crisp tartness on the finish, this traditional style brew was made to refresh in warm weather. Tomme Arthur, head of Brewery Operations for The Lost Abbey says, "Red Barn is a perfect combination of ginger, light acidity, and a highly carbonic, champagne-like finish. A staple for hot San Diego summers."

Puncheur Pale Ale now has three medals to its name. Crisp, light, and perfectly balanced, the combination of citrusy hops and bready flavors make this brew complex but super easy to drink. "This beer is a fantastic combination of an American Pale Ale base fermented with a mild Belgian yeast," says Rouleur owner Rawley Macias. "Rather than being estery, the yeast brings out the fruitiness in the hops.  It’s also fairly dry, lending itself well to warm-weather drinking." Belgian lovers should note that Rouleur does a variety of other excellent Belgian-inspired beers, including Domestique blonde, Cutteur dry-hopped saison, and Soloist Belgian Golden Strong.

This beer won a bronze medal at both the San Diego and the Los Angeles International Beer competitions, and it’s no wonder. Big aromas of banana, tropical fruit, and bubblegum blend with the traditional light, bready esters to create a surprisingly rich and flavorful brew for such a low ABV level. "This is one of my favorite beers that we brew," says Owner and Brewer Mo Nuspl. The Deft lineup also features a number of other excellent Belgian styles, including Fin du Monium Dry-Hopped Saison and Bruxelles Trip Belgian Tripel.

The low ABV, high carbonation, and restrained malts make this light beer super easy to quaff, with impressive flavor for such a light style. Here’s the perfect match for fish & chips, quesadilla, or even a summer salad.

Designed to be the perfect summer refresher, this floral, citrusy, tropical, spicy saison is a lighter take on the classic Belgian formula, even though the ABV is a tad on the high side and the typical yeasty aromas and flavors share center stage with the hops.

For this Belgian-inspired brew, Second Chance uses lemon peel instead of traditional orange peel, and then they add grains of paradise. The result is a beer with aromas of stone fruit and toasted sourdough and flavors of citrus, pepper, and freshly baked bread. Crisp, light, and perfectly balanced.