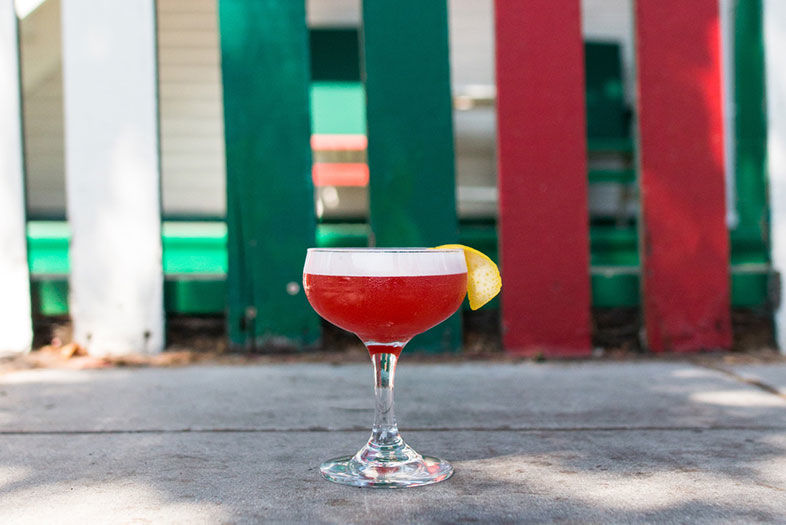 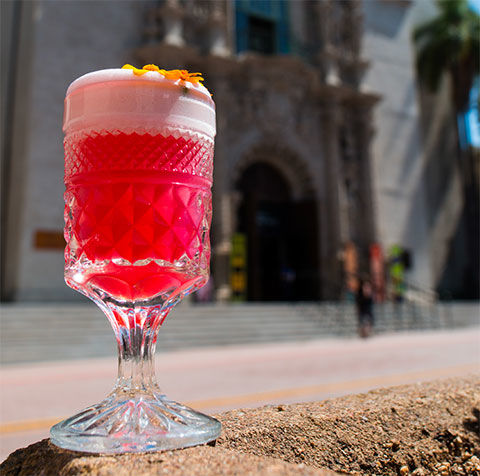 The folks making San Diego’s best craft cocktails are a friendly yet competitive bunch who constantly (and respectfully) try to out-do each other — which explains why the scene’s grown exponentially in the last several years. Case in point: the new menu at George’s Level 2. A year in the making, barman Stephen Kurpinsky started working on it almost before the ink was dry on last year’s epic 38-cocktail menu.

Kurpinsky wanted to give patrons a more immersive experience of the sort he’s admired at well-known spots like San Francisco’s Trick Dog, which put together a menu inspired by the city’s murals, or the comic-book menu by New York’s Dead Rabbit.

The menu Kurpinsky and his team created is an elegant hardbound book that features 23 cocktails inspired by San Diego neighborhoods. Each cocktail gets a two-page spread that features a photograph of the drink in situ (the Kensington cocktail was shot in front of the Ken Cinema, the San Ysidro cocktail at the border crossing), the recipe, a bit of history about the neighborhood that inspired the cocktail, and how that inspiration translated to the glass. In the back of the book is a glossary of terms and techniques, so patrons can learn more about ingredients and processes. (The book’s available for purchase at the bar for $25.)

"The two pieces to the concept I had was to feature San Diego and highlight what we do well here and give people an understanding about the nuances of our neighborhoods," Kurpinsky said.

This nuance carries over to the cocktails ("I wanted them all to be flavor bombs," Kurpinsky said). The Kearny Mesa cocktail (Kikori whiskey, yuzu liqueur, lemon juice, oleo saccharum, matcha tea, and a lemongrass cordial) includes a bar spoon of barrel-aged soy sauce that adds an unexpected hint of umami. And for his cocktail inspired by Balboa Park’s botanical garden, General Manager Sam Peters used small-batch, artisanal Botanist Gin and a spritz of orange essential oils:

"It has a beautiful, bright acidity, orange aromatic. It’s a beautiful cocktail," he said.

Got an idea for a blog post? Email me.