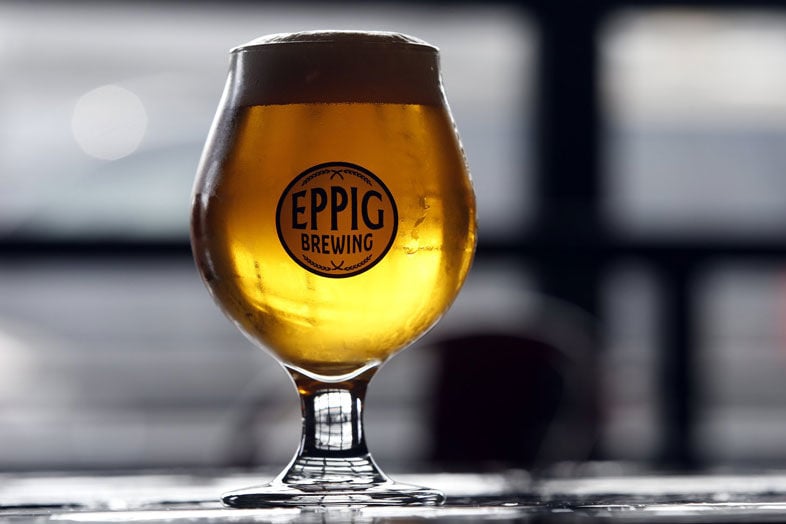 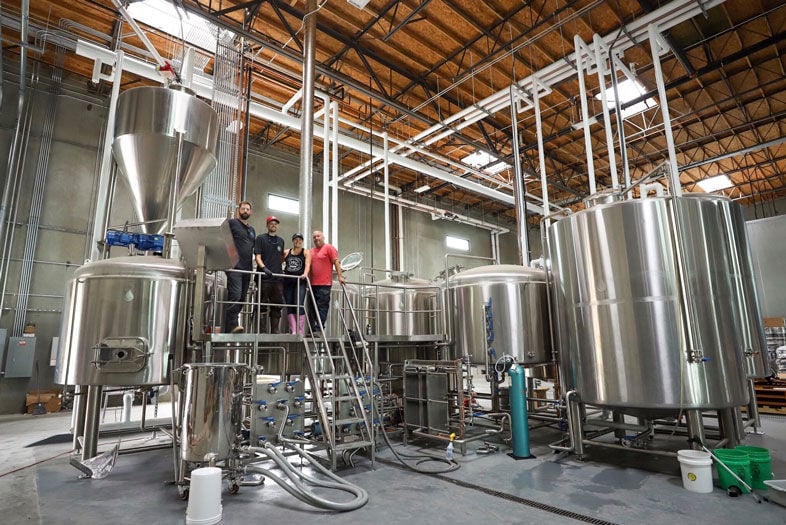 The odds were against Eppig Brewing when it first opened in North Park in 2016. By that time, the San Diego craft beer scene was well established, that neighborhood already had a glut of beer-centric businesses, and lagers hadn’t quite hit their mainstream stride.

But Eppig did more than survive—they thrived. Demand for the tiny brewery’s clean brews led to a reliance on offsite brewing contracts, as well as justifying a second location on the bayfront after just over a year. Now, almost three years exactly from their first brew day, Eppig is brewing in their brand-new, custom-built, sprawling headquarters at 1347 Keystone Way in Vista.

"We’ve been working on a strategy to move into our own space, and have been looking for the right building for nearly three years," explains co-owner and head of marketing Stephanie Eppig. "While it took much longer than we expected, the new construction allowed us to design the space from the ground up."

Eppig originally signed on as part of the second Brewery Igniter trio of brewhouses, which included Eppig, Pariah Brewing Company, and JuneShine Hard Kombucha (who took over the suite formerly occupied by San Diego Brewing Company). By utilizing a ready-to-use brewhouse and leased tasting room, Eppig avoided the exorbitant start-up costs of most breweries. Despite the space limitations, the concept allowed them to launch in the competitive San Diego market and build a loyal customer base, laying the foundation for this future upgrade.

Eppig’s success can be largely attributed to a consistent portfolio of high-quality beers, often offering less common styles such as zwickelbiers, altbiers, and maibocks. But a strong and innovative approach to IPAs, such as their popular 10:45 to Denver IPA, has helped endear them to beer newcomers as well. Plus, their Waterfront Biergarten is without a doubt one of the most scenic places to drink beer in the entire region. The new 30-barrel brewhouse, tasting room, and outdoor beer garden lack the epic bayfront view, but allows Eppig to triple their brewing capacity immediately. It also grants the ability to eventually produce around ten times their previous output, or up to 10,000 barrels annually.

No new Eppig outpost would be complete without a nod towards Eppig’s Bavaria-to-Brooklyn brewing family roots. Stephanie’s forebears established the namesake brewery in Brooklyn in 1866, 150 years before she, her husband Todd Warsaw, and brewer Clayton LeBlanc resurrected the legacy here in San Diego. The new Vista location will eventually house a Bavarian-style bierhalle (beer hall), complete with vaulted ceilings and plenty of German-inspired flair in homage to the historic brewing dynasty.

Eppig estimates the bier hall will be operational in time for the grand opening and third anniversary celebration, which will kick off on Saturday, November 16. The North Park tasting room at 3052 El Cajon Blvd, Suite C will remain open until December 1. In the meantime, Vista’s soft open hours are Monday through Thursday, 3 p.m.-8 p.m.; Friday, 3 p.m.-9 p.m.; Saturday, 1 p.m.-9 p.m.; and Sunday, 1 p.m.-7 p.m.