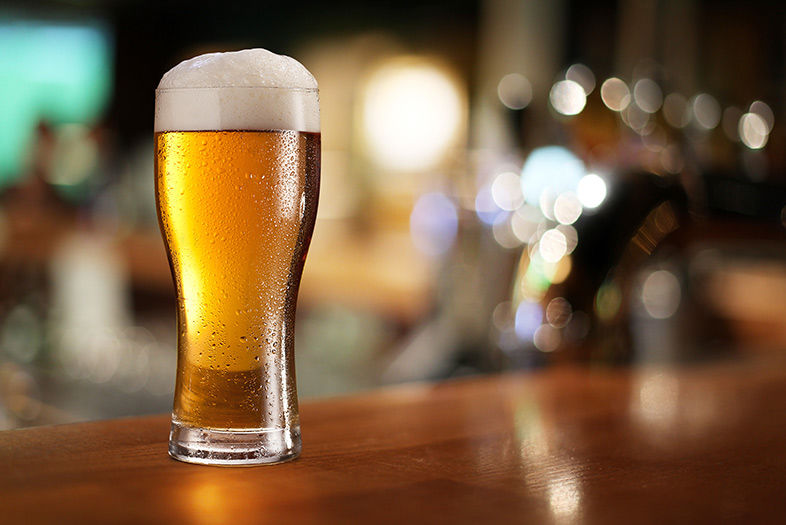 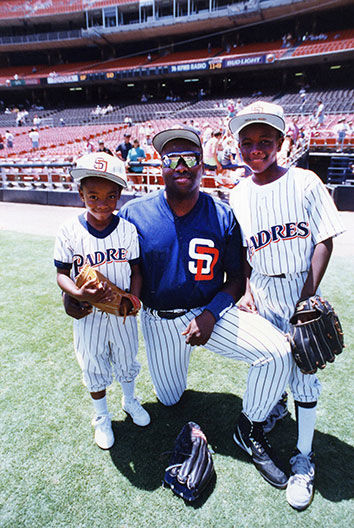 There are tons of great beer creation stories in this town. Some involve recipes that got messed up or ingredients that got switched by accident, but only one actually involves a Hall of Famer.

Evidently, Padres superstar Tony Gwynn had long wanted to help create a beer that would bear his name. In March 2014, AleSmith owner Peter Zien got a call from an attorney he’d met years before. The attorney said he had a "high profile local sports celebrity" who wanted to develop a beer. Peter guessed immediately that it was Tony Gwynn, and, of course, he turned out to be right.

As Peter recalls, "A few days later, we found ourselves in the Gwynn living room sharing growlers of some of our most popular AleSmith beers. Tony and I began to discuss specifics of each beer sampled with the hope of dialing in his likes and dislikes from the various styles.  By the end of the evening we had narrowed the search to a light colored, hoppy, but not at all bitter, slightly stronger version of an American Pale Ale."  In the weeks that followed, Peter and his team brewed 12-gallon batches of prototypes and brought each to the Gwynn household for sampling and critique.  "By the third batch," Peter remembers, "we had brewed the beer that Tony and I were looking for—a San Diego-style Pale Ale that needed a name. That evening, the name came to me: .394. It was a tribute to the highest annual batting average in modern baseball history and one of Tony’s crowning achievements. The artwork was conceived and presented to the entire Gwynn family, and we had our notepads in hand ready for suggestions, changes, etc… To our surprise, Tony and family simply said, ‘Don’t change a thing. We love it!’"

Luckily for Peter and AleSmith, legions of beer fans love it, too. Though the first commercial batch was only brewed a year ago, in May 2014, .394 already represents 20% of AleSmith’s annual production—and Peter says they can’t brew enough to satisfy the market, which right now is only Southern California. "We have interest in the brand from all corners of the country, so we plan to brew a lot more of .394 in the years to come," Peter says. The beer’s popularity and availability, according to Peter, has also introduced AleSmith to a whole new segment of the beer-loving population: baseball fans.

The meteoric success of .394 is also something of relief to Peter, who had a lot at stake and hoped dearly that the project would be a win for Tony and the Gwynn family. Now that the beer has been well-established, Peter takes great pride in what he and the Gwynns accomplished. "It’s been a tremendous honor to have been chosen by Tony and his team to make a beer with and for him," Peter says. "Perhaps what makes me and my wife Vicky the most proud is the fact that we were able to make one of his final wishes come true. This was an important project for Tony and we promised the Gwynn family after his untimely death that we would put our heart, soul, and passion in every drop of .394 San Diego Pale Ale we brewed as a living testament to this very great man."