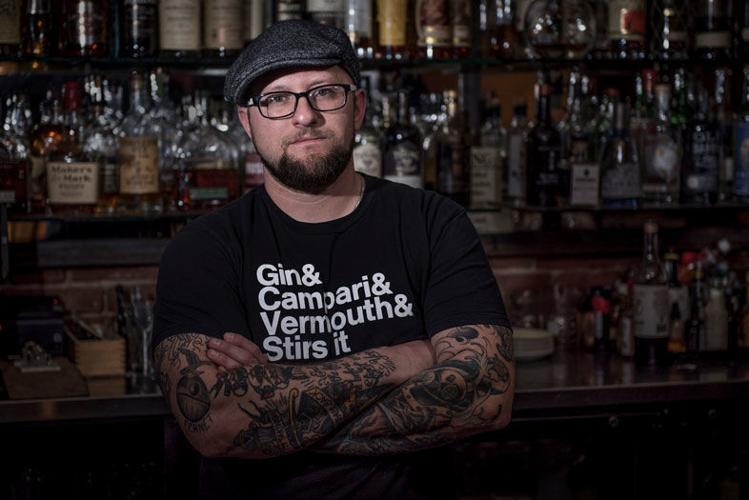 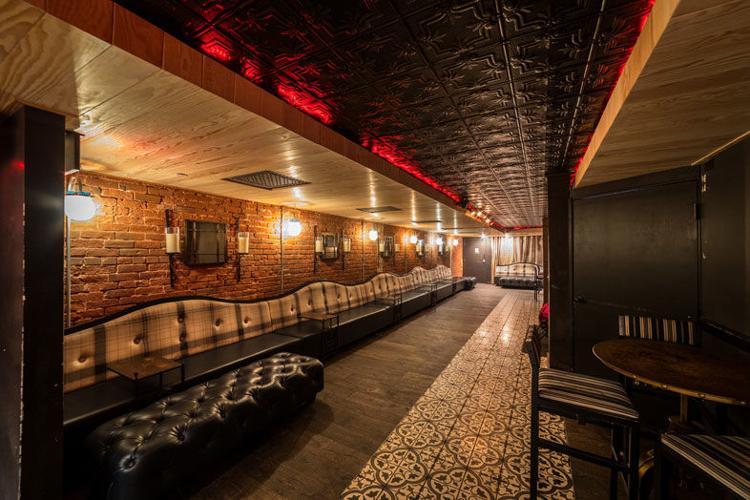 A couple of weeks ago, Gaslamp cocktail bar Prohibition celebrated its 10th anniversary. The party was the same day as Ryan Andrews’s birthday. It was a fitting double celebration: Though Andrews wasn’t at Prohibition when it opened in 2009, in the three years he’s been there, he’s restored the bar’s reputation as a go-to spot for cocktail fans. Andrews has managed to do this while juggling multiple gigs—he’s the beverage manager for GBOD Hospitality Group (Meze, El Chignon, Havana 1920, and Prohibition) and a cofounder of R & D Bitters, whose products you’ll find behind many a San Diego bar.

This week, I chatted with Andrews—who was at the Henebery Distillery in Vista, where R & D shares space—about what he’s got planned for Prohibition, R & D’s new offerings, and whether he’s had any issues with Prohibition’s former, um, clients.

Now, remind me—where Prohibition is located used to be the city morgue?

But some of the staff have said they hear things at night? Or things would move around?

For Halloween last year, some guy came in. He was doing a piece on, like, haunted basements in California, so I walked him through and told him all the stuff. I spend more time there than anyone else. And usually I'll go down there, turn all the lights off, turn the AC up. I just sit in the dark room, working on my computer. I've never seen spirits or anything, but everybody else is scared shitless. My bartenders, they will exit out the back door to leave the building, because there's a light on, rather than trying to go upstairs in the pitch black by themselves.

Rumors of haunting aside, there’s something about that room that’s so comfortable and relaxing. It’s such a great place to get a cocktail.

It’s an intimate room. It’s what I think a lot of the venues open during prohibition were like. I recently went to Chicago and did a guest bartending spot at The Drifter, which is an underground bar below the Green Door Tavern. It was actual speakeasy that used to bring in booze from Lake Michigan. It's right there on the water. It felt very similar to Prohibition... it had a similar vibe and I felt very comfortable down there.

We have El Chignon, which is the nightclub, and then we have the restaurant element, which is Southern California taco-shop-style Mexican food. Then Havana 1920, which is the Cuban rum bar. All rum—almost every rum I could find. Then Mezé, which is for fine dining. Great wine program, but we also have a full bar and cocktails. And then Dough Nations. That’s the newest one. It's family-style, Italian American pizza, pasta, chicken wings, craft beer, and cocktails in Barrio Logan.

You have these different cuisines you’re working with when coming up with menus, and you always manage to honor that and integrate certain flavors or do inventive twists on classics from that country or region.

What I look for when working on a menu is, what is our clientele base? Where are they coming from? What is their overall knowledge when it comes to drinking in general? I'm not trying to make my guests feel stupid when they look at a menu or overwhelm them to the point where they’re like, "I don't understand; just give me a Jack and Coke." That kind of defeats the purpose.

And then there’s Prohibition...

The same goes with Prohibition, because the expectation is, when you step into that bar, you know you're in a serious bar. A lot of times people will come down here and won't even look at the menu. They're, like, all right, I heard you guys are great. Tell me what I want.

So with Prohibition, we really try to do what’s seasonal. We always come up with a theme for the year and kind of go off that theme. This year, it’s a diametric opposition, which is just a fancy way of saying polar opposite. So we split the menu, one part stirred, heavy, boozy cocktails and the other light and refreshing cocktails, and on the back two pages we have basic speakeasy standards and our variations. It’s 40 cocktails in a wood and leather bound book—it’s really cool.

Things have been rolling. We’re getting ready to launch in Texas... and I have new products ready to go in the bottle. We’re doing citrus bitters and then floral bitters. And we have two tiki cordials we’re doing—an allspice liqueur and then a spicy falernum. Those are both really rad. Those should be available by the end of the summer. The whole point of doing bitters was to get to the point of branching out into the spirits that we've always wanted to make.

And folks can still find you behind the bar at Prohibition?

Yep, I'm still there four nights a week. I have a lead bartender, Katiee Mitchell. She’s fantastic. She does a lot more of the day-to-day operations with the bar so I can focus on the bigger stuff.