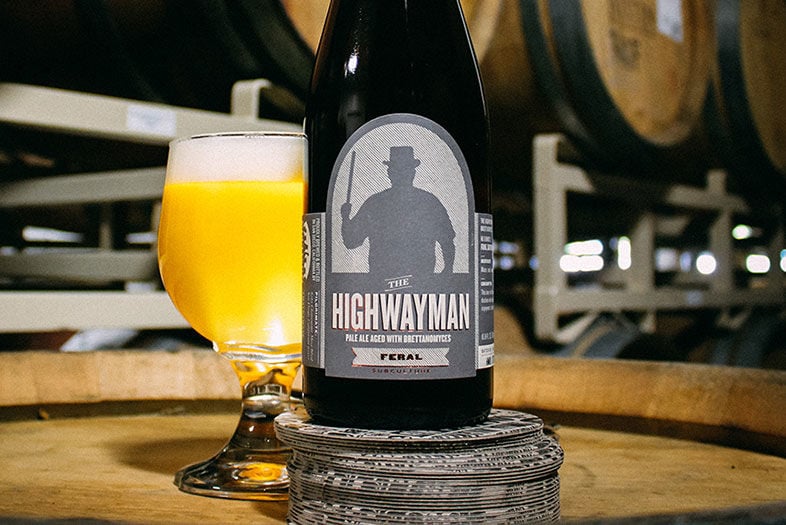 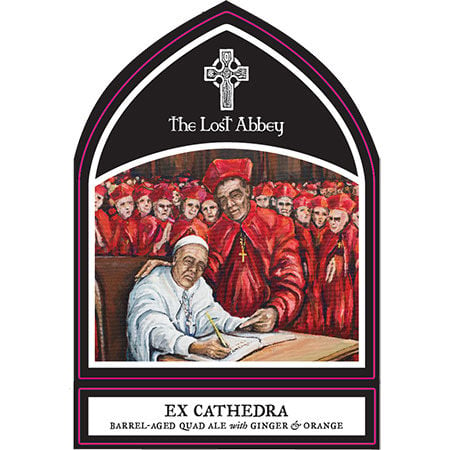 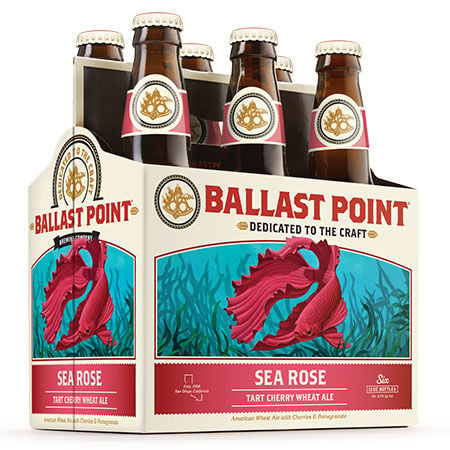 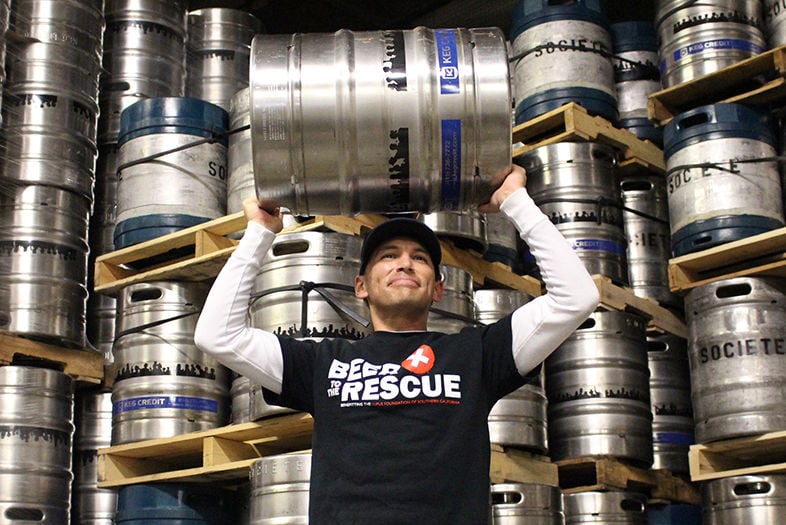 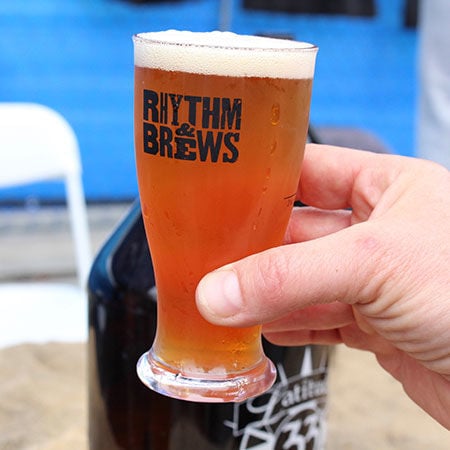 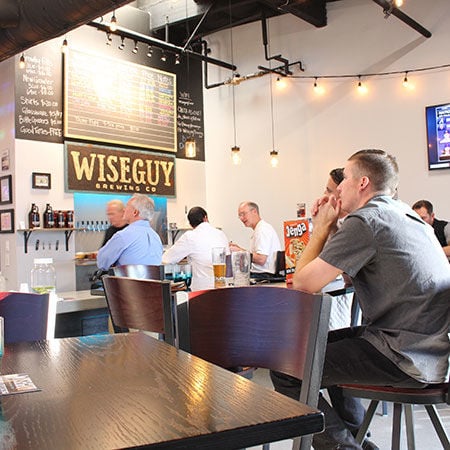 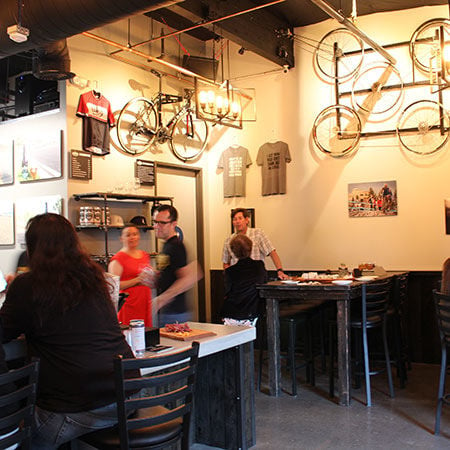 April was a "get back outside" and "feel good" month. The weekly rains stopped, the sunny days returned, and new blooms sprouted up everywhere. Over the course of the past few weeks, a bunch of newer breweries celebrated their anniversaries in style, San Marcos saw the opening of Urge Common House (see last week’s post for deets), and a duo of breweries bloomed in Carlsbad. And, in addition to all that, a bunch of really cool and unique beers were released.

Here’s the latest release from the barrel-aging room at Societe, which lately has been sharing a bunch of its long-awaited beers with an adoring public. This release in particular is a great "bridge beer" for those who are just getting to know "brett" styles; it’s light, crisp, refreshing, and not overly dominated by the funky character commonly imparted by this strain of wild-type yeast. Yes, there’s a little "barnyard" and "wet hay" going on in the nose, but those aromas are accompanied by tantalizing citrus, spice, and floral notes. Although many brett beers are cellar-worthy, this lighter style beer is best consumed soon. Packaged in 500-ml bottles, The Highwayman (6.6% ABV) is available exclusively at the Societe tasting room (8262 Clairemont Mesa Blvd.) for $18 per bottle.

Lost Abbey’s Belgian-style Quad, Judgment Day, is—by most accounts—one of the best of its kind. That’s why it’s notable when the brew team does special versions of Judgment Day—like Ex Cathedra—that enhance and broaden the beer’s flavor profiles even more. For this elixir, the brewery aged Judgment Day in bourbon barrels for 12 months and then spiked it with orange peel, ginger, and spices, including star anise. The result is a rich, heady, aromatic brew that is redolent with orange, bourbon, licorice, malts, and chocolate. Ex Cathedra will be distributed throughout Lost Abbey’s retail network and is available on draft or in 375-ml bottles at Lost Abbey’s two tasting room locations.

Over the years, some of Ballast’s most creative and exciting beers have sprung from its employee-led R&D program, also called "Roots to Boots." Sea Rose (4% ABV) is the latest intriguing recipe to come out of that program. As an American-style wheat beer, it has the typically rich mouthfeel and light, crisp acidity that you’d expect from the style, but the addition of fresh cherry juice, pomegranate, and key lime pumps up the fruitiness and tartness to a near Berliner Weisse level, without the same sourness. (Folks in the Ballast tasting rooms have nicknamed this beer their "brosé.") Sea Rose will be available year round in bottles and draft, and cans are expected by early May.

May Is Lupus Awareness Month

This is a calendar placeholder: Get ready to enjoy an entire month of great brewery-sponsored charity events in May. More than 40 San Diego County breweries, bars, and brewpubs are slotted to participate in Beer to the Rescue, a month-long campaign designed to raise awareness about Lupus and to raise money to fight it. Dozens of San Diego breweries are poised to release special beers that have been brewed especially for the campaign, and fundraisers, parties, and special menus will be offered by various establishments throughout the month. There will be at least one special event scheduled for every day of May, so you’re sure to catch at least one! I’ll be providing more detail on this campaign and other charity-centric programs in an upcoming post, but in the meantime, go to beertotherescue.org for more information.

Dust Off Those Dancin’ Shoes

San Diego has some great beers to show off, but it also has some great bands. Rhythm & Brews—the annual bash sponsored by the San Diego Brewers Guild—showcases some of the county’s best beer with some of the county’s best bands. This year, the lineup includes more than 50 breweries in addition to performances by Ashley Hollander and Grammy-nominated headliner P.O.D. Proceeds benefit the nonprofit SD Brewers Guild as well as the Brazilian Institute for Arts & Culture. For more information and advance tickets, visit sdbeer.com. Only a limited number of tickets will be available on the day of the event.

The Wiseguy space is charming, cozy, and familial feeling—almost like you stepped into the rec-room at your best friend’s house. Games, a flat screen, a popcorn machine, and other fun distractions are scattered around the tasting room, as are high-top tables and a stand-up ledge.

Owner-Brewer Brett Gent has done an impressive job with his initial lineup, crafting highly flavorful and well-balanced beers while using his brand-new equipment for the very first time. All the beers are nicely done, but the toasty and bready Alt Bier and the light and citrusy Hoppy Wheat were particularly tasty, as was the Smooth Operator Pilsner, which had big, bready, malty aromas, and a crisp, clean body with an exceptionally pleasing mouthfeel.

Right next door to Wiseguy you’ll find Rouleur, which offers a totally different lineup that’s well worth exploring. This charming tasting space is adorned with bicycle gear of all shapes and sizes, including a few fully assembled bikes that are hung on the wall.

Large, heavy wooden communal tables provide nice settings for groups to socialize and for patrons to meet and chat with one another. It’s obvious that Owner-Brewer Rawley Macias wants to encourage interaction in his tasting space, and the layout and design of Rouleur does that nicely.

Here, the beer lineup has a distinctly more European-Belgian slant. The Domestique Blonde, Puncheur Pale, and Grimpeur Dark Ale were all solid, but the Belgian-inspired Soloist Golden Strong stood out for its bold fruity, spicy, and bready aromas and flavors of citrus, honey, spices, and black pepper.