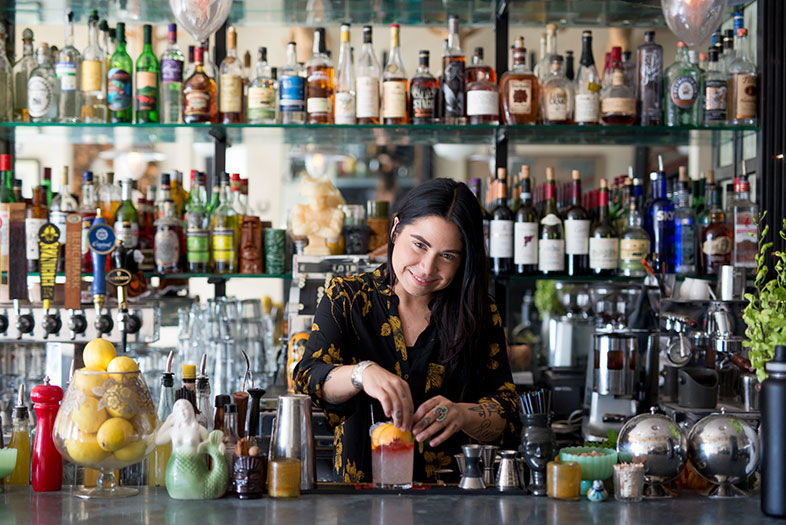 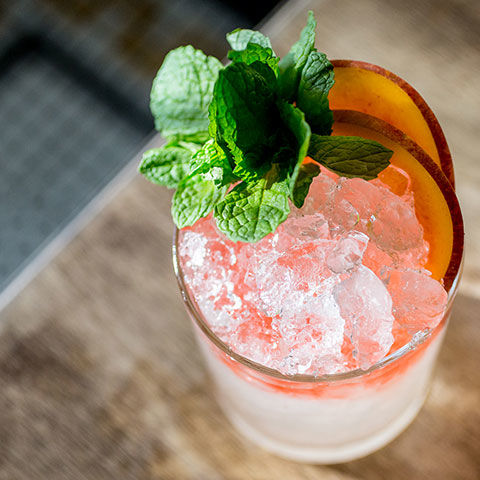 Stratton, who’d been with Consortium Holdings for her entire bartending career and climbed the ranks to Noble Experiment’s general manager, said it felt like the right time to try something new.

"The most brilliant people I’ve ever met in this industry have come from Consortium," she says. "And I’ve seen them go off and do their own projects. It’s kind of like going to school — you get this amazing training and you go off and do your own thing."

The gig at Jaynes opened up when bartender, and Stratton’s longtime friend, Sarah Ellis decided to go back to school to pursue a teaching degree. Ellis texted Stratton to see if she was interested. "Yes," Stratton immediately responded. She did a two week trial run.

"There was one Friday night and [owner] Jayne [Battle] gave me the nod," she says. "I was holding my breath for two weeks because I was madly in love with every person here, every aspect of this bar."

"The idea of doing something that was a palate cleanser was really our main focus," Stratton says.

Stratton’s favorite cocktail on the menu is La Vie Rosé, made with Rhum J.M. (a funky, floral rum from Martinique), grapefruit and lemon juices, sparkling rosé cordial, and a hint of pastis, topped with soda water. It’s a lovely, easy-drinking cocktail with layers of flavor. Another highlight is the Appaloosa, made with fragrant Campo de Encanto Distiller's Reserve pisco (for folks turned off by pisco’s aggressive flavors, this one’s lighter and friendlier), fresh lime, St. Germain, white peach syrup, and Peychaud’s bitters.

Stratton’s been busy filling out the bar’s shelves and creating a happy hour menu featuring lighter, prettier riffs on classics. She’s also getting a crash course in wine.

Got an idea for a future post? Write me.