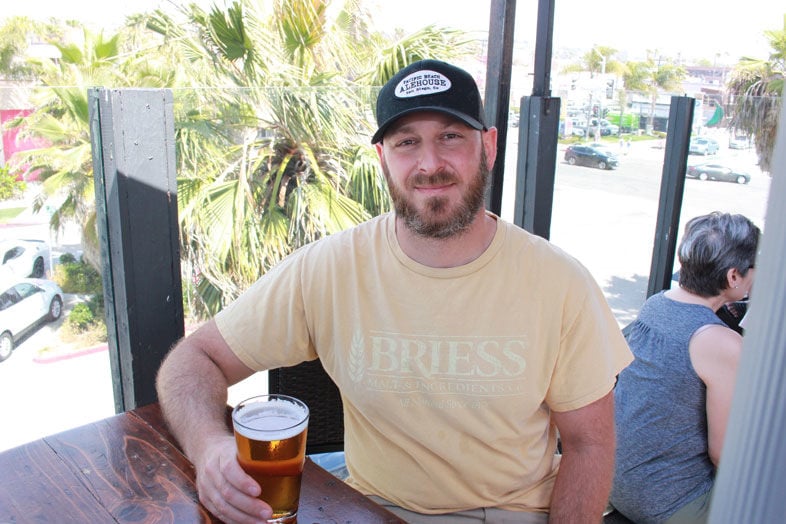 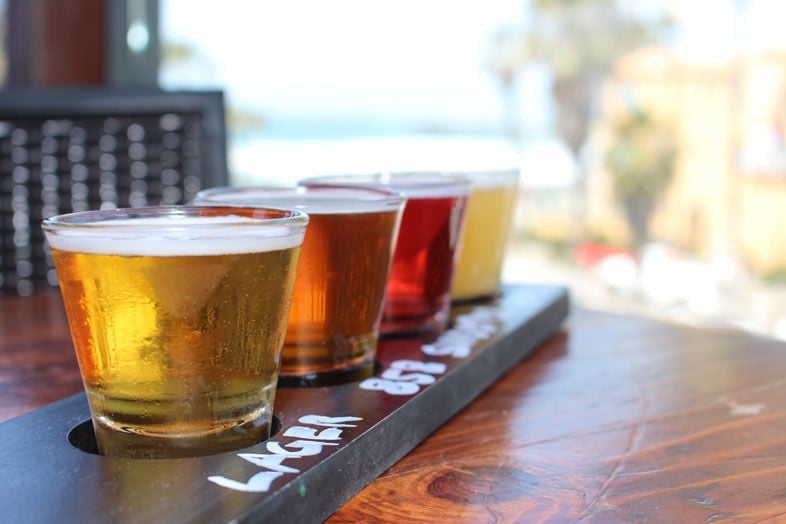 This is the year for second looks. Since January, I’ve been going to breweries I haven’t visited in a while—it’s important, I feel, to reevaluate, reconsider, and most importantly re-taste. In some cases, I want an opportunity to revisit beers that fell flat on first blush. In other cases, a return trip is a chance to see how a new direction has influenced the offerings of an already established brewery.

My recent visit to PB Ale House was a second (maybe a third) check-in with this brewpub. In the past, I had been loath to recommend more than the view from the rooftop, but now things are different. PB Ale House has a new—and a good—brewer.

Dan Enjem came to PB Ale House about five months ago from Ballast Point, where he was mentored by R&D Director Aaron Justus. In brewing circles, this kind of training is very highly regarded—and for good reason. Many great beers have come from the shop that Aaron runs.

During his years at Ballast Point, Dan brewed more than 40 styles of beer and learned lots about technique and the importance of ingredients. Most important, Dan says, Aaron taught him about water: "I learned how and when to use salts. I also learned when to back off. Water chemistry is key. I would say my level of brewing water knowledge now is maybe only a five out of ten, but that’s still higher than most brewers, I think."

Dan’s treatment of water at PB Ale House is making a big difference in the quality of the beers he’s brewing now. "All the water from this place goes through a water softener," he explains. "So all the calcium and magnesium get swapped out with sodium. Now, the water is not salty, so to speak, but magnesium and calcium are super important to yeast health, and sodium—just like salt in cooking—helps to enhance flavor. The previous brewer here was not using salts and the beers all tasted kind of lackluster and bland."

The first priority when Dan took the brewhouse was implementing a filtration protocol to treat water after the softening.  After consultation with John Wammes from Water Works (whom Dan refers to as "THE water guy around town"), Dan was recommended a system that uses carbon filtration with iodine to get the water ready for brewing, which he says was his biggest change. The second priority was going with a new yeast supplier. "The previous brewer was using a different yeast company than I currently use—I’ve been using White Labs for a really long time and have had great success with them—so I chose to go with White Labs." This switch has meant healthier, fresher yeast, which in turn makes better-tasting, higher-quality beer.

For a long time, meh beers seemed to be good enough for PB Ale House; their killer location and awesome views made up for a lot of what the beers lacked. But now, with Dan at the helm, it appears that PB Ale House can actually have it all.

Lucky for us beer fans, Dan is not confined to simply reproducing the old recipes from previous years. "Recipe development and formulation is my jam," he says, "and I’m super excited to be able to do the things I want to do here."

Dan’s opening lineup encompasses a satisfying and crowd-pleasing variety of styles—all clean, balanced, flavorful, and well made, I’m happy to say. Japanese-style lager Beer of the Rising Sun, made with rice flakes, is light but satisfying, with a nice dryness on the finish. The 858 Blonde has a bit more backbone and richness than your average blonde, with nice notes of caramel and honey mixed in. Rockfish Rojo Irish Style Red is medium bodied, malty, and caramelly, with just a hint of coffee and an appropriately dry finish (a great food beer!). Haze Craze Amaze IPA has a big blast of lemon and citrus on the nose with the slightly chewy mouthfeel and the tamed bitterness you expect from a good hazy. Sunsetter Berliner Weiss is a light kettle sour, slightly tart, crisp and dry—super refreshing. Fruited with raspberry, this is a style that Dan plans to include regularly, with a rotation of fruits as adjuncts.

In the future, Dan hopes to brew some of the more "obscure styles," like Gose, and he wants to introduce patrons to whole classifications—like Belgian-style beers—that have previously been absent from the menu. Case in point: For their 11th anniversary, Dan brewed a Belgian Golden Strong, which I tasted from the tank. Big tropical fruit, bubblegum, and bready yeastiness make this beer highly flavorful; it will surely be an eye opener for anyone who’s never tasted this category.

Dan’s enjoying his new gig in Pacific Beach and says the most satisfying aspect of his job right now is seeing the staff get excited by the beers he’s making. That’s a direct reflection of the feedback they’re getting from customers, and when customers are happy, everyone in the restaurant is happy—especially Dan Enjem.