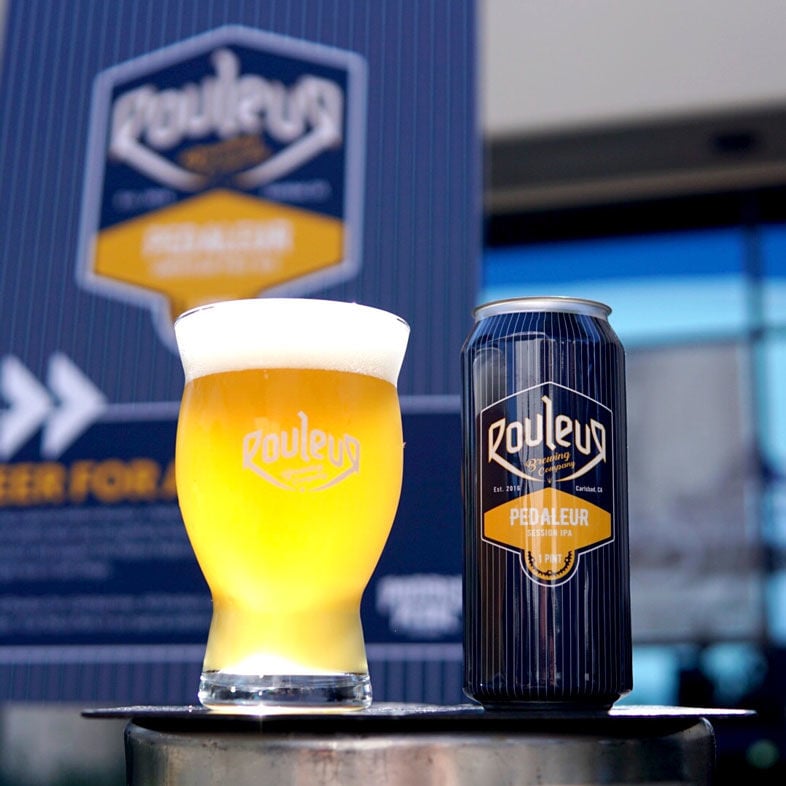 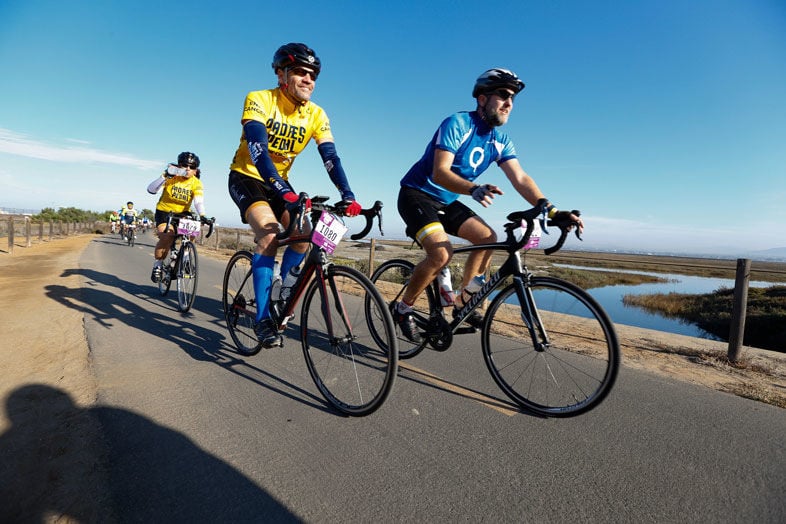 Padres pedal the cause

Bridging the gap between the ideals of "vote with your dollar" and "it’s just beer, don’t take it too seriously" can prove surprisingly contentious in the craft beer world. In an age when breweries are loudly boycotted due to racist revelations while others are criticized for taking any public stance, craft beer is increasingly becoming a space in which battle lines are drawn by consumers and the very act of purchasing beer is considered a political act. Rightfully so, I say.

But thanks to the sensationalism that particularly egregious offenders tend to spark, it’s often the breweries making a concerted effort to better their communities that get left out of the headlines. Rouleur Brewing Company is one, and the latest in a long line of charitably-minded local breweries working to raise money for a good cause.

Rouleur’s newest collaboration—dubbed "Pedaleur"—is a 5 percent ABV session IPA brewed with Strata hops, a citrus and tropical fruit-forward hop strain relatively new to the beer scene. One dollar from every pint sold will be donated to Padres Pedal the Cause, a local nonprofit working to raise money for cancer research organizations. It’s only available on draft at Rouleur’s Carlsbad tasting room, but will also be provided to participants at the conclusion of the annual cycling 5K at Petco Park on Saturday, November 16. (Interested participants can still sign up to run, walk, or cycle by registering here.) A canned version of Pedaleur will be released for public sale after the event.

"San Diego is known for the India Pale Ale (IPA), so I figured an IPA would be best suited for this event," explains Rouleur's owner and brewmaster Rawley Macias. "Most participants will be tired after their ride… [so] we decided to brew a session IPA. Session IPAs have the aroma and citrusy, piney flavors of standard IPAs, but are lighter bodied and less filling—perfect for a post-ride beer." It’s the first year Rouleur has brewed the charitable beer, but the bicycle-themed brewery is already planning on making this a long-term relationship.

Originally founded in St. Louis in 2009, Pedal the Cause has raised over $30 million for cancer research, with $10 million coming from the San Diego chapter. Cancer is the number one cause of death in San Diego (according to Pedal’s website), so it’s fitting for a San Diego brewery to join the fight to find a cure.

Rouleur is far from the only local craft brewery with a philanthropic affiliation. Last year, Societe Brewing Company was able to collect over 13,000 pounds of food plus $15,040 in monetary donations during its annual holiday food drive to benefit the San Diego Food Bank. Earlier this year, Gravity Heights hosted a #Cheers4Sarah fundraiser to support Chat With Champs, another local charity launched by local homebrewer Miguel Loza after his nine-year-old daughter was diagnosed with Stage 4 lymphoma cancer. Pure Project donates 1 percent of all sales to environmental nonprofits as part of the "1% for The Planet" movement. I still think it’s imperative to identify businesses perpetuating harmful behavior in order to make responsible purchasing decisions. But I also think it’s time to have a pint from those who have a heart.