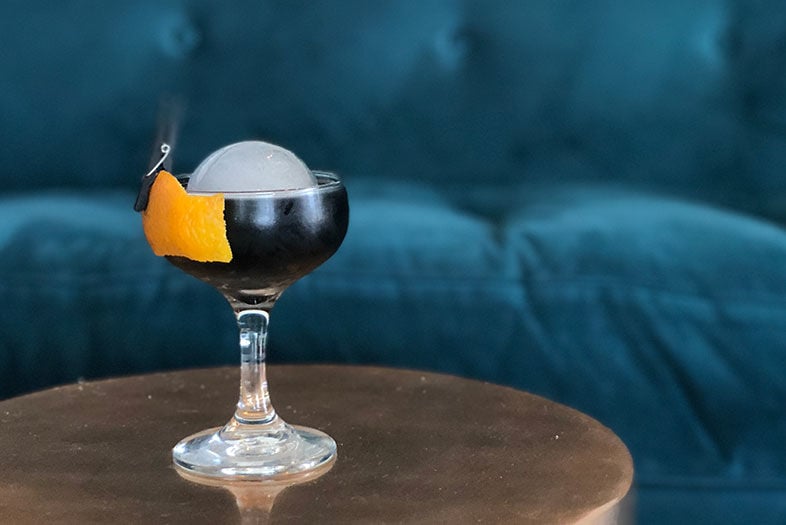 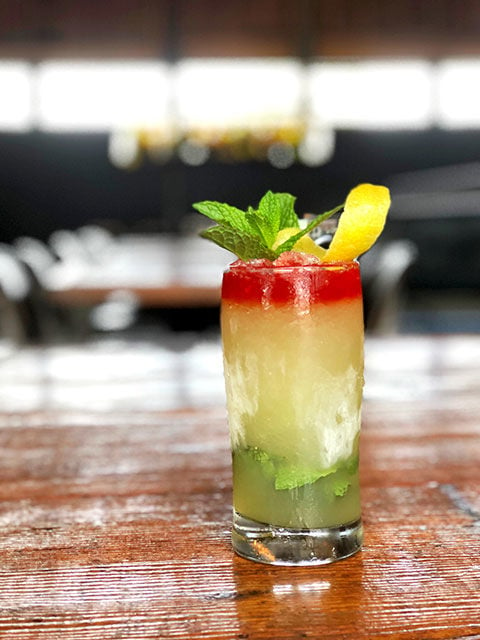 Each year around this time, San Diego bartenders tap into their inner geeks to come up with cocktails inspired by superheroes, comic cult classics, and, of course, whatever big film Marvel’s peddling this year. There are a lot of clever beverage offerings for this year’s Comic-Con—more than I could possibly list—so I’ve narrowed it down to 14 that offer fans a double shot of fun and creativity.

The part insect, part human from Mortal Kombat was the inspiration for this nuanced cocktail made with Monkey Shoulder whiskey, mint, white tea, honey, and R&D smoke bitters.

This one’s both a nod to M. Night Shyamalan’s new film Glass and fun twist on a classic Last Word. It’s made with Nolet’s Silver Gin, Aperol, Green Chartreuse, cherry bitters, and egg whites with a Champagne float.

This gin sour-inspired homage to Black Panther gets its black hue from activated charcoal, an ingredient that doesn’t change the taste—just makes it fun to drink.

Havana 1920’s six-cocktail Comic-Con menu was inspired by characters from Avengers and Guardians of the Galaxy. You can’t go wrong with rum and apricot, so I’m recommending this one, made with Diplomatico 6-year rum, fresh pineapple juice, fresh lime juice, apricot liqueur, and R&D aromatic bitters.

Shaken and strained in a glass, with a lemon peel garnish

I’m not sure how we’re supposed to feel about Quentin Tarantino right now, but he inspires a good drink. This one’s all booze, made with rye whiskey, Fernet Branca, Amaro Meletti, and New Orleans bitters.

The Golden Lasso @ The Hopping Pig

This cocktail’s vodka base lets its other flavors—raspberry, hibiscus, and lemon—shine through. Champagne and edible gold leaf add sparkle.

Rick and Morty fans will be flocking to Bankers Hill to sip this homage made with rye whiskey, green Chartreuse, lemon, mint, cane syrup, ginger syrup, and Peychaud’s and Angostura bitters to the crass-yet-oddly catchy song.

Kaffir lime and coconut make magic together in this cocktail inspired by the Mortal Kombat character made with kaffir leaf-infused gin, lime, coconut liqueur, and spiced milk syrup.

The Man in Black @ You & Yours Distilling Co.

I can totally see the sassy superhero sipping this cocktail made with 1888 rum, strawberry purée, lime juice, and agave nectar with a black-strap rum float.

This cocktail, made with Vida mezcal, guanabana, tamarindo soda, lime leaf, and charred orange is part of a $27 meal deal that includes two tacos (The Hero and The Villain) and dessert (The Love Interest).

I don’t know enough about the Avengers character to get the "special treat" reference, but I dig this cocktail’s nod to Greek flavors. It’s made with Metaxa brandy, Greek red wine, peaches, orange zest, cinnamon, and sparkling ginger.

Are you a Comic-Con goer looking to get out of downtown for an evening? Kindred’s got perhaps the most Comic-Con-friendly cocktail in all of San Diego with enough fantasy and sci-fi references to appeal to even the most cynical geek. Try the Ladyhawke (Crème De Pamplemousse Rose liqueur, Campari, lemon, Cocchi Americano, ginger, sparkling rosé) or the Miss Spider (bourbon, Crème de Cacao, lemon, peach cobbler jam, mole bitters). And this week’s edition of Kindred’s every-Thursday Permanent Vacation tiki cocktail night features D&D-inspired artwork, Ancient Astronaut T-shirts, and a creepy-cool four-eyed wolf mug.