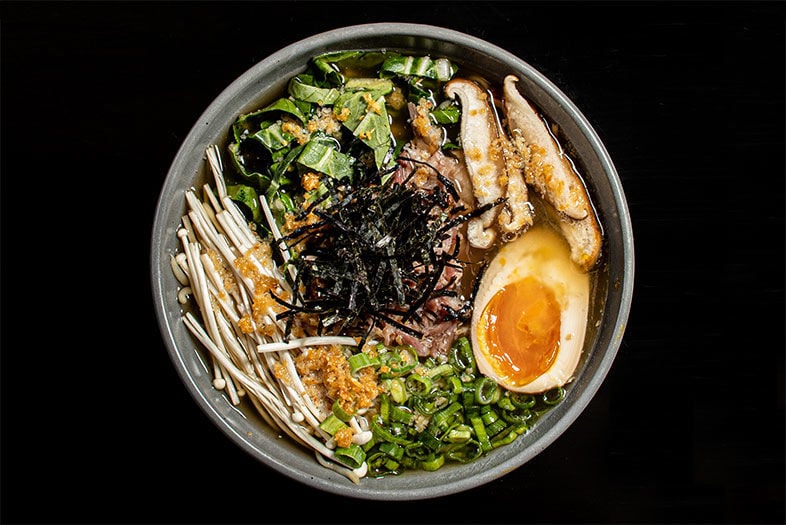 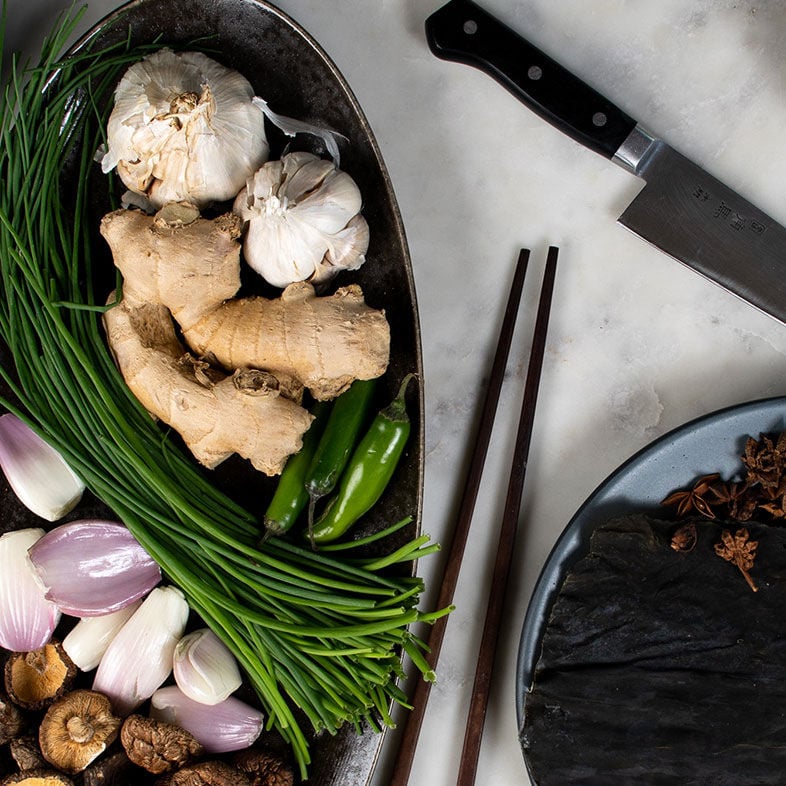 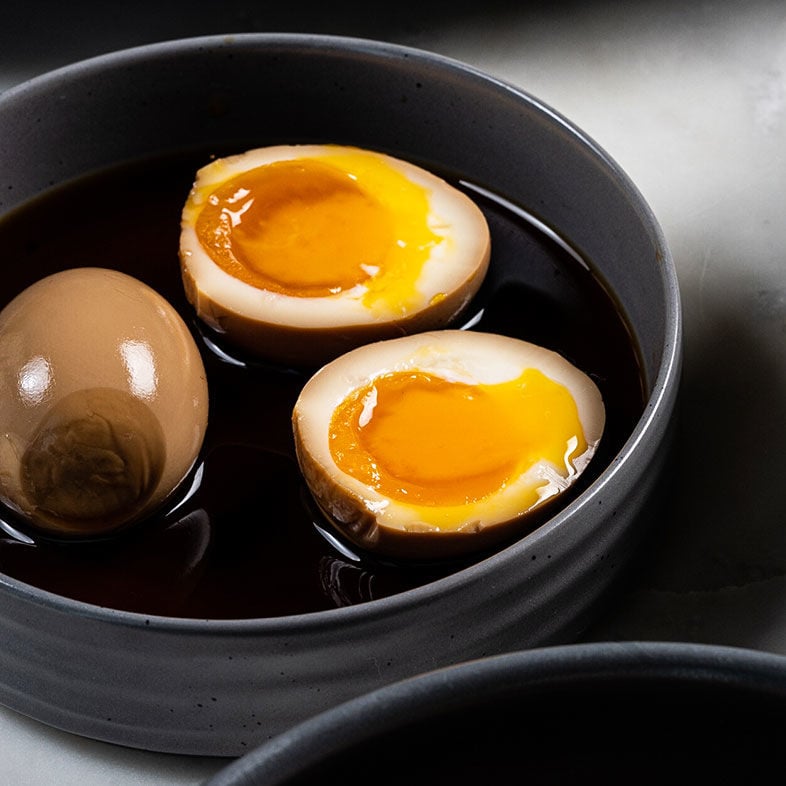 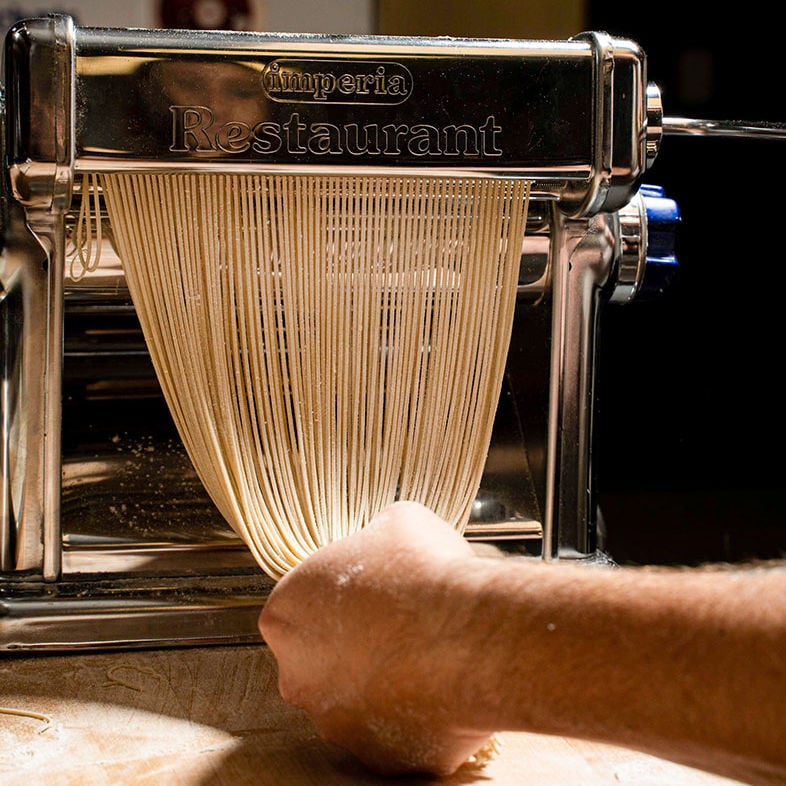 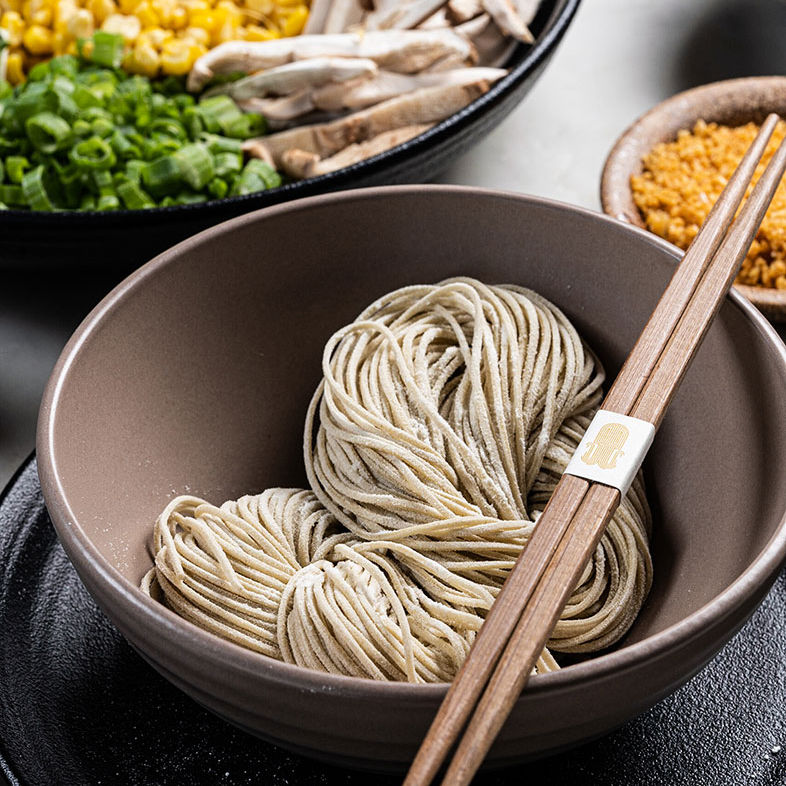 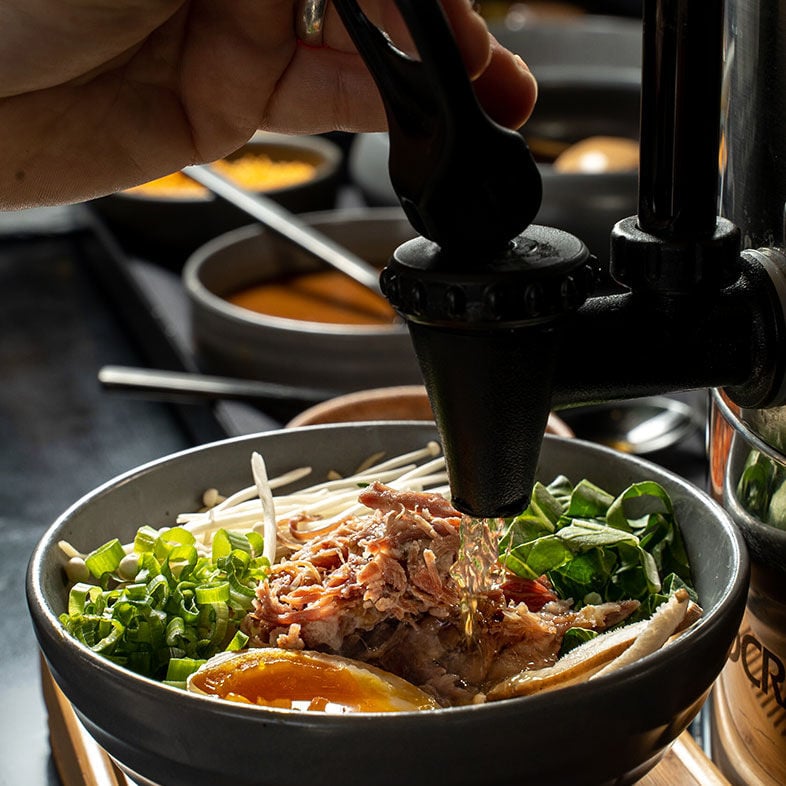 Joe Magnanelli worked at Cucina Urbana for over a decade and is now executive chef at Asian-fusion restaurant Animae. For Nima Café next door, he cooked up a nontraditional ramen. The broth starts with kombu dashi (kelp and water), simmering for three hours with a bevy of ingredients, including brown sugar, sake, and shiitake. He adds a tare (paste) of soy sauce, sherry vinegar, and miso.

Ramen aficionados know a good egg when they see one. The soft-boiled egg, or ajitsuke tamago, that typically accompanies a bowl of ramen has a custardy consistency and a flavor of its own when it’s made right. Magnanelli uses organic eggs from GoneStraw Farms and soaks them overnight with some of the ramen broth, Bragg liquid aminos, soy sauce, mirin, and sugar.

Magnanelli is a pasta-making guru, so it’s only natural that he insisted they make Nima’s ramen noodles in-house. But not all noodles are the same. "With pasta, you want the noodles to swell and absorb the sauce, but with ramen, they can’t swell up in the broth," he explains. The dough for ramen requires more gluten, baking powder, and alkalinity. They go through a manual noodle press before being portioned out.

Nima has two types of ramen, a vegetarian one topped with a seasonal vegetable, the other with smoked ham hock instead of cha siu (pork belly). Each bowl is portioned ahead of time with the noodles and veggies and toppings, then refrigerated until ordered.

The broth isn’t bubbling in a stock pot over a stove—it’s in a large kettle, then poured from a tap when a customer comes in and orders a bowl. Magnanelli says it was a workaround for the fact that Nima Café doesn’t have a kitchen (all prep work is done at Animae next door). The biggest challenge was keeping the broth piping hot—"no one wants lukewarm ramen," he says—and coming up with a stock recipe that wouldn’t congeal in the kettle. The result is a light, but flavorful, bowl of noodles that can be ordered quickly but is exponentially better than zapping a Styrofoam cup in the microwave.