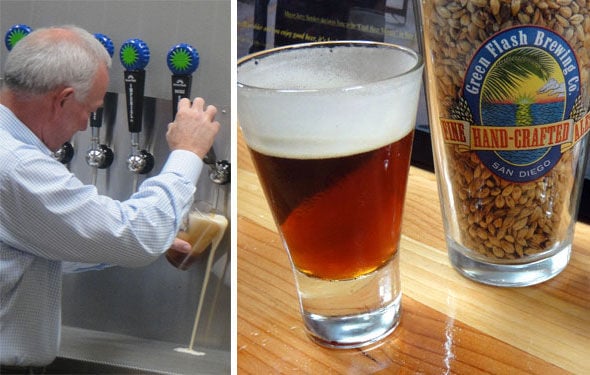 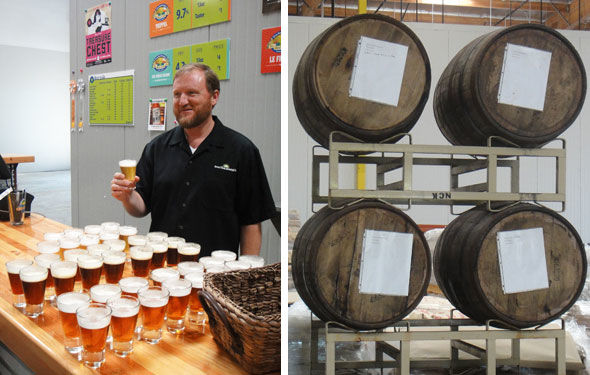 Green Flash CEO and Founder Mike Hinkley took us on a tour of the cavernous space, which currently brewing capacity of 45,000 barrels a year - three times what they were producing at the original Vista location (new Aztec Brewery just officially took over the old space).  With yet another expansion scheduled for completion in 2013, they’ll hit 100,000 barrels of beer a year, plenty to satisfy the 17 states that they currently distribute to, and beyond.

Brewmaster Chuck Silva was just getting ready to supervise the first bottling in the new brewery, and shared that he has plans to release his sought-after Silva Stout in four-packs of bottles.  And fans of Silva’s little-seen sours, including Lil’ Freak, his Summer Saison (recently renamed San Diego Saison) aged in barrels, just might see a special, small-batch bottling down the line.

Since I’m slightly sour beer-obsessed, I had to ask Silva if he was planning on trying his hand at a Flanders red ale; after all, the new brewery is serendipitously located on Flanders Drive in Mira Mesa.  I was elated when he showed me a corner stacked with 14 wine barrels of a Flanders ale, aging until they’re ready to drink in a few years’ time.