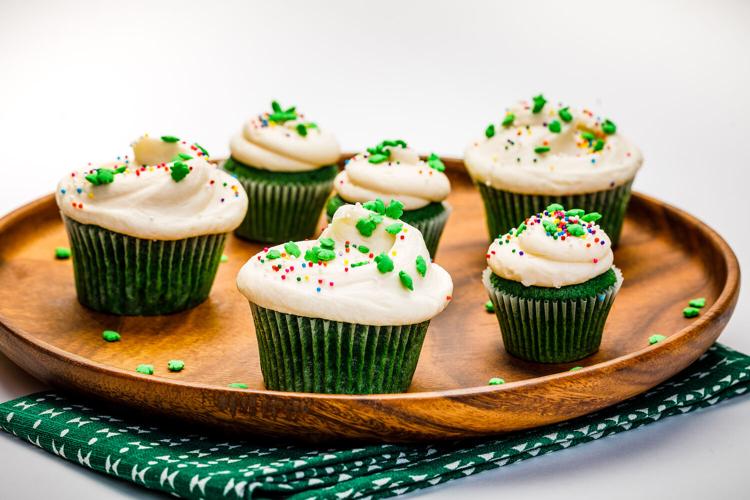 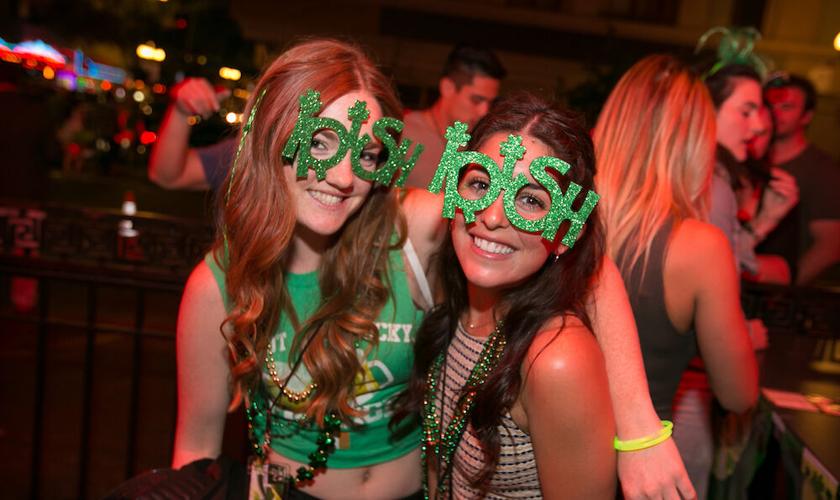 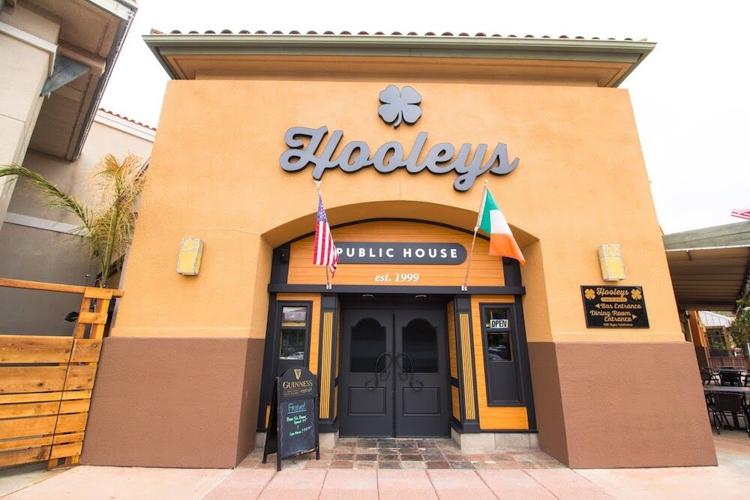 For a tasty treat to pair with your bottles of Jameson and Guinness, head to SusieCakes in Carmel Valley. Their holiday selections include green frosted sugar cookies and chocolate Guinness cupcakes made with Guinness stout and a Baileys buttercream. To get in on the fun, take home a St. Patrick’s–themed decorating kit with buttercream and sprinkles for you and your loved ones to put together. Available now through St. Patrick’s Day.

For the entire month of March, Lucky’s is making everyone feel like they found gold at the end of the rainbow. Highlights from their special menu include a housemade corned beef breakfast served with hash browns and eggs; and the Reuben sandwich with corned beef, Swiss, sauerkraut, and Russian dressing on marble rye.

Head to the Gaslamp to check out the Irish 4 a Day bar crawl. Hop in and out of over 15 local bars, including The Shout! House, Tin Roof, Whiskey Girl, and Vin de Syrah, all within walking distance. Rock out in your green garb to DJ sets and enjoy drink and dining specials, face painting, and more.

Show up for the biggest St. Patrick’s Day pub crawl in Pacific Beach. Nearly a dozen participating bars include Break Point and Cabo Cantina, which will be offering $5 margaritas and tequila shots. After checking in, receive drink coupons, free welcome shot vouchers, and a map of all participating locations. Also, grab a complimentary St. Patrick’s Day necklace and get free entry into any after-parties following the crawl.

With enough surrounding greenery to remind you of the Emerald Isle, select from Lakehouse’s special St. Patrick’s Day menu, featuring $25 corned beef and cabbage plates from The Grill. Other special deals include their $16 Guinness-and-Jameson special, promoting two Irish party essentials.

Head to Pacific Beach for live music and an Irish-inspired menu at Mavericks Beach Club on St. Patrick’s Day. Highlights from their holiday menu include mashups like corned beef tacos, corned beef nachos, and Irish coffee slushies. DJs will be providing a soundtrack throughout the evening, but when they’re not spinning, catch acoustic trio the Thundercock jamming from 7 to 8:30 p.m.

The Gaslamp’s favorite sports bar, arcade, and smokehouse combo is opening early at noon for St. Patrick’s Day. Mix and match or try the Irish nachos, their take on meaty Irish treats combined with classic salty goodness. Other standouts include the corned beef tacos and the Irish TV Dinner with corned beef, braised cabbage, and roasted baby potatoes. Talk about a healthy Irish meal.

Feel the rhythm all day at Hooleys Public House with their live music lineup: In El Cajon they’ll have Joey Harris and the California Celts; in La Mesa will be Raney & Butler, Rebel Celts, and Bagpiper Ben; and Tony Cummins is playing both locations. The pubs will be offering a special Wee Folks menu for the kids, and their Smithwick’s shepherd’s pie for anyone searching for a traditional Irish feast.

This British bar is offering a traditional take on St. Patrick’s Day, including a live piper and drummer performance at 6 p.m. Their menu for the day includes corned beef sliders and traditional Guinness Irish stew. They’ve been celebrating Irish culture on March 17 at Shakespeare’s for over thirty years, so expect a good time.

For an Irish celebration that’s distinctly San Diego, check out the first annual St. Paddy’s O’Beach Party on Saturday, March 19. Starting at 11 a.m. there’ll be live music from local bands like reggae outfit Doah’s Daydream and Band of Gringos, a rock trio from Ocean Beach. Expect themed games like Leprechaun Limbo and a corned beef cornhole tournament. They’ll be keeping it green with their debut Guac Off, where partygoers can sample guacamole from 10 local vendors and vote for their favorites. Pair that with their over-21 beer garden and you’ve got a distinctly San Diego St. Patrick’s Day.

It’s an all-Irish night at The Comedy Store in La Jolla, where the lineup will be Martin Angolo, Sean Finnerty, and Dave Nihill, accents and all. General admission is $20.