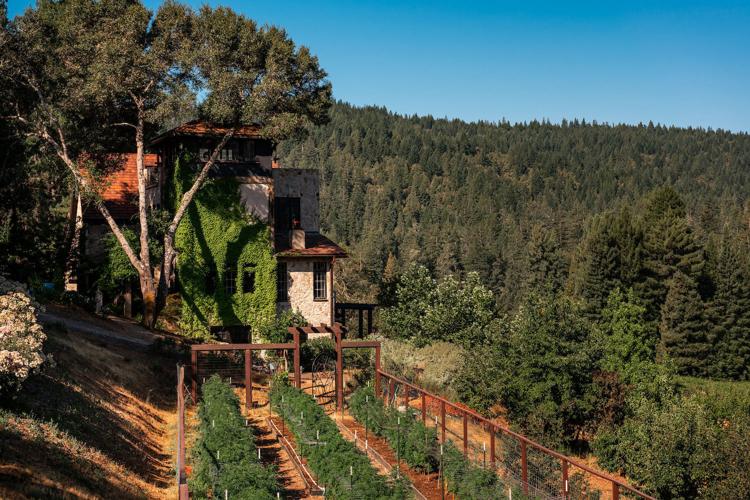 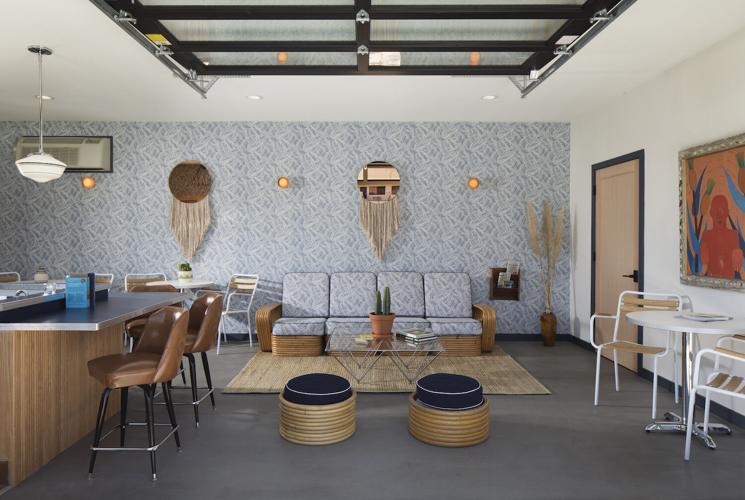 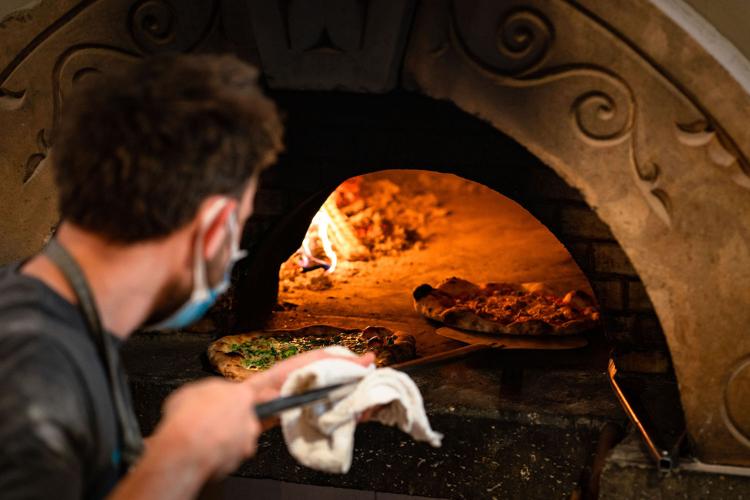 Wickson at The Madrones 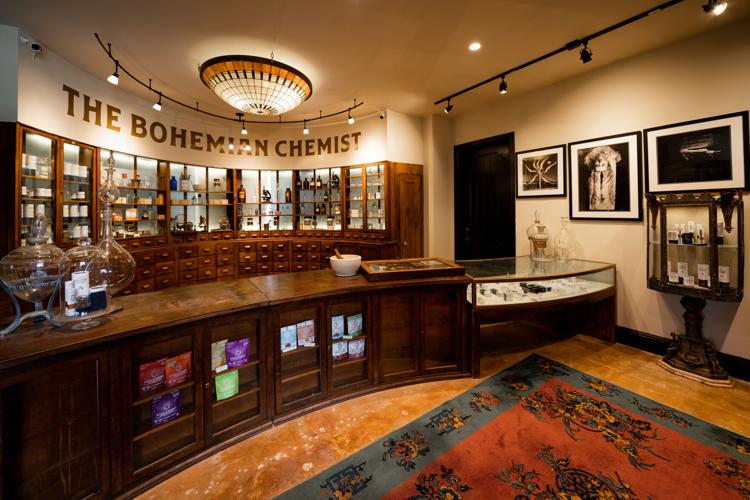 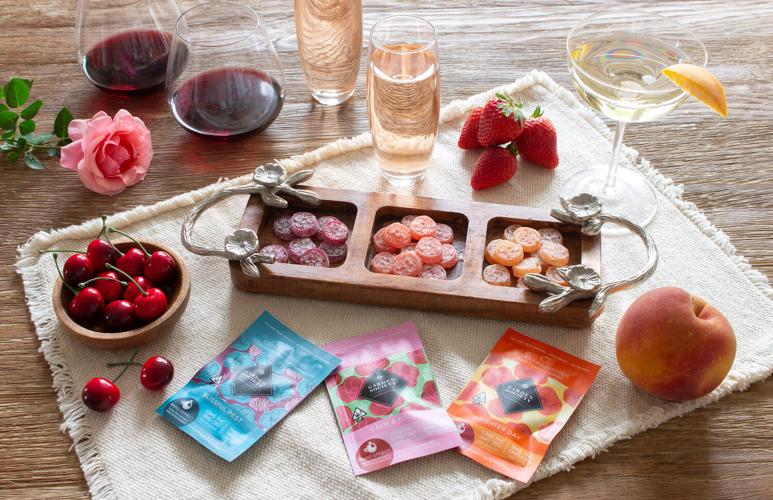 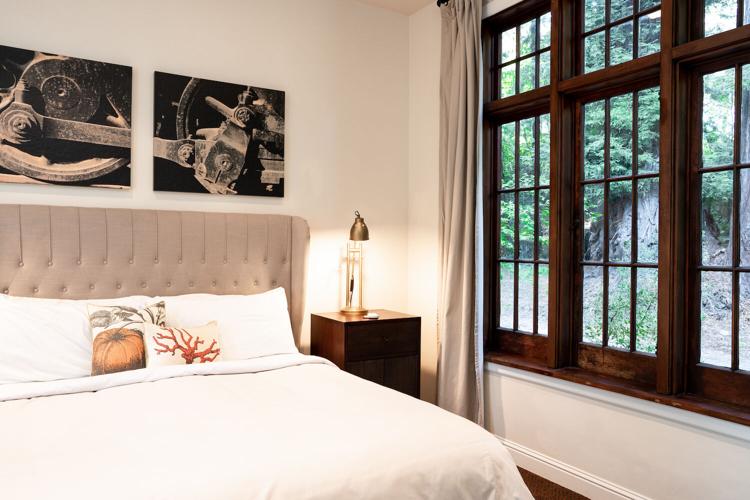 “This is nice,” I think while sitting on the redwood deck of my room at The Brambles, a boutique hotel in Mendocino County’s Anderson Valley. I puff on a freshly-rolled joint made with cannabis from the owners’ farm, called Sugar Hill, which is just down the road and on the other side of the redwoods towering around me. At the same time, I’m sipping a chilled glass of light-bodied red wine made from Pinot Noir, the region’s flagship grape. It feels like the most natural thing in the world, especially after a long drive.

It’s not lost on me that a hotel experience such as this wasn’t possible until recently. That’s not the fault of anything in the natural world—a remarkable coincidence of California’s geography is that weed and wine country overlap.

Still, the regulations around cannabis, particularly those concerning alcohol and weed together, are still fairly strict. But things are loosening up, especially on hotel properties, and wine and weed vacations are finally becoming a thing. Even though cannabis and alcohol consumption is not allowed, nor recommended, while driving, they do make great rewards after a day of logging miles. Plus, flying with weed and wine is kind of a pain, so the fact I can load up the car with cases, eighths, bottles, ounces, and all the rest is, to me, just one of the many benefits of living in California.

It’s possible to make it to Mendocino in a straight shot from San Diego, but having done that drive many times alone, I don’t recommend it. So instead, I decided to stop in Santa Rosa, in Sonoma County. Long considered to be California wine country’s regional hub, it’s home to two cannabis-friendly hotels and a few excellent dispensaries. I bed down at the retro Sandman Hotel, which has an in-house, Sonoma-focused wine bar that allows smokers to toke up on-site.

Once in Mendocino, I crashed at The Brambles, which is cannabis-friendly and features a handful of well-appointed luxury suites in an old redwood house repurposed for hotel guests. It’s all part of a larger adult playground, called The Brambles, which has an on-site restaurant, dispensary, boutique, and other bells and whistles.

The Spinster Sisters in Santa Rosa is a farm-sourced, veggie-friendly restaurant boasting the best and most interesting local wines on tap as well as a bistro-style menu with seafood options and stellar cheese selections. Farther north, Wickson at The Madrones is the place to eat in Anderson Valley—it’s the on-site restaurant that works with local farms to fill its modern Californian menu. While there, I decided to sit in the garden, where nobody would bother me, while I vaped cannabis oil and enjoyed a glass of wine with some pizza.

While in Santa Rosa, I stopped at Solful dispensary. They stock my favorite cannabis brand, Garden Society, which makes wine-flavored cannabis gummies and ice water hash-infused pre-rolled joints. The ride up the 101 from Santa Rosa, which passes through the Russian River Valley, was stunning, but at some point, I turn off on the 128, to reach my final destination of Anderson Valley. Almost instantly, the rolling wine country geography turned much more mountainous, the highway more winding. Gnarled, moss-covered trees start to interspersing with redwoods. Eventually, I start to see wineries again, and I know I’m in the Anderson Valley. Roederer, Husch, and Navarro are three good wineries in the town of Philo.

One of my all-time favorite vintners, however, is Long Meadow Ranch. It has a tasting room at The Madrones and just across the breezeway is The Bohemian Chemist, a custom-built dispensary at The Madrones that's almost too pretty to be believed. The art deco apothecary vibe comes from the Czech Republic. The shop sells weed products from all over the state, as well as its signature house brand of the same name.

The coup de grâce on my trip was Sugar Hill Farm, the working sun-grown cannabis farm that powers The Bohemian Chemist and The Madrones and is owned by the same couple. They inherited the property from a parent who grew medical cannabis in the pre-legal days. As far as I know, it’s one of the only places where regular folks can tour an active, licensed weed grow, and was a fitting end to a journey that provided me with a sense of just how much things have changed.