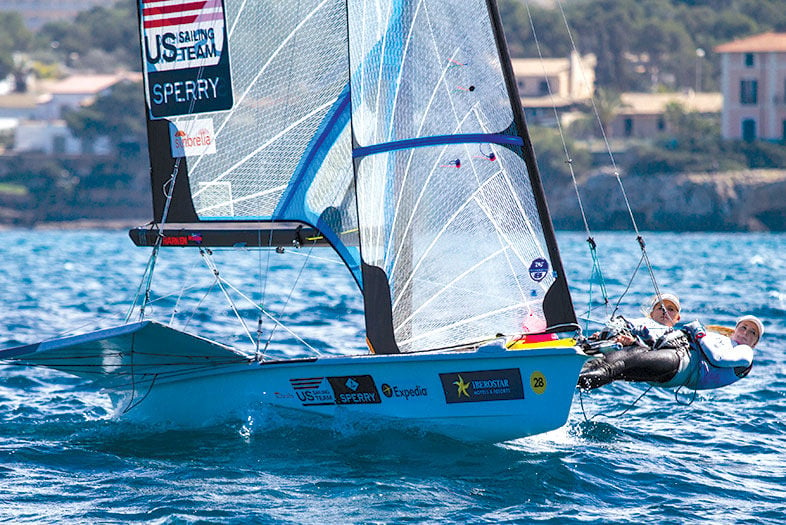 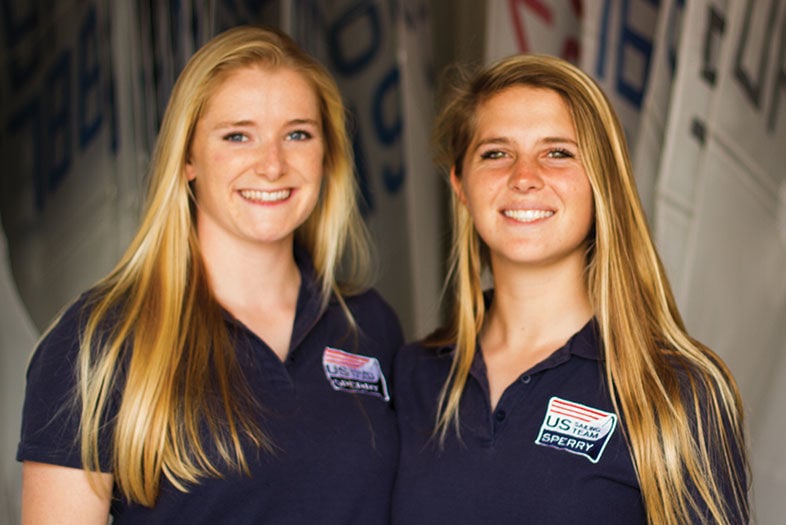 Helena Scutt’s memory is foggy about that September day in 2013. She knows what happened. During a race at the 49erFX World Championships in Marseilles, France, both Scutt and teammate Paris Henken were trapezing, sailing speak for hanging over the edge of the vessel by wires, which gives them more leverage and is part of the thrill. As they rounded a turn, another boat was coming straight at them, each boat traveling about 15 miles per hour. The boats themselves never touched, leaving Scutt to suffer the full force of the impact and send both women flying.

"Paris pulled me out of the water," 23-year-old Scutt recalls. "I don’t remember how we got there. They got me back to the dock and I started going through shock. They got me to the hospital, which was rough, not speaking the language. I broke two ribs, lacerated my left kidney, and also broke the left transverse process of my second lumbar vertebra. Pretty high impact, obviously."

Henken felt awful, since it’s her job to steer the boat. "She never blamed me," she says. Still, it was a setback that threatened the duo’s bid for the 2016 Olympics. Luckily, Scutt received news that she wouldn’t require surgery, and her wounds would heal on their own.

"We still had three years," explains Henken, now 20, who lives and trains in Coronado with her two brothers, who are also competitive sailors. "It wasn’t a setback because of her injuries. It was a setback on whether she wanted to keep going. She’s very motivated and pushes herself a lot."

"I never thought it was Paris’s fault," Henken says. "It’s just part of our sport. We sail fast boats. It’s the nature of racing. When similar situations happen, I still get nervous. The good thing is that Paris doesn’t show any apprehension. I resented that at first, like, ‘Of course you don’t, because it didn’t happen to you!’ But I’ve realized that it’s good. We can’t have a cowardly mentality. It brought us closer together as a team."

Clearly. The duo has been the top boat for the women’s team over the past two years, winning a bronze medal at the 2015 Pan American Games and qualifying for the Olympics in February. After having raised over $100,000 on their own to finance their road to the games, the two now spend weeks at a time training in Rio.

Their particular sport is pretty thrilling to watch, a cross between sailing and Cirque du Soleil. The two-person 49erFX class is one of the fastest racing skiffs in the world. Competitors are suspended by trapeze wires off the side of the boat, controlling the sail and boat with their core muscles. The boats are easily tipped, which presents a significant challenge in Rio’s Guanabara Bay, where the sailing events will be held.

"Rio’s quite complicated because it has lots of currents," says Henken. "Coronado is usually the same every day, same wind speed, regular sea breeze. It changes the way you think about racing."

There have also been numerous reports of raw sewage polluting the water in Guanabara Bay. Pundits have even suggested the sailing events be moved to another location. That’s especially concerning when it comes to the 49erFX, which is one of the hardest boats to keep from capsizing.

Neither Henken nor Scutt sound too concerned. They’re in the Olympics, after all. "There’s been talk that people should pull out," says Henken, "But if we pulled out, someone else would just take our place. We just wash our gear off really well and clean our hands really well before eating."

So both women have a few things to remember in Rio—and some things they’d like to forget. What’ll get them through is the same thing that’s made them one of the world’s top teams.

"We have a lot of fun together," says Scutt. "I remember the first weekend we sailed together. We were laughing. This week is our second to last training for our first Olympics. A lot of people might get nervous or tense. But we’re still out there, grateful and laughing. That’s what’s enabled us to get through the tough times. We’re super lucky."