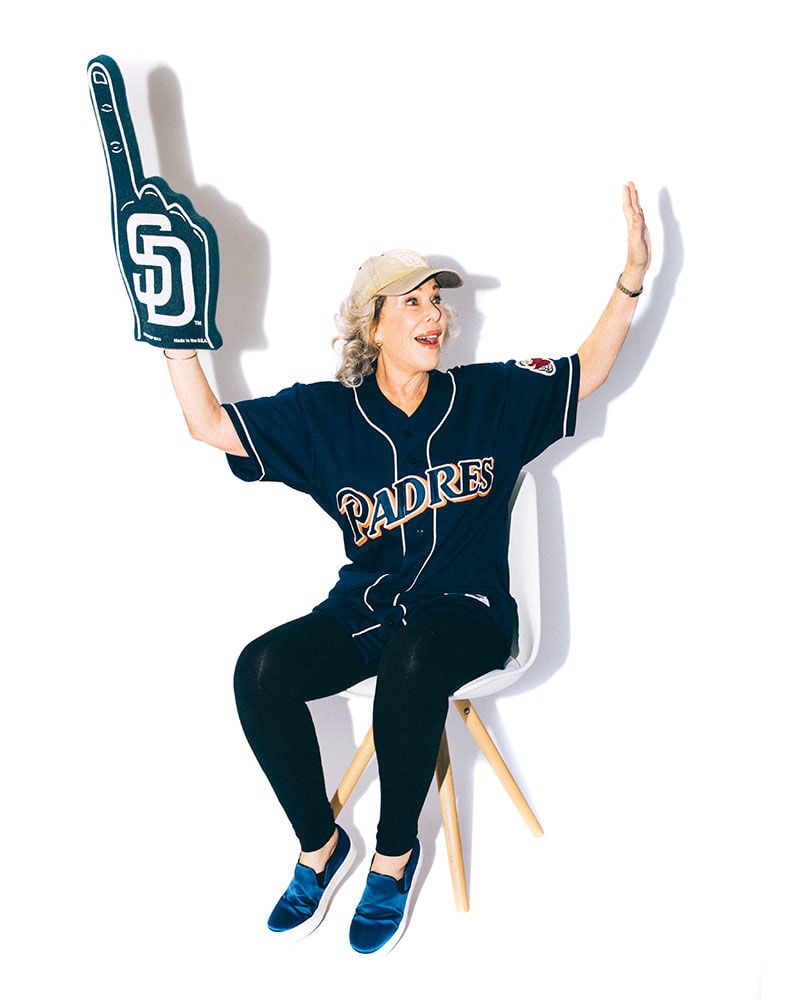 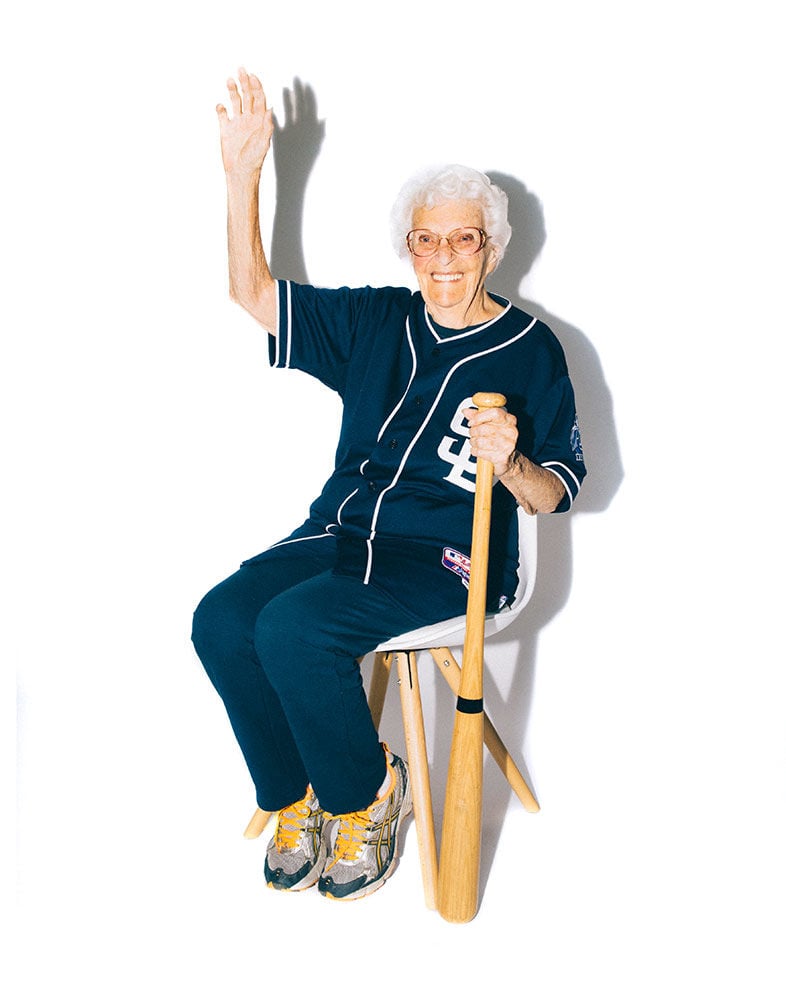 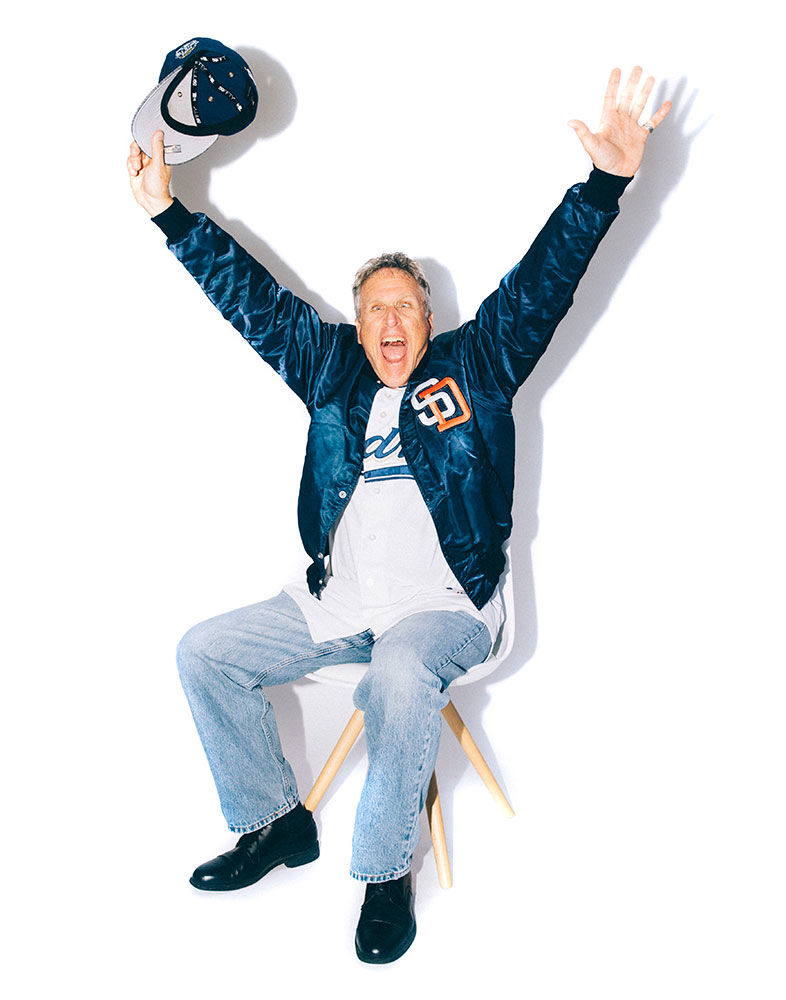 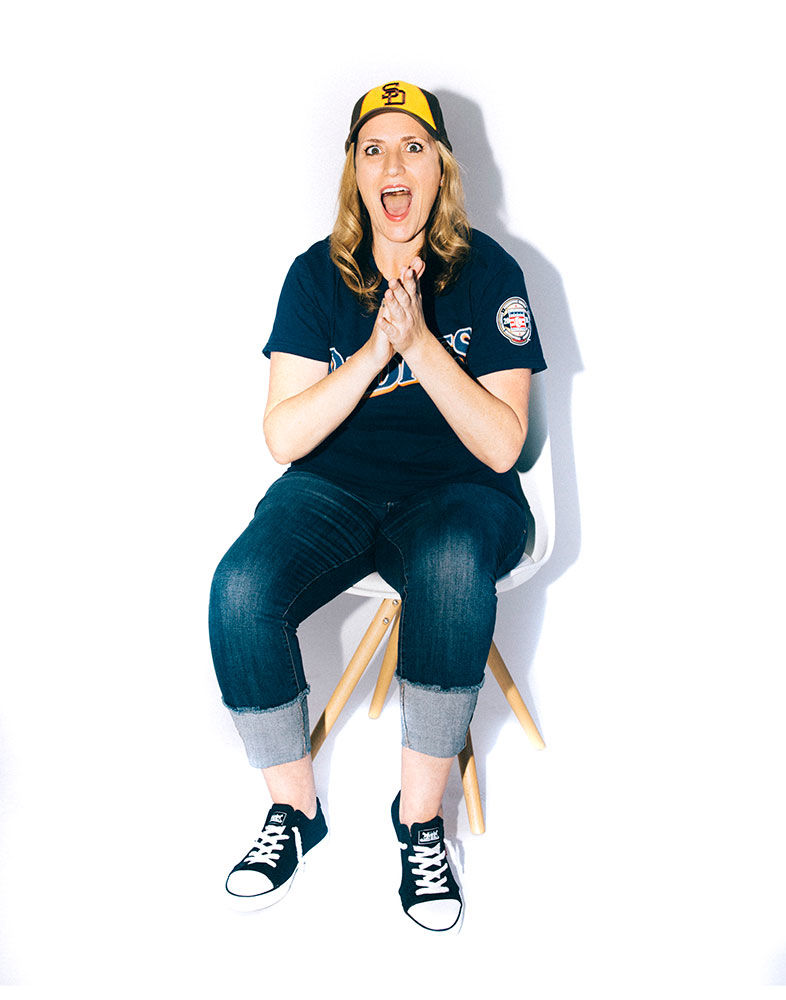 "In 1984, I snuck away from running the ‘Lynn Schenk for County Supervisor’ campaign and went with my late husband, Bob, to the fourth game of the postseason against the Cubs. It looked like it was over—and then Steve Garvey hit the BIG ONE! Bob and I stood and clapped and cheered for at least 15 minutes. Bob loved the Padres, and rooting for them still connects me and my kids to him."

"On August 1, 1972, my best pal and I were practicing baseball skills in Coronado, listening on my transistor radio to our Padres play a doubleheader in Atlanta. Our excitement grew as first baseman Nate ‘The Great’ Colbert kept whacking the ball out of the park! As we walked home down Orange Avenue, announcer Jerry Coleman practically jumped out of our little radio as Nate took tough submariner Cecil Upshaw out of the yard in his last at bat for his fifth home run and 13th RBI of the day!"

"My husband worked on Sundays, and I was unable to go to Sunday afternoon games because I did not have a driver’s license. So, I learned to drive at the age of 40. This was a life-changing decision. If it wasn’t for the Padres, I may have never learned to drive, and not gained this important key to my independence. Today I no longer drive but still go to almost every home game."

"During game one of the 1998 World Series, my now ex-wife couldn’t understand why I had to wear my Padres jacket inside the house while we watched with a client. She started unsnapping the jacket. I’m superstitious and went a little… nuts. Everybody laughed. The next batter was the Yankees’ Tino Martinez, who hit a grand slam. The laughter turned to glares."

"At my very first ballgame in 1984, Garry Templeton hit a grand slam to help the Padres thump the Astros, 9–0. I immediately fell in love with the team and the game. From the Murph to Petco Park, from brown to blue to camouflage uniforms, the Padres have been synonymous with San Diego and the optimism prevalent in our local culture. The 2019 Padres team offers many reasons to keep that hope alive!"

For the "Padres Thank SD" campaign, the Pads teamed up with Sycuan Casino Resort for a yearlong program that will donate a million dollars to local charitable projects.