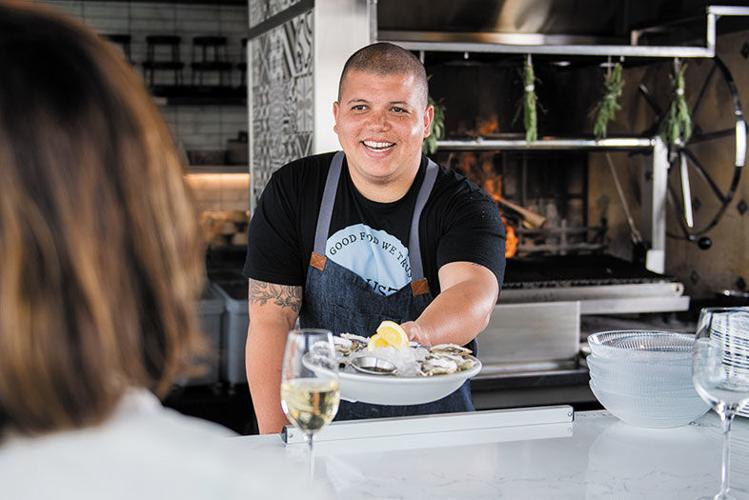 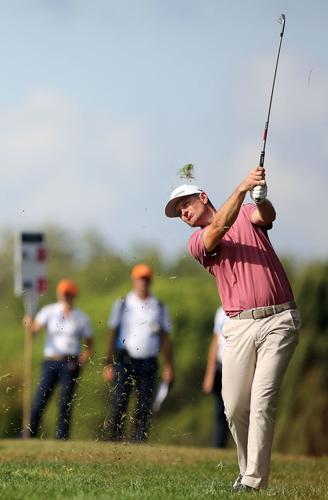 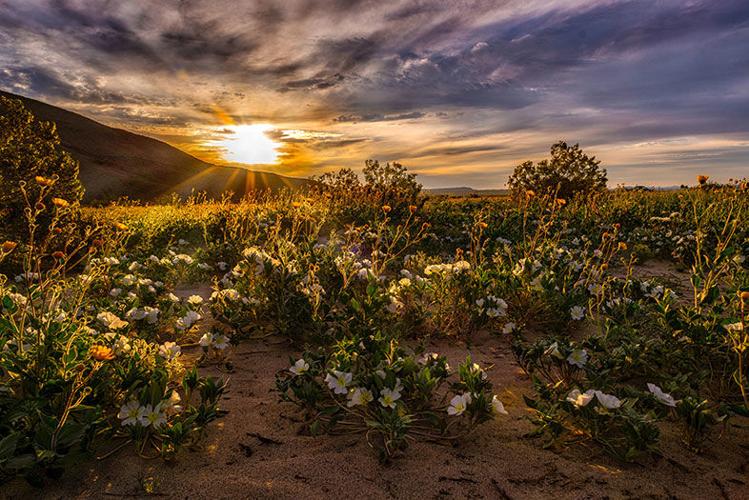 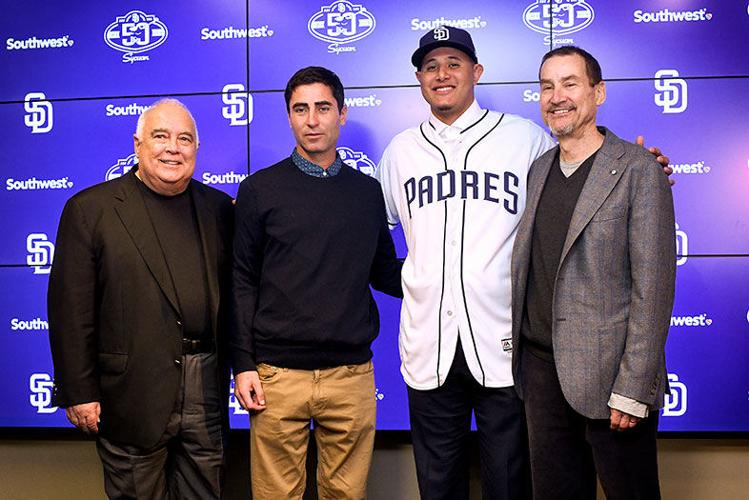 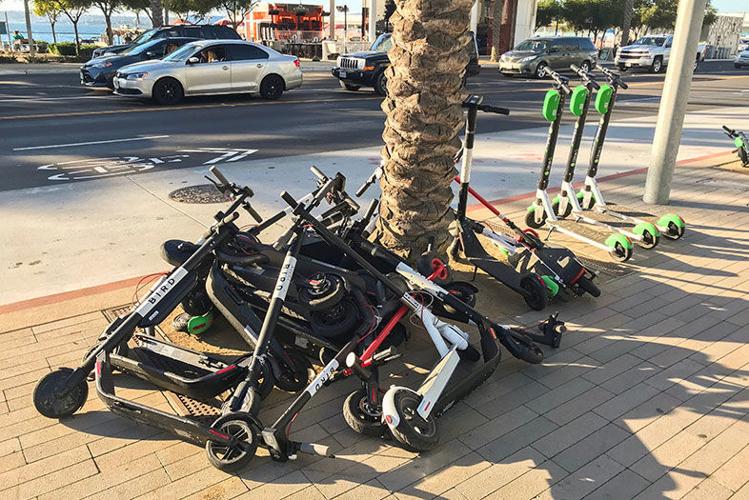 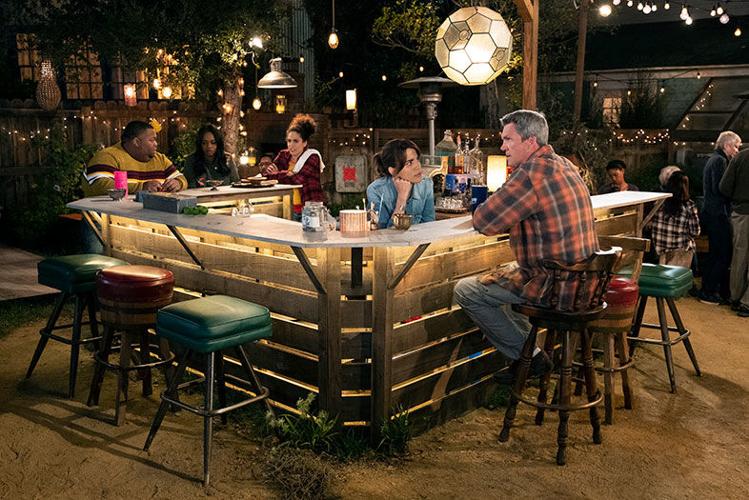 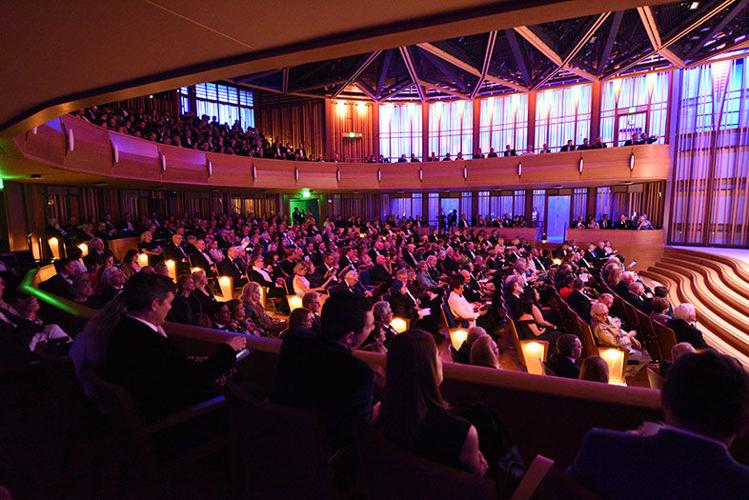 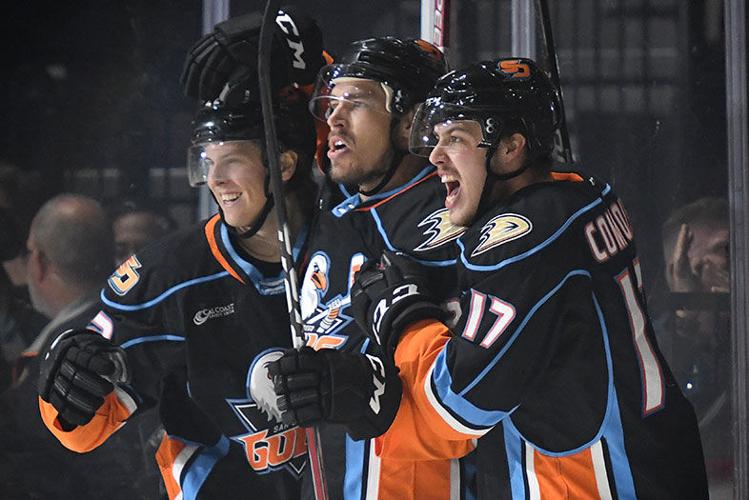 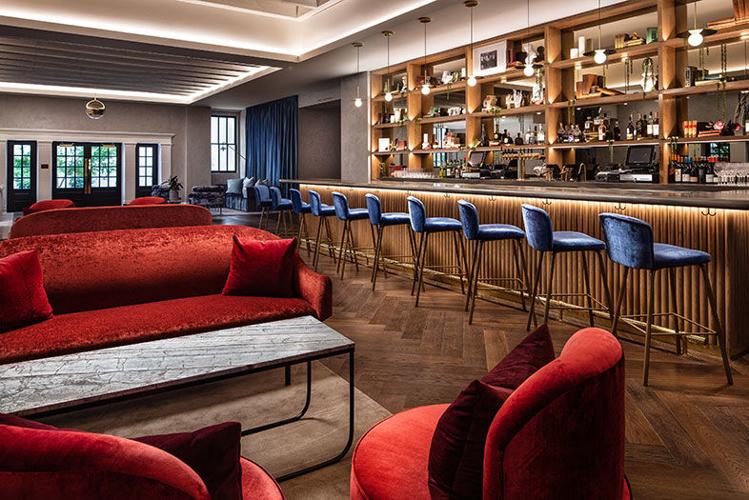 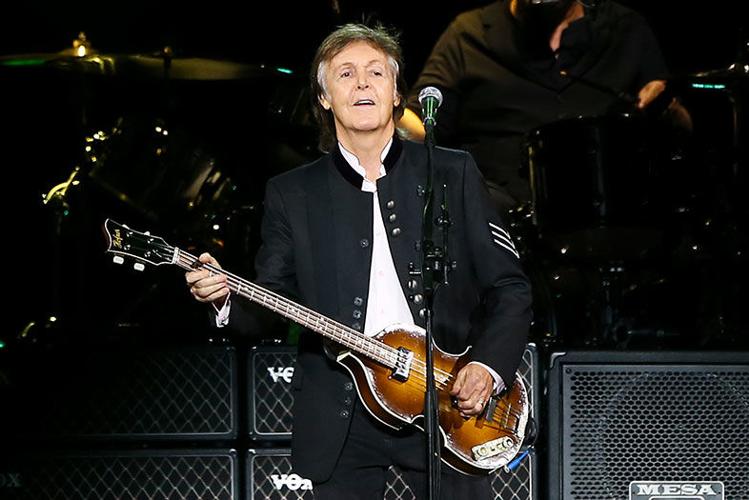 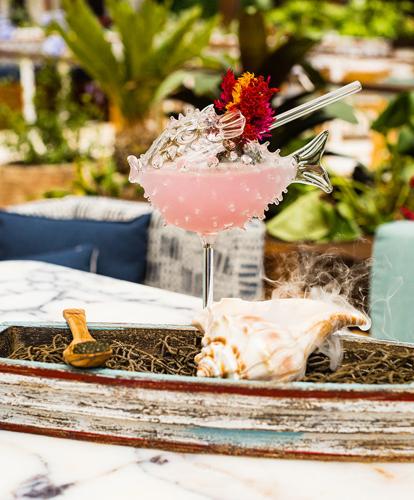 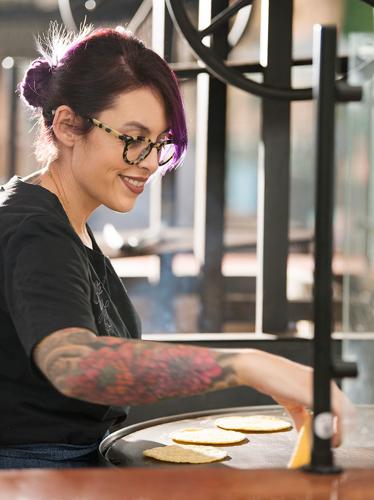 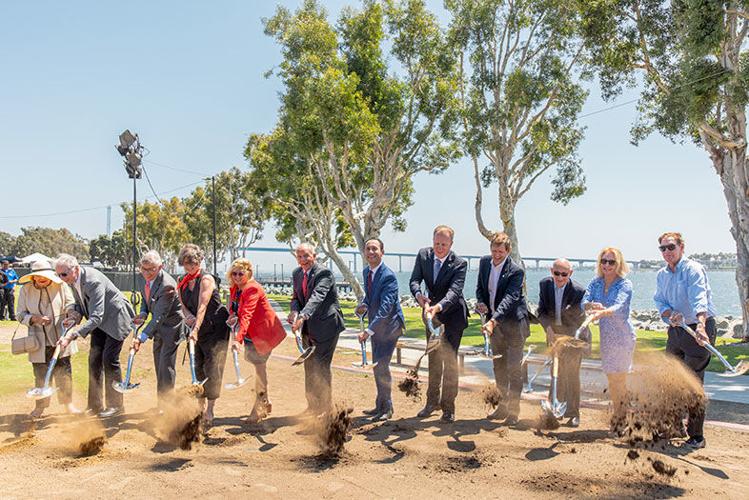 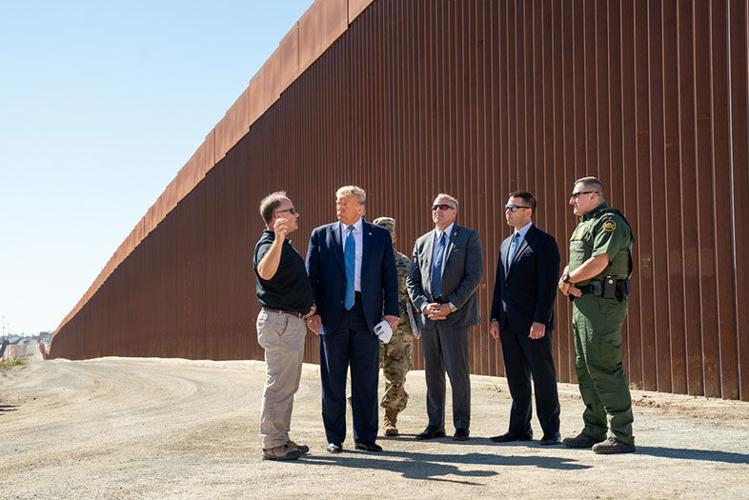 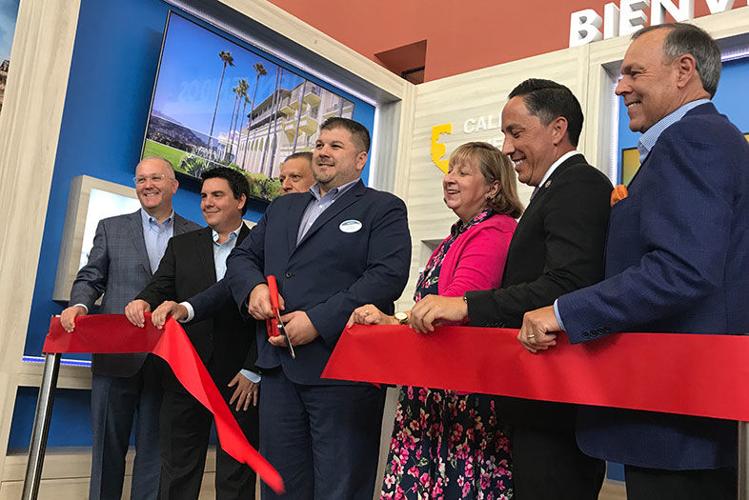 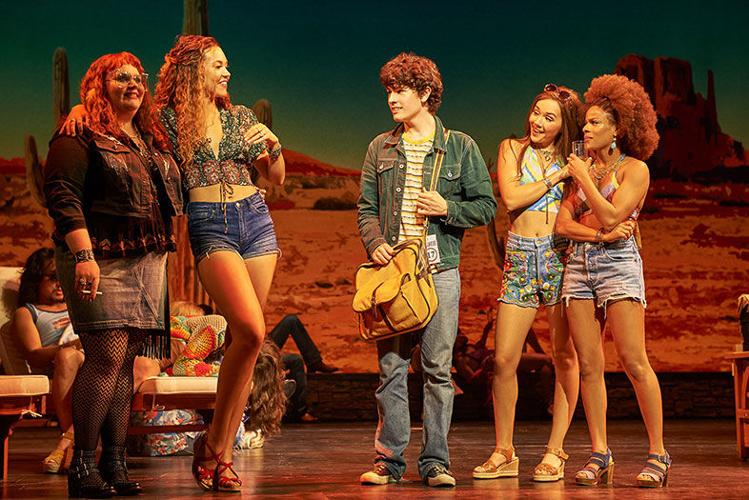 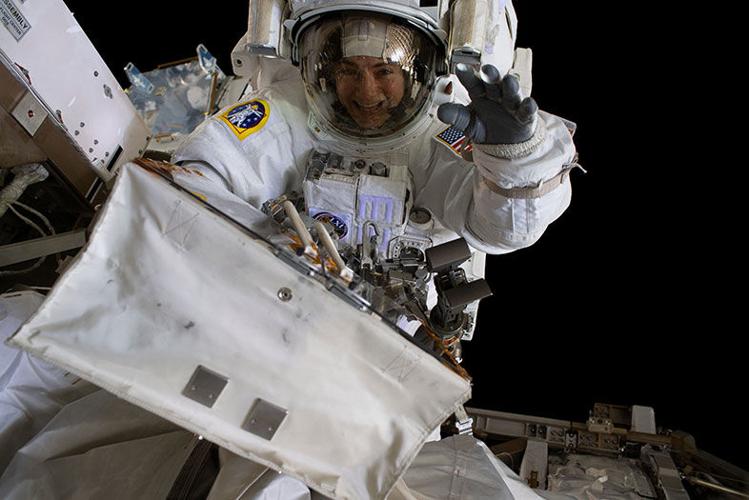 Walter Munk, the Scripps Institution of Oceanography geophysicist known as the "Einstein of the Oceans," died in his La Jolla home. He was 101.

DesertUSA.com declared that "Poppies Are Poppin’" when the super bloom got underway.

Alaska Airlines added a direct route to Everett, Washington. Other nonstop flights added in 2019 included Omaha and Norfolk. No Paris?

One Paseo finally opened. Kinda. Sorta. Slowly. Just the retail. Some of it, anyway.

Maureen Hodges was the first woman to receive the title of lifeguard lieutenant in the San Diego Fire-Rescue Department.

The California drought was pronounced officially over by the National Drought Mitigation Center at the University of Nebraska. The center announced it in a tweet, saying that we’d been in a drought since December 20, 2011.

Voice of San Diego reported that four men had come forward accusing Kevin Beiser, a San Diego Unified Board of Education trustee, of sexual assault and harassment. One was a former campaign manager, who sued him. The lawsuit was settled confidentially in September, and Beiser remains on the school board.

NBC reported that Carlsbad resident Toni Anderson, 74, won $150,000 in child support at once, 50 years after her divorce.

The San Diego Fleet, our Alliance of American Football team, went out of business when the AAF suspended operations just two games shy of completing their first and only season.

The San Diego Padres turned 50. (Hey, at least some of our sports teams are sticking around!)

SDSU astronomers reported their discovery of a third planet in the binary system Kepler-47, some 3,400 light-years away, making it the first known system where three planets are orbiting two stars at once.

A 19-year-old shooter killed one and wounded three at the Chabad of Poway synagogue.

Sycuan Casino completed a drastic redo for a cool $260 million, and got some rad food as a result (Bull & Bourbon steakhouse, Hangry Slice, Lucha Libre), giving us more reasons to head east.

The public oohed and aahed at the San Diego Zoo’s last pandas, Bai Yun and her cub Xiao Liwu, before they departed for China. The two had been on loan as part of an international conservation program.

San Diegans got a glimpse of the Coronado Bridge’s future when it lit up with color-changing LEDs. The test run on a section near Barrio Logan was part of an estimated $14 million to $16 million lighting project set to be completed in 2022.

Il Dandy opened in the Mister A’s building. The Italian restaurant is helmed by a father-and-son chef team who earned a Michelin star in Calabria.

A3 Education, a network of 19 online charter schools, was indicted for a scam worth $80 million, according to Voice of San Diego.

The San Diego Gulls advanced to the Western Conference Finals for the first time ever and ended up falling to the Chicago Wolves in six games during the Calder Cup Playoffs.

Old Trieste, which had been a Bay Park fine dining institution for 56 years, closed.

Sweetwater Union High School District cut 29 bus stops for four high schools where many students were depending on the buses for transportation, according to the U-T.

Addison received one Michelin star, the first and only San Diego restaurant to do so.

UC San Diego launched a partnership with EvoNexus to create a new "fintech" (financial technology) hub in the city.

In only the team’s second season, the San Diego Legion made it to the Major League Rugby championships at USD’s Torero Stadium.

The day after a 6.4 magnitude earthquake—the largest in Southern California in two decades—a second one measuring 7.1 occurred. Centered 200 miles north of San Diego, it was felt all the way in Tijuana.

The city of San Diego turned 250, and the Junípero Serra Museum celebrated with a moving ceremony that finally added the Kumeyaay Nation flag to the top of Presidio Hill, alongside those of Spain, Mexico, and the United States.

UC San Diego surpassed its $2 billion fundraising goal three years ahead of schedule, becoming the youngest university in the country to complete a $2 billion campaign.

After just one year in business—during which it was the only San Diego restaurant nominated for a 2019 James Beard Award—El Jardín closed for rebranding without Claudette Zepeda-Wilkins as its head chef.

A 30-foot slab of sandstone fell from the bluff at Grandview Beach, killing three related women with ties to Encinitas.

Animal Planet debuted the docuseries The Zoo: San Diego, a spin-off of a successful similar show about the Bronx Zoo. No pandas in ours, but we’ve got the first southern white rhino conceived by artificial insemination (born July 28).

Representative Duncan Hunter and his wife, Margaret, were indicted on charges of illegally using more than $250,000 of campaign money to float personal expenses, like vacations, shopping trips, and airfare for a pet rabbit.

Gina Champion-Cain, CEO of The Patio Group restaurants, was charged with fraud by the Securities and Exchange Commission. The federal agency alleged that she stole $300 million from investors in a liquor-license loan scheme.

The Windmill Food Hall opened in Carlsbad. Pea Soup Andersen’s may be long gone, but the windmill keeps turning.

Waters off of Scripps Pier warmed to 78 degrees, the highest September temperature ever recorded at the 103-year-old pier.

San Diego soccer team 1904 FC played their first official match, against the LA Force. 1904 FC is part of the National Independent Soccer Association and will be playing their home games in SDCCU Stadium.

President Trump held a private fundraiser at The US Grant before visiting the border in Otay Mesa.

Del Mar’s music festival, Kaaboo, sold to Virgin Fest. But this won’t affect its partnership with the Padres (announced just three days before), and it’s still moving to Petco Park in 2020.

Animae, a $5.5 million pan-Asian restaurant from Brian Malarkey, opened in the glitzy Pacific Gate condo complex in the Embarcadero.

The median home price in San Diego fell to $584,000—the first such drop in seven years.

A listing for a 200-square-foot glorified shed in University Heights made national headlines. Why? The rent: $1,100 a month. (No pets, no on-site laundry; credit score verification required.) As of press time, the unit appears to have been rented.

After 20 years representing California’s 53rd Congressional District, Susan Davis announced that she will not seek reelection next year.

San Diego breweries continued their reign at this year’s Great American Beer Festival, amassing a whopping 18 medals—more than any other county and more than the entire state of Texas. Pizza Port and Lost Abbey were the big winners. Cheers!

The city council’s housing committee approved the installation of movable tiny houses (halfway between a trailer and a granny flat) in backyards.

According to ESPN, Padres minor league pitcher Jacob Nix was arrested for allegedly breaking into a Peoria, Arizona, home through the doggie door.

UC San Diego alum and astronaut Jessica Meir conducted her first spacewalk, to do repairs on the International Space Station—and since she was with fellow astronaut Christina Koch, it made history as the first all-female spacewalk.

The third Tijuana pipeline break in less than 30 days released 9.2 million gallons of wastewater across the border.

SDG&E cut power to 8,000 customers in East County as Santa Ana winds increased the risk of wildfires. That number jumped to nearly 19,000 the following day, as the Miller Fire burned 37 acres in Valley Center.

Looking forward to the 2020 Padres!