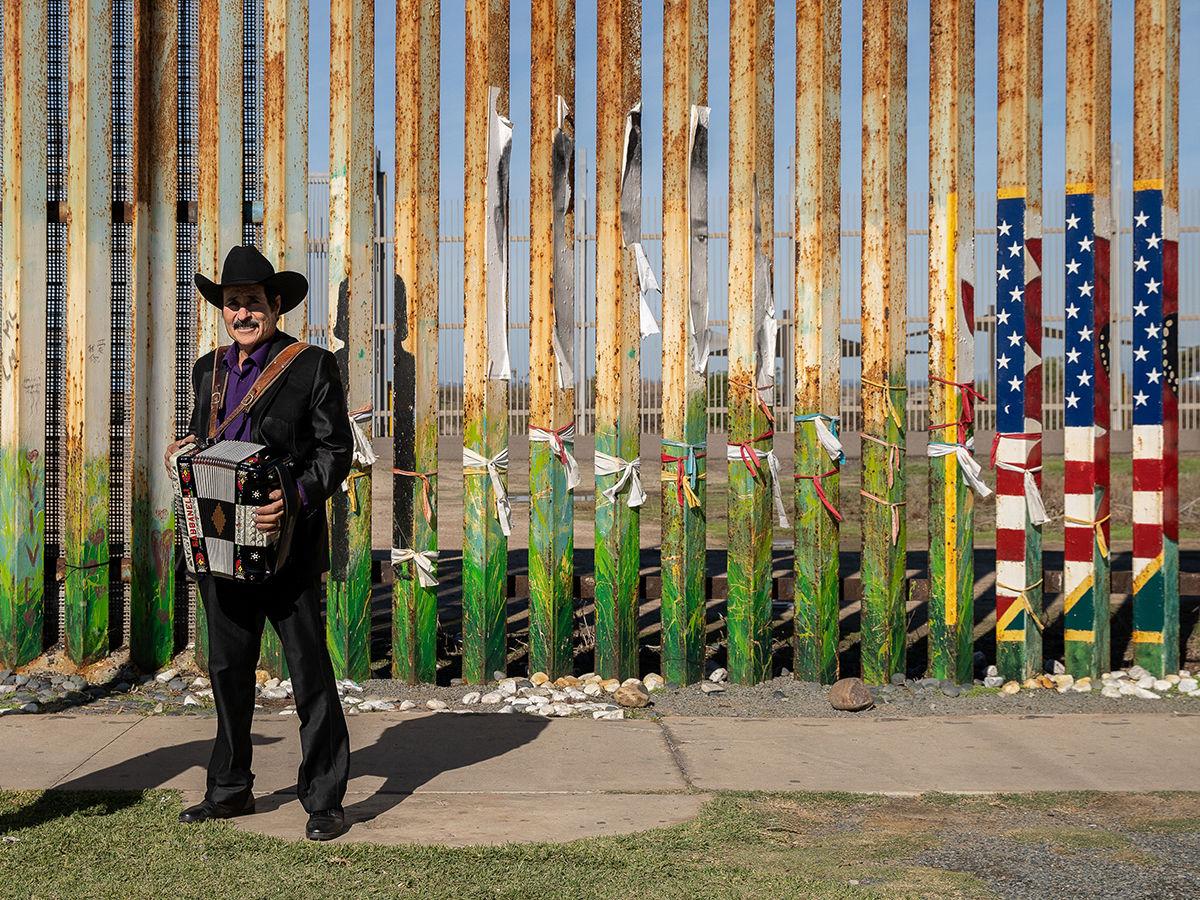 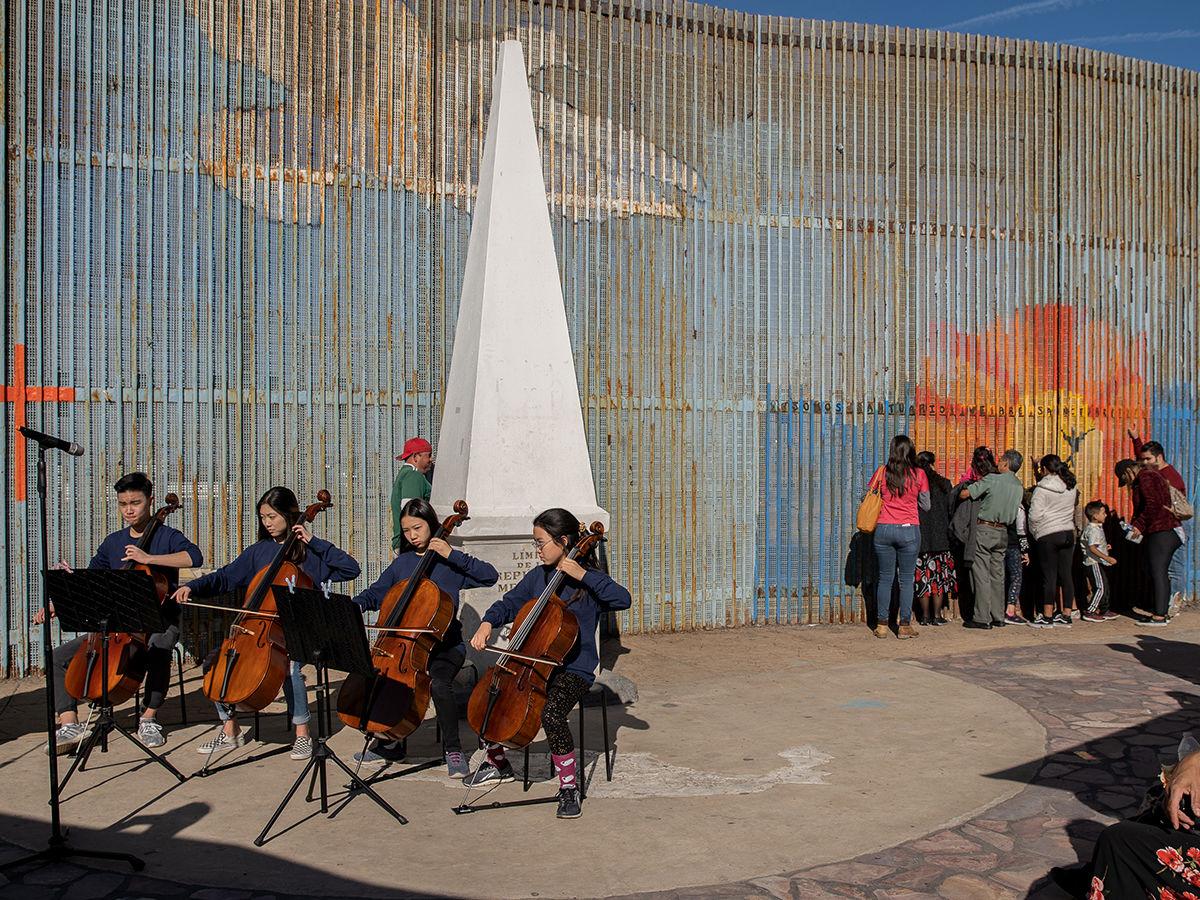 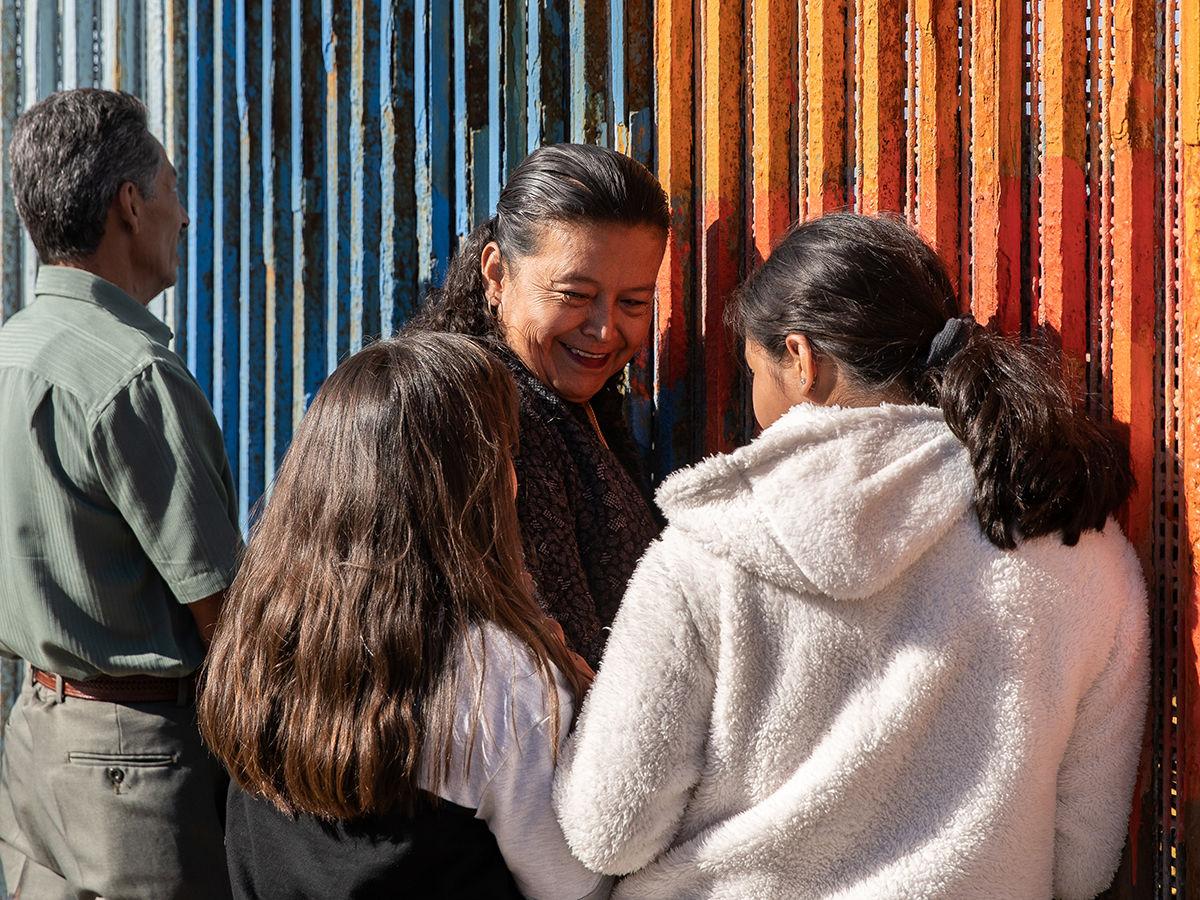 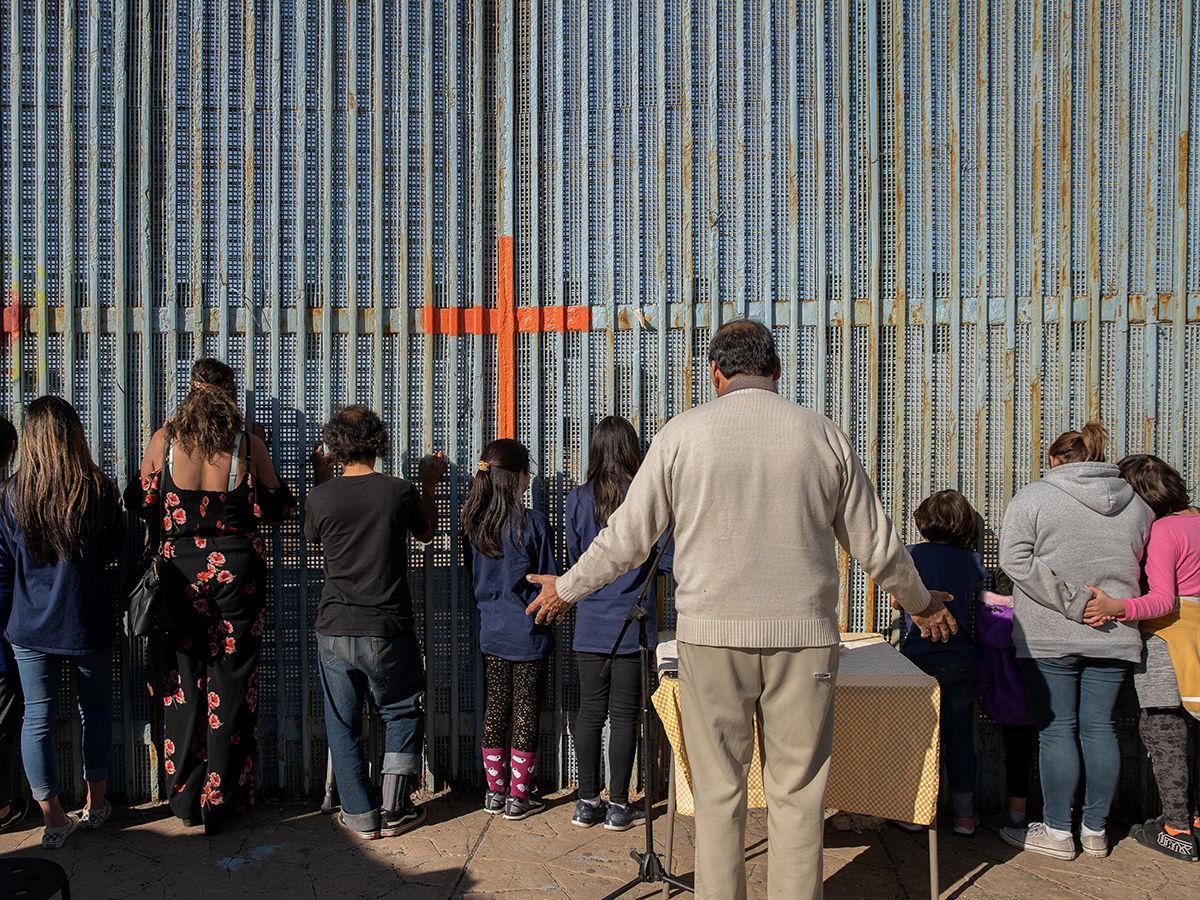 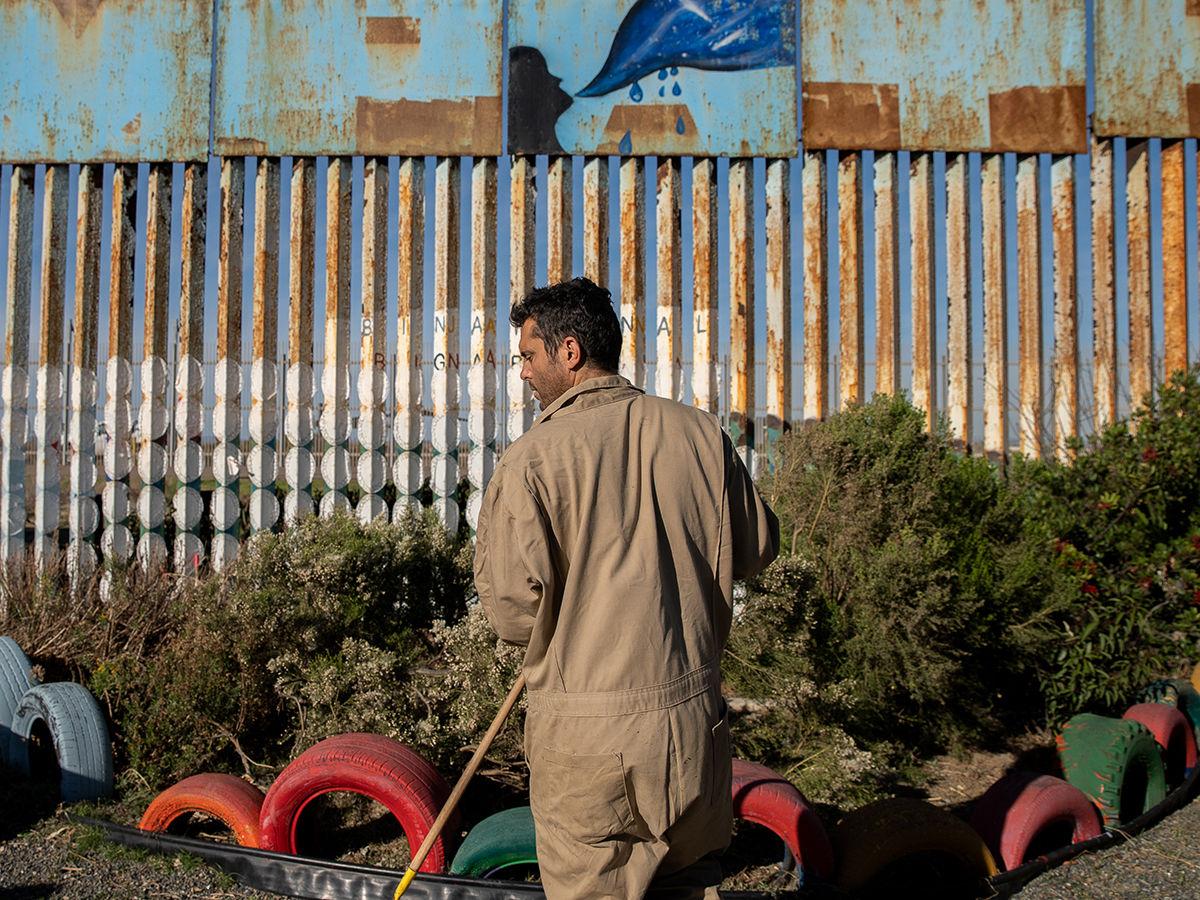 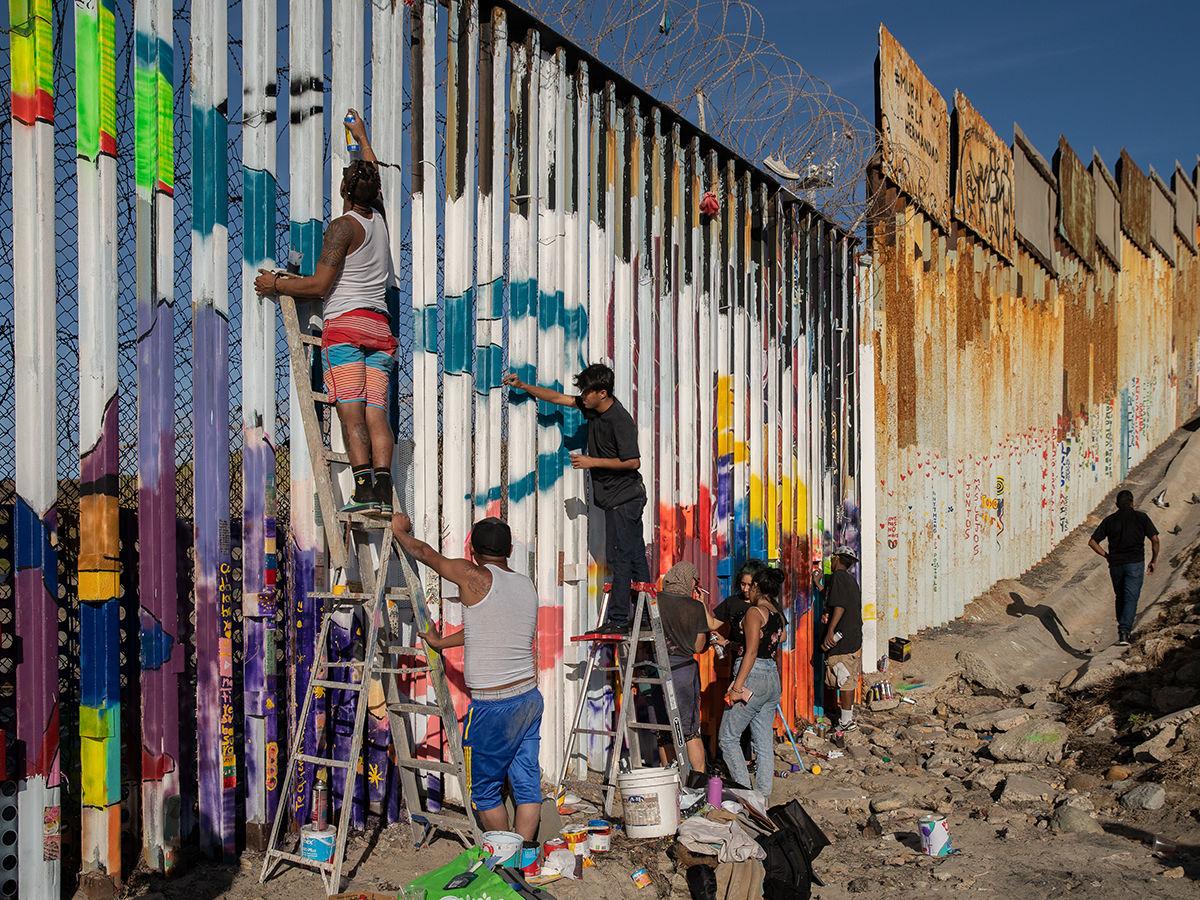 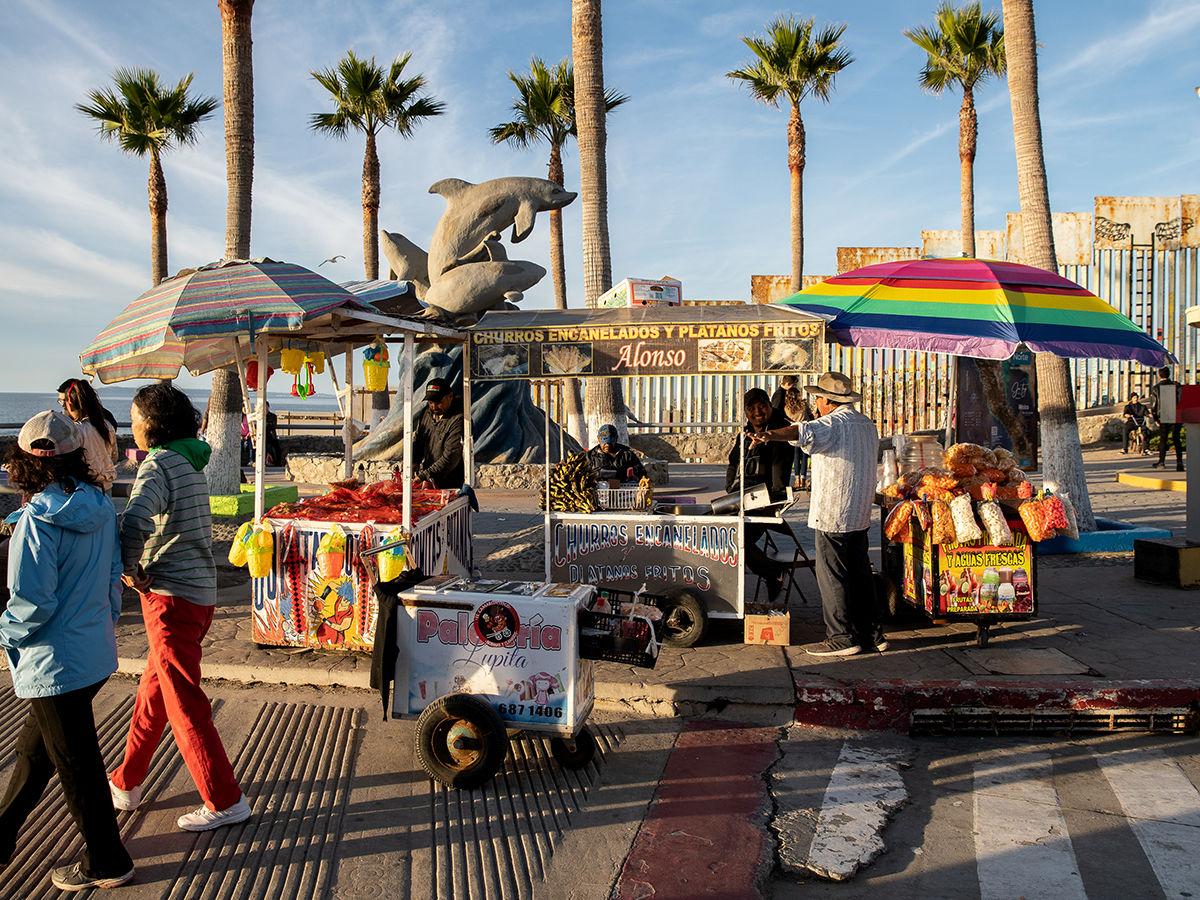 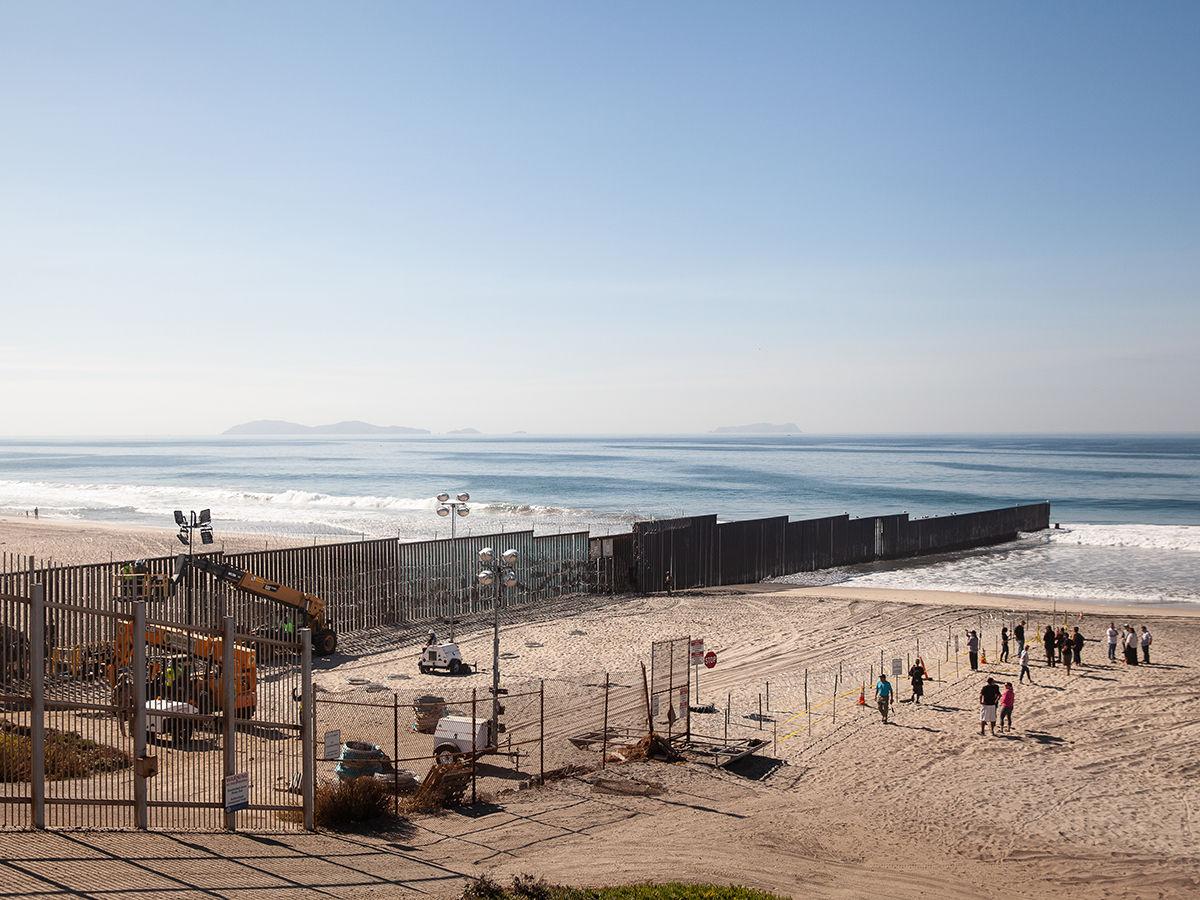 Just 20 miles south of downtown San Diego, there’s a park that overlooks where the sand starts to disappear into the Pacific Ocean—and where the US border fence does the same. Straddling the US-Mexico border, this half acre is known as Friendship Park in San Diego, Parque de la Amistad in Tijuana, and it serves as both a gathering place and a dividing line between two nations. During one afternoon on the Mexican side, we met some of the regulars, as well as those who’d traveled far and wide to be there.

Musician José Luis Rodriguez lives in Chula Vista. He’s been playing the accordion for 20 years and occasionally travels to Miami and Los Angeles to perform with his band, José Luis y Los Amos del Norte. He doesn’t go to Tijuana often, but decided to visit today to see what was happening at the park.

Middle and high school students of teacher Sarah Koo hold a concert to open a service from Pastor Guillermo Navarrete, of the Methodist Church of Mexico. Today’s performers came all the way from Irvine and Los Angeles. Before Navarrete drives them back to the border crossing, he asks them to describe the experience in one word; their responses include “hopeful,” “moving,” and “inspiring.” (In the background, Isabel and Isidro, a married couple from Veracruz, Mexico, along with some family members, speak to their sons through the fence.)

Isabel talks with her grandchildren. Her son Juan, a US citizen, brought the kids across the border so they could visit their grandparents face to face. Her and Isidro’s other sons, Isidro Junior and Rodolfo, are undocumented and had to stay behind on the US side, but they’re still risking a visit to the border to see their parents for the first time in 15 years. The family exchanges an emotional goodbye when the US side of the park closes at 2 p.m. As the family leaves, Isabel and Isidro walk back to take one last look.

Pastor Navarrete prays with his congregation. He and Pastor John Fanestil of First United Methodist Church of San Diego hold a tandem, binational service here every Sunday afternoon called The Border Church (though Fanestil is absent today).  Navarrete is from Tamaulipas and moved to Tijuana 45 years ago with his parents and brother. He first attended The Border Church eight years ago, and has been involved ever since. In the future, he hopes they will have more tents, a good sound system, and will continue being a sounding board for migrants facing injustice.

Dan Watman grew up in Modesto, California, and is a former Spanish teacher at UC San Diego who now lives in Tijuana. He started the binational garden in 2007. It grows on both sides of the fence, tended by a group he founded, Border Encuentro, whose goal is to build friendships between the two countries. On the Tijuana side, the garden includes vegetables for the needy. Watman says his volunteers usually help, but they needed a break after working two days straight.

Artists and activists from the group Quetzal Migrante, as well as some migrants staying in shelters in Tijuana, help paint a mural on the fence. The group is a collaboration between artists from San Francisco’s East Bay and migrants from Central and South America. Dulce María López (in the flower top) is one of the artists. A Jalisco native with a degree in media studies from UC Berkeley, she says the project is a symbol of empowerment and unity—“Quetzal” is the Nahuatl word for a colorful bird found in Central America, and is an ancient Mayan symbol for liberty.

Beachgoers on the US side at Border Field State Park peer at the international boundary from a secondary barrier that was built in 2009. In San Diego, Friendship Park provides the only access to the border fence, heavily monitored by Border Patrol and open only on weekends from 10 a.m. to 2 p.m.; sometimes the number of people allowed through the park gate is limited. Meanwhile, there are no such restrictions on the Mexican side.