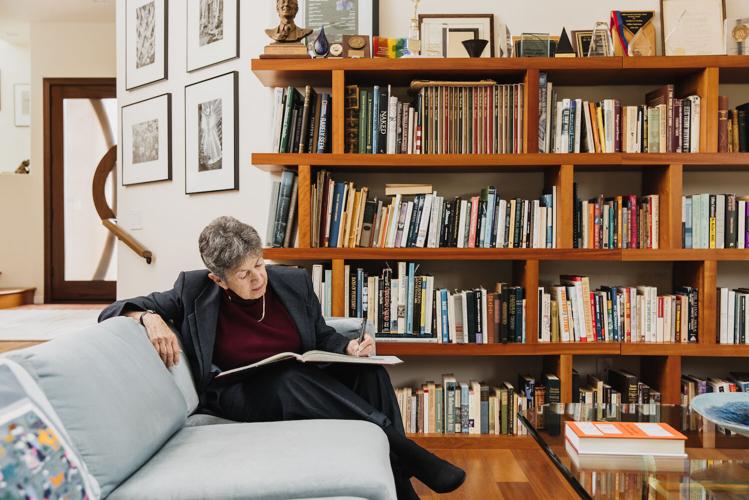 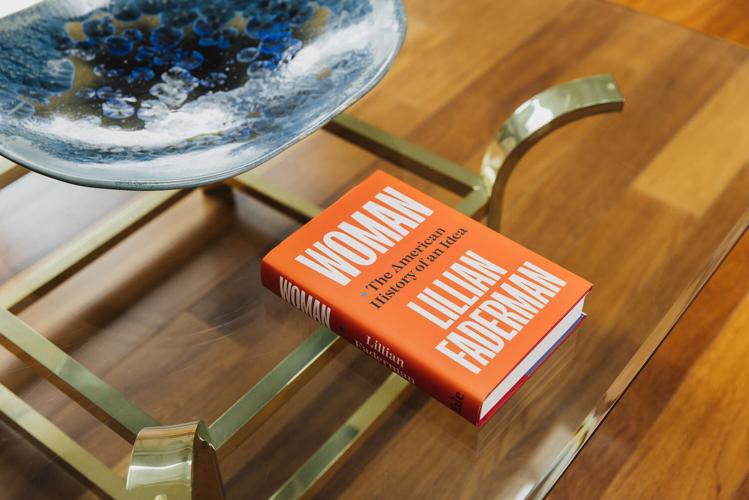 A copy of Woman: The American History of an Idea

Lillian Faderman has never done anything the easy way. The local author, historian, professor, and archivist, often referred to as the “foremother of gay and lesbian studies,” is meticulous to a point of obsession. Already known for tackling broad concepts and exploring them in a highly nuanced and accessible fashion, her expertise is on full display in Surpassing the Love of Men (1981) and The Gay Revolution (2015), the latter of which is considered by many to be the definitive history of the LGBTQ movement.

In many ways, the genesis of Woman, Faderman’s highly readable new book, dates back 20 years ago when she had the idea of exploring not so much the history of women in the United States, but the history of how women are perceived, portrayed, and contextualized. One could even argue that Woman is a book she’s been preparing her whole life to write. “I grew up in the 1950s and, for years, I wanted to find out how those images of women got established,” says Faderman from her home in La Jolla. “I think that was the reason I began working on the book; to understand for myself how and what influenced me so much as a kid.”

While the book’s subtitle (The American History of an Idea) might make it appear dense and daunting on the surface, Woman is a compelling read. It begins, naturally, with the colonization of the Americas by Europeans, moves deftly through the establishment of the United States, and concludes in the present day.

Throughout the book, Faderman pays special attention to how women are viewed and portrayed, taking care to be fully representative and inclusive of BIPOC and queer women throughout the country’s history. As a woman who grew up being “one of the few white girls” in a primarily Latino area of East Los Angeles, she knows how it feels to be ignored. “It’s important to tell those diverse histories,” Faderman says. “I wanted very much to include not only white, middle class women, but women of all classes, all colors, and all ethnicities. That was a value to me. That was a huge value.”

Some of the book’s most interesting chapters include tales of unsung heroes such as Mary McLeod Bethune (a pioneer in historically Black colleges and universities), Zitkala-Ša (a Native American activist and composer), and Victoria Woodhull (a suffragist who also has the distinction of being the first woman to run for president... in 1872!). “I knew of Victoria Woodhull and I knew that she was a pretty out-there woman,” says Faderman, laughing. “She practically caused a riot in the 1870s when she said to her audience that women have a right to form love relationships with whomever they please, without marriage.”

And while her career is by no means finished, it’s hard not to see Woman as something of a magnum opus for Faderman; a masterpiece of feminist nonfiction literature, that will likely be cited and sourced as one of the definitive examinations of what it means to be a woman. And while the author makes the argument in the book that women’s rights have “see-sawed” over the centuries, she says she’s cautiously optimistic about the future of women in this country: “You know, when I was in junior high school, I could not have imagined a world like our contemporary world. The progress that women have made during my lifetime seems absolutely astounding to me, but what I see as a historian is that it may have seemed astounding at other points in history, like for the ‘new woman’ of the early 20th century. And then we went backwards.

“I think one thing that makes it unlikely that we’ll retreat to places where we were in the past is that gender is such a hot topic now. I suspect that in past years, there were many people who felt they were gender nonbinary, but you couldn’t talk about it, they had to repress it. And I think we’re more able to admit that now, and because we can admit that more, I think that problematizes, in such interesting ways, the old- fashioned notion of a woman.”

The scholar and author has written nearly a dozen books over the years. Here are five that we consider must-reads:

Surpassing the Love of Men: Romantic Friendship and Love Between Women from the Renaissance to the Present

Faderman’s debut book about the history of lesbian relationships was groundbreaking upon its release in the early ’80s, especially since homophobia was at an all-time high. It’s still considered a classic and has been reissued several times over the decades.

Odd Girls and Twilight Lovers: A History of Lesbian Life in Twentieth-Century America

A decade after her first examination of same-sex relationships between women, Faderman took a more thorough look at lesbianism in the US. The New York Times called the book “engaging and deeply moving,” and it went on to win the Stonewall Book Award, arguably the LGBTQ community’s highest literary honor.

Naked in the Promised Land

Faderman’s intimate and “ungentle memoir” (The Boston Globe) recounts her life as a Jewish girl growing up in East LA, her troubled relationship with her single mother, and her struggles to accept her sexuality. The book went on to win the Lambda Literary Award.

Along with coauthor Stuart Timmons, Faderman documents the history of the LGBTQ scene in Los Angeles and Hollywood. Best reveal? How the Black Cat Bar uprising of 1967 preceded Stonewall by almost two years, but didn’t receive the same amount of attention as the latter.

The Gay Revolution: The Story of the Struggle

Faderman’s most well-known book, for a reason. It’s a comprehensive, scrupulously researched history of the LGBTQ movement that won numerous awards, featured on several best-of-the-year lists, and is now required reading for many college classes.