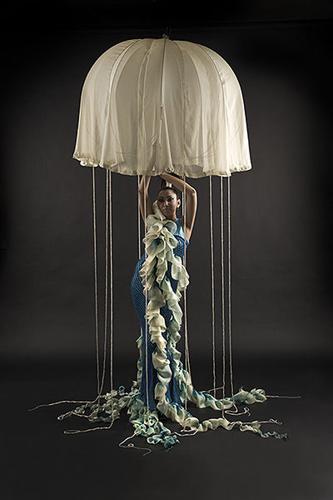 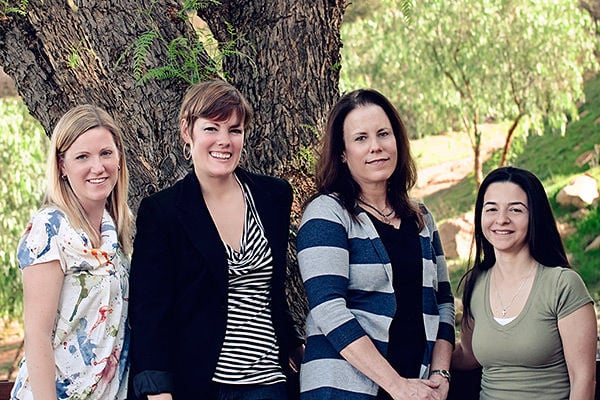 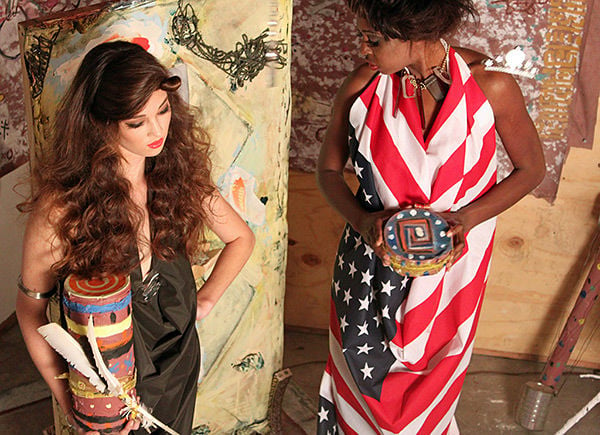 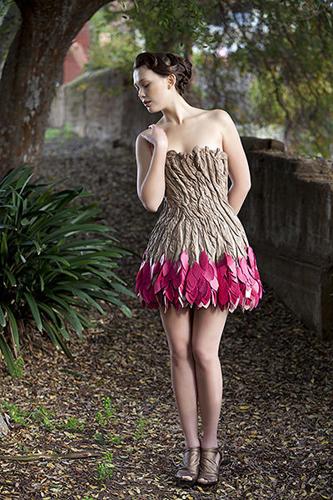 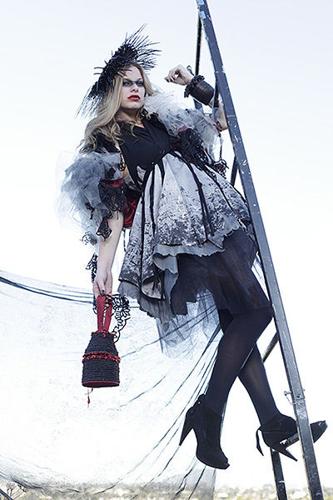 It’s no secret: San Diego has an unshakable rep as a county that doesn’t support artists and designers — causing them to leave the area.

"So many great artists have started here," says visual artist Cathy Breslaw. "Artists like John Baldessari and Robert Irwin had to leave and move to L.A. to make money. There are more galleries along Abbott Kenny Street in Venice Beach than in all of San Diego."

Enter entrepreneur Felena Hanson and professional artist Patricia Frischer, longtime investors in the arts — and both determined to foster the growth of the art and fashion community here in San Diego. This month, they launch the collaborative proj­ect Art Meets Fashion, to be presented at San Diego International Airport with a fashion show on April 28.

The project involves 11 four-person teams consisting of a fashion designer, visual artist, documentarian and educator. Together, each team created three clothing looks to be presented at the fashion show. With individual budgets raised through donations — teams were asked to come up with a theme to inspire their clothing designs. The documenter photographed or filmed the process. The strongest design from each team will remain on display at the airport for six months.

The Crossroads team raised $800 in donations and comprises Breslaw, designer Stacie May, photographer Melissa Au and educator Nora Kassajikian. They chose wine as their theme, saying that the beauty of wine is universal; it appeals to all the senses and is relatable to a wide spectrum of people. Starting with a visit to Fallbrook and Rancho Bernardo wineries, they explored the evolution of wine, beginning with the inception of the grape seed.

Au, a stay-at-home mom and part-time photographer, says this project gave her the opportunity to take pictures of more than just kids and their parents. "Participating in Art Meets Fashion is a chance to work on something totally different in a completely new way," she says. "I document the process, the materials and spaces the other artists work in. I try to be an observer, but I can’t help but compose while also documenting."

Frischer, who’s also a founding member and coordinator of the San Diego Visual Arts Network, believes that artists must work together in order to get noticed, and the community must pool its resources. "The only way we can survive here and get the word out about who we are is to work together," she says. "Something big like Art Meets Fashion has to happen."

"The idea of this kind of collaboration makes total sense," Breslaw says. "Art is a way into fashion. People don’t always support art, because they don’t understand it. Fashion, on the other hand, is fun and accessible."

Hanson and Frischer hope to expose the local community to some of the names in the San Diego art and design world — and help them gain a following.

"We want to be like Los Angeles, New York or San Francisco," says Mark Jesinoski, director of Mosaic Gallery, "but San Diego is unique. We’re in our adolescence in many ways. We haven’t yet found our identity, and that makes it an exciting time for artists and designers — but a difficult one as well."

"From napkin sketch to runway, this project will bring folks into the artist’s world and show our community all that we have to offer," says Constance White, art program manager of San Diego International Airport.

Long term, it’s the education component of the project that Hanson and Frischer hope will be an answer to the San Diego Unified School District’s budget cuts in the arts. After the curriculum is developed, they would like to make the lesson plans available to any teacher who wants to use them.

"Elementary-age kids still get quite a lot of exposure to the arts," Frischer says. "It’s San Diego teens who really lose out. They are the future art and design supporters, so it’s obviously very important to educate them."