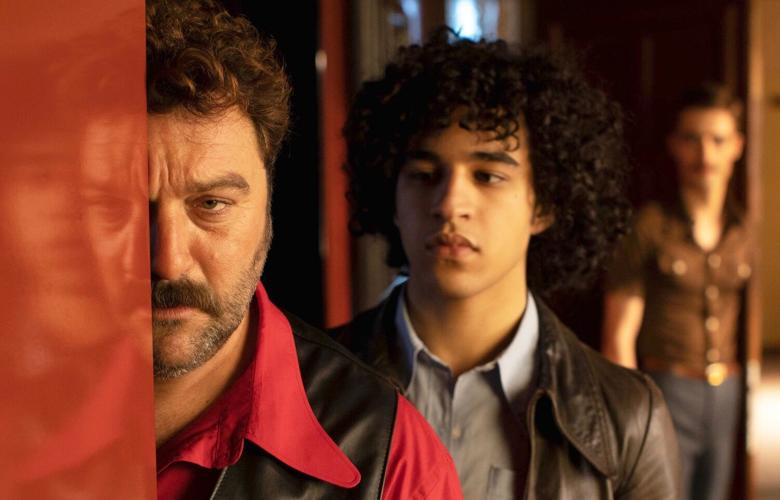 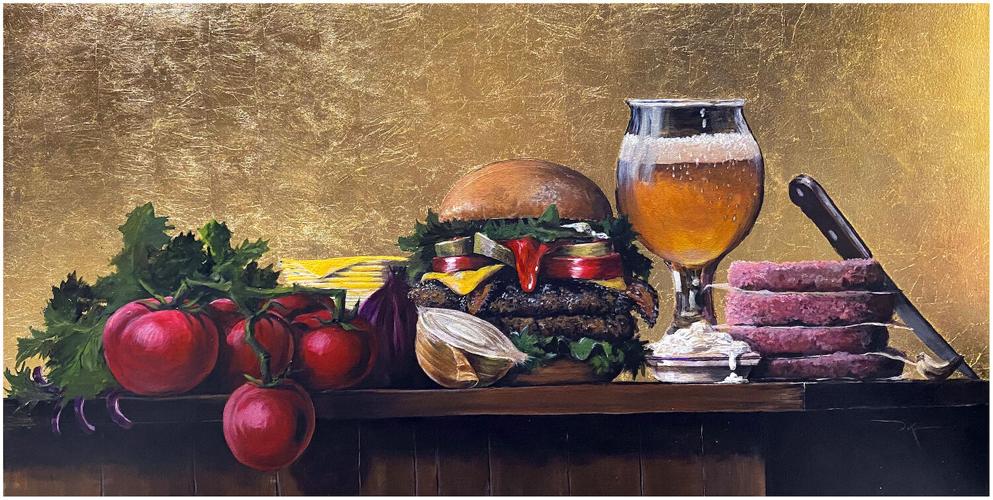 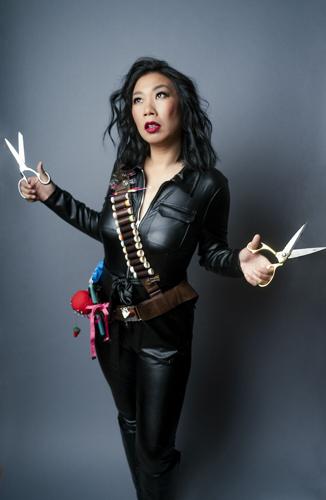 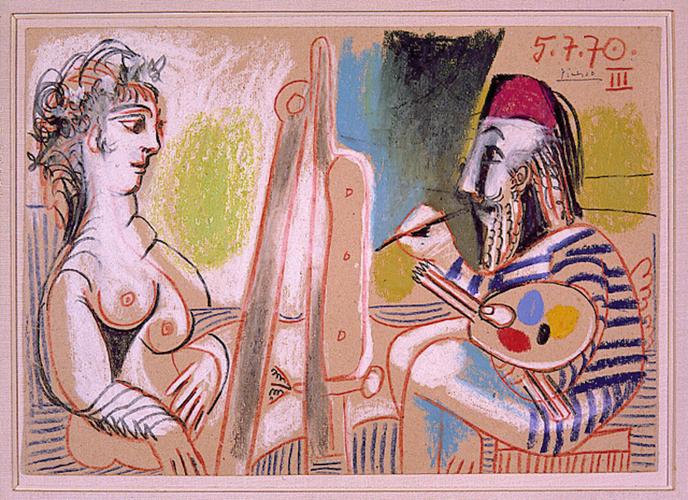 Picasso at the San Diego Museum of Art 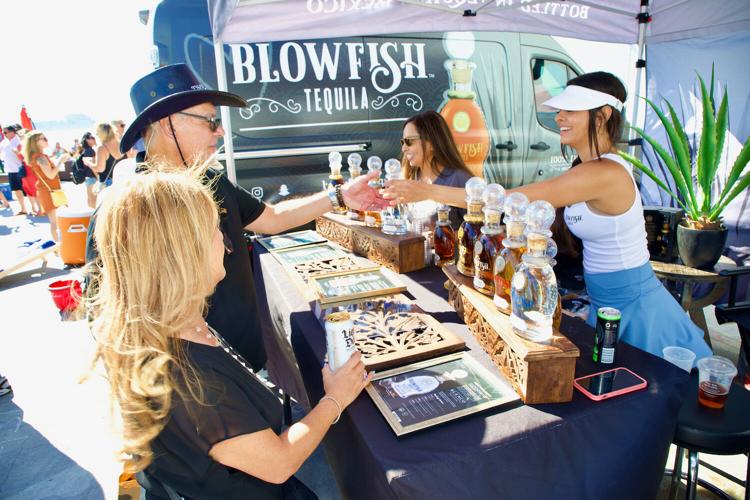 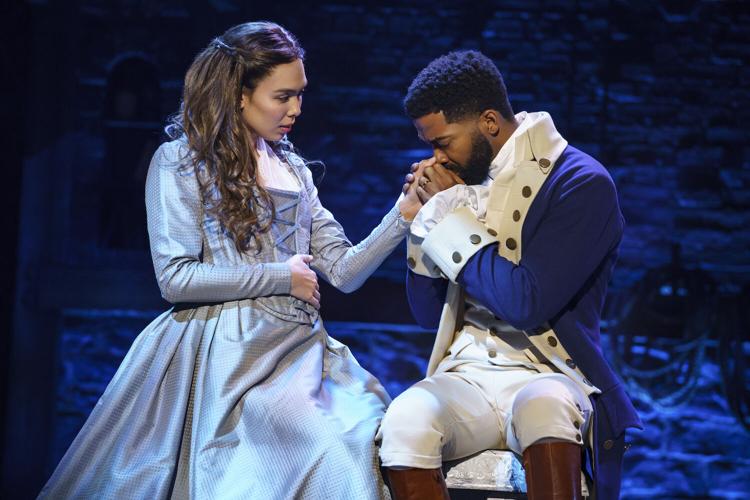 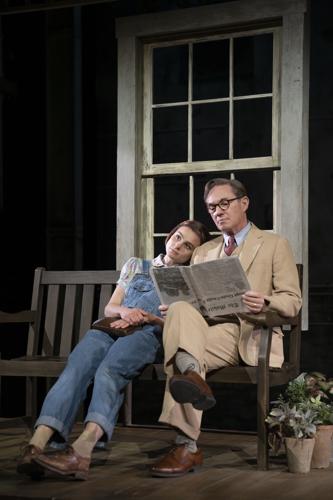 To Kill A Mockingbird

Sixty-four. That’s the number of Picassos permanently held at the San Diego Museum of Art. Not shabby. Best-known as a painter and sculptor, Picasso: Drawings and Prints highlights 17 of his paper works. There’s also a ceramic Picasso piece and an ink drawing by one of his frequent collaborators, Henri Matisse (through January 29). Some legendary, legendary things on walls.

Wynton Marsalis is the Rolling Stones of jazz, its biggest star. The Grammywinning trumpeter and music director brings his Jazz at Lincoln Center Orchestra to Rady Shell. It’s 15 of the jazz world’s best soloists and ensemble players all on that $98-million stage for modern takes on Duke Ellington, Count Basie, and other historical pieces.

Ski resorts in the offseason are surreal, massive vacuums of humanity. The world premier of Annabella in July reimagines that environment as an opportunity for magical self-expression and discovery. From playwright Richard Strand (Ben Butler), this comedy/fantasy delivers the feel-good you want out of theater (through October 2).

FilmOut San Diego’s LGBTQ Film Festival is the only LGBTQ+ film festival in San Diego, and it returns for its 22nd year at the Museum of Photographic Arts and The San Diego Natural History Museum. Expect international entries, documentaries, and short feature films.

The Institute of Contemporary Art (ICA) San Diego is ushering in a new season, Limitless Growth, Limited World, with 11 diverse exhibits and events across the 2022-2023 season. Attend the opening reception at the ICA North campus to meet artists Yaw Owusu and Carolina Caycedo and get an exclusive look at their new exhibits.

Same Same But Different, founded by a group of San Diegans, combines music, yoga, art, and sustainability for the most quintessentially Californian camping-slash-music festival, and it’s just two hours outside of town. Join the floatopia party along Lake Perris, then stake out a front-row spot for headliners like Chromeo and The Glitch Mob.

Art and community come together with 150+ juried artists, live music, wine, beer, cocktails and eats at the 36th annual San Diego Festival of the Arts at the Surf Sports Park in Del Mar. Proceeds from the silent auction, tickets and drink sales benefit adaptive sports programs for local adults and children with disabilities. Art! Food! Culture! Get some!

What We Talk About When We Talk About Anne Frank follows the reunion of two longtime friends who’ve followed starkly different paths in life, love, and family. From Pulitzer Prize finalist Nathan Englander, this world premiere presents the highs and lows of friendship through a comedic & heartfelt lens.

At the MCASD La Jolla, Alexis Smith: the American Way puts the artist’s famed mixed-media collages on display for a career retrospective. The works establish Smith’s influence as a Southern California artist commenting on American pop culture, ‘70s movements, identity, and self realization (through January 29).

The Museum of Photographic Arts presents this year’s juried youth exhibit, Myth and Magic. Exploring themes of generational storytelling, fantasies, and realms just beyond our reach, this showcase presents more than 70 works from students across grades K-12 in San Diego County and Tijuana (through February 19).

In Kristina Wong, Sweatshop Overlord, Kristina Wong sets out to make sewing masks in the early days of the pandemic and winds up overseeing hundreds of volunteers (kids and parents, included) in a WFH sweatshop. Tackled with tenderness and levity, this Pulitzer Prize finalist invites the audience to reflect on where we’ve been, what we’ve endured, and how we continued on (through October 16).

Each year, the city arranges five days to celebrate its buzzing design world and those who shape it. From landscape and interiors to fashion and graphic design, San Diego Design Week invites attendees into the making process with live demos, workshops, gallery tours, and more. Inspiration anyone?

This year’s San Diego Spirits Festival is stirring things up with a new location at the MCASD La Jolla, offering patrons a chance to cheers to the best of mixology at the museum. Sip libations with Lichtenstein, like a julep with Jasper Johns, or enjoy a Rob Roy with Rothko. Tour the museum’s expansive renovation while tasting your way through over 60 cocktail brands.

Beethoven, Brahms, Shubert, Chopin. Le Salon de Musiques may be new to San Diego, but the music series brings more than a decade of experience running their intimate concerts for classical music-lovers in Los Angeles. Grab a seat for the opening night of their new season hosted by musicologist Nuvi Mehta. Each performance is introduced by Mehta and ends with a conversation between the musicians and the audience.

Catch award-winning author and activist Chitra Banerjee Divakaruni at Warwick’s for a discussion on her latest book, The Last Queen. Divakaruni has been published in The Atlantic, The New Yorker, and The Best American Short Stories collection.

In the pieces that make up Reverence, local artist Duke Windsor’s latest exhibition at Sparks Gallery, the ordinary is amplified to new heights: An overstuffed recycling bin is made eye-catching, a burger is given icon treatment, and gold turns the everyday into something special. (through December 30).

It’s been five years since Canadian indie-pop band Alvvays released their last album. Catch them at The Observatory in North Park to hear synthy, ethereal tracks from their latest release, Blue Rev.

The Elton John will be at Petco Park to play hits from his decades-spanning career during his Farewell Yellow Brick Road Final Tour. Feathers, fringe, and glitter are required for entry.

Don’t “throw away your shot” to see the Pulitzer Prize-winning musical Hamilton, which is back for another spin at the Civic Theatre. Lin Manuel Miranda’s showstopper retells the story of Alexander Hamilton through hip-hop, rap, and pop-inspired music.

Harper Lee’s iconic novel takes the stage at the Civic Theatre in Aaron Sorkin’s adaptation of To Kill A Mockingbird, directed by Tony Award-winner Bartlett Sher. The play captures all of the thrill, humor, and heart of the original classic, bringing the Finch family to life once again (through December 4).

Make the holidays weird with cult cinema god John Waters at Belly Up Tavern. A John Waters Christmas is a one-man holiday show that gives classic Christmas music the iconic and eccentric Waters touch, beginning with his 2004 anthology by the same name.

For the first time in 20 years, The Mystery of Irma Vep returns to the Diversionary Theatre in University Heights. This high camp show mixes the best of Victorian-era romance, Gothic fiction, and B-movie kitsch for a uniquely entertaining mystery set in the moors of the English countryside.