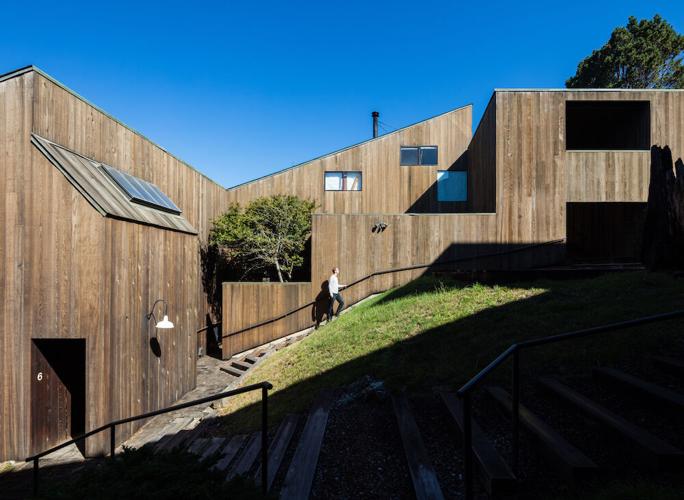 “I took a ‘selfie’ looking out at the ocean, from the first housing built there, called Condo One. Note the steeply raked rooflines to deflect the wind. My camera here is in the courtyard of the building, which was also designed to provide outdoor space sheltered from the wind and weather.” 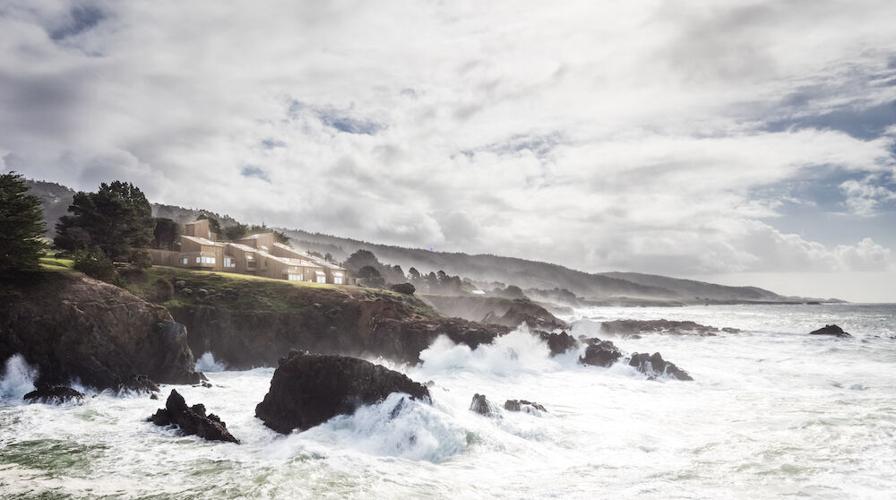 “Weather can be unpredictable at Sea Ranch. The development occupies 5,000 acres of rocky coastline. The architecture was meant to blend in with the surroundings, while also deflecting the wind and protecting its inhabitants from the often- unpredictable weather. Sea Ranch is about 100 miles north of San Francisco but feels a world away.” 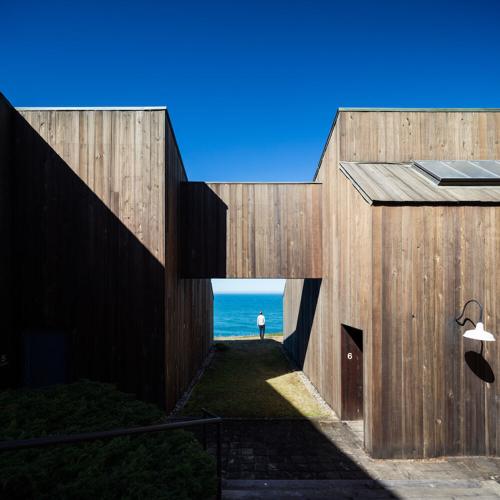 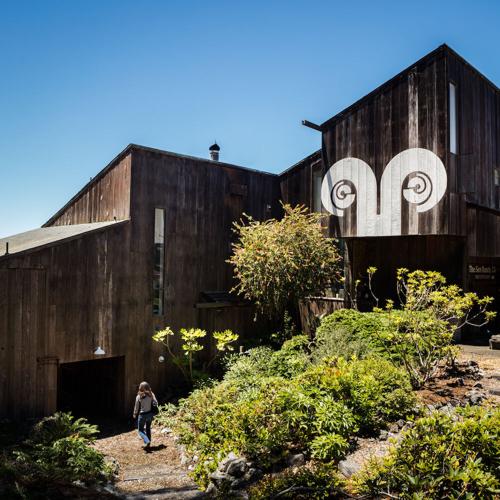 “My wife walking down the path towards the cliffs, under the lodge. The ram’s horns are the logo of Sea Ranch, and evoke a time when the area was a sheep ranch. They were designed by local artist Barbara Stauffacher.” 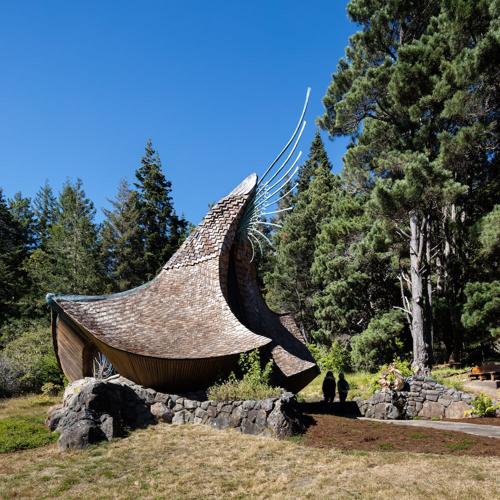 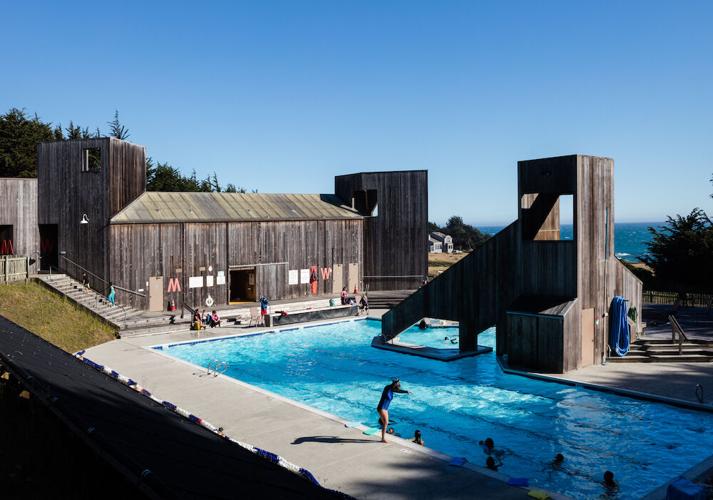 “This is the Ohlson Recreation Center. The structure on the right is meant to also serve as a screen to deflect the often-high winds coming in off the cliffs.” 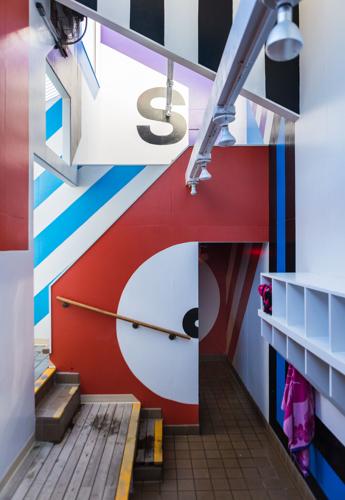 “Sea Ranch has always been a haven for creative types. Graphic designer and artist Barbara Stauffacher created the ‘Supergraphics’ that are used throughout the development, including in this changing room at one of the site’s several public swimming pools. This pool is known as the Moonraker Pool... yes, like James Bond!” 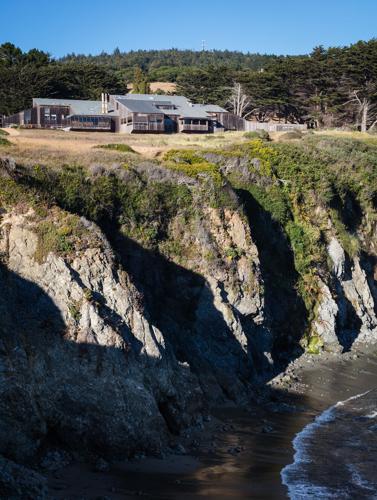 “A view of the Sea Ranch Lodge perched on the steep cliffs overlooking the ocean.” 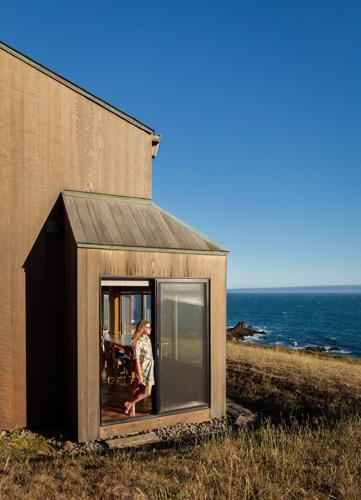 “My daughter enjoying the view at our condo. Okay, I may have asked her to pose there! This complex includes several condos and was the first structure to be built at Sea Ranch. Designed by architects Richard Whitaker, Donlyn Lyndon, Charles Moore, and William Turnbull in the early 1960s.” 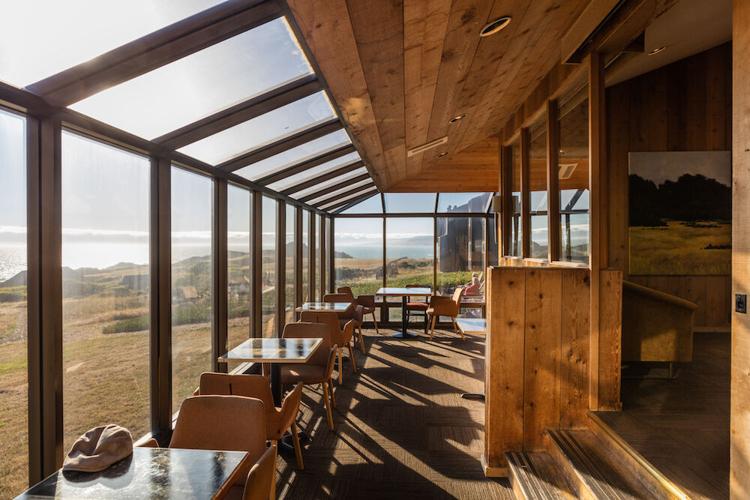 “View of the lounge area of the Sea Ranch Lodge. I enjoyed sitting here with a cup of coffee with a book while watching the weather and the waves.” 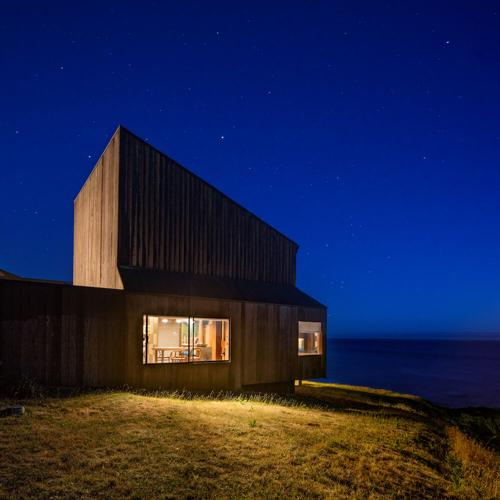 "The steep, slanted rooflines are meant to deflect the wind. There are no windows high up on the structures because of the difficulty of keeping them clean.” 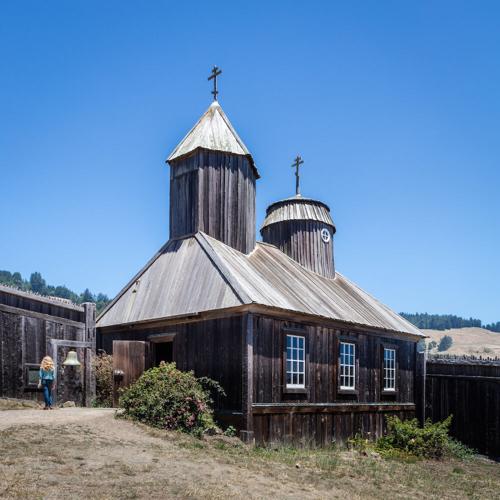 “On our way up to Sea Ranch, we stopped at the former Russian colony at Fort Ross. In the early 1800s, this fort housed soldiers and fur traders. This Russian Orthodox chapel at the fort also served as inspiration for the architects who designed Sea Ranch.” 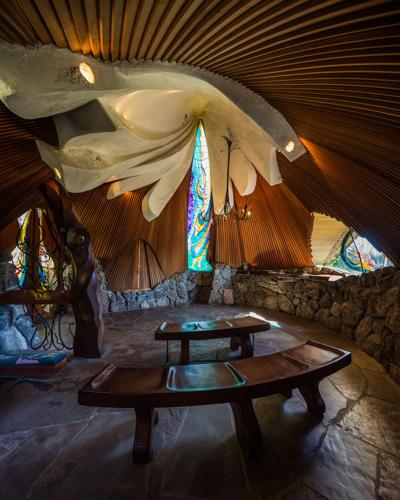 “Here’s the interior of the chapel designed by San Diego artist and architect James Hubbell.” 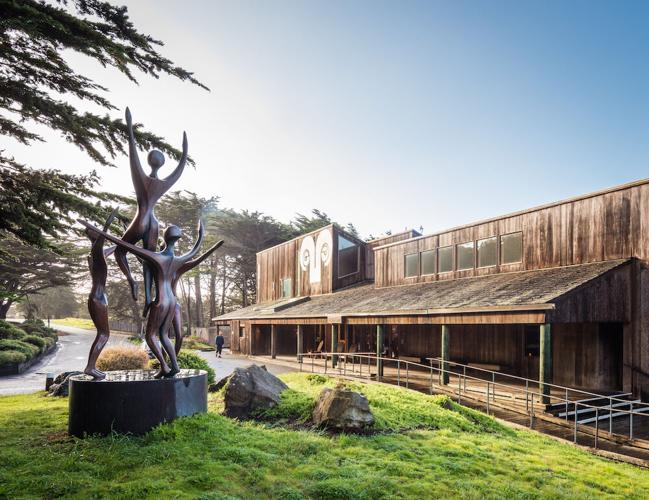 “The Sea Ranch Lodge also serves 9. as the area’s only restaurant and community post office. It was designed by Joseph Esherick in 1964 and modeled after an old-fashioned country store. The sculpture is by artist Robert Holmes.”

Darren Bradley’s camera can turn concrete and cedar shingles into symbols of romance. If a structure has charisma, he lures it out. With light. Through angles.

“Architects are always telling stories and making statements through their work,” he says. “I generally try to zero in on that story or statement, and find the best possible way to photograph the building to ensure that the message is conveyed properly.”

Architectural photography has developed into its own art form, and it might be as important as the built work itself. A good image can give the viewer a feeling of the atmosphere and design intention without actually being in the place. Bradley does this.

His Instagram profile, @modarchitecture, which has 117,000 followers, is packed with eye-catching buildings from around the world and those closer to home, including the Salk Institute for Biological Studies and the Geisel Library at UC San Diego. Born in Hawai‘i, raised in San Diego, and having studied history at the Sorbonne in Paris, he mostly focuses on modernist architecture from the 1950s through today. On his profile, he shares history, humorous field notes, and insight on his editing methodology.

For the Sea Ranch, he captured the discreet beauty of this secluded, forward-thinking residential enclave set on 53 rugged acres of Northern California coastline about halfway between Bodega Bay and Mendocino. At the time it was built in the 1960s, the vernacular architecture and ecological sensitivity were radical.

Last year, The Sea Ranch Lodge reopened after a detailed remodel; it includes a refreshed restaurant, The Bar + Lounge, a new café, and a general store, as well as a roster of cultural events.

Usually, Bradley’s photo assignments are commissions from architects and publishers the likes of Phaidon, for whom he has photographed two midcentury- modern travel books. But Sea Ranch was a family affair, framing his wife, Elise, and daughter, Ava, amid the organic architecture. “I am often alone when I travel to photograph architecture,” says Bradley. “Being able to share that experience with my family was a rare treat and a memorable one. Sea Ranch is an iconic modernist architectural vision that has remained unspoiled by time.”