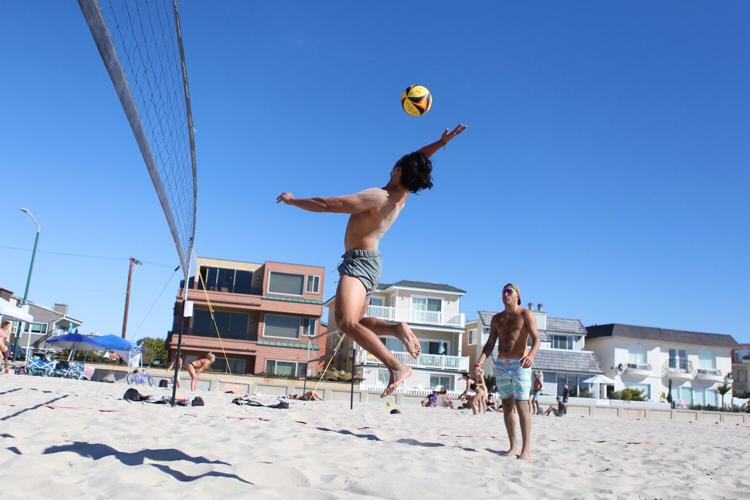 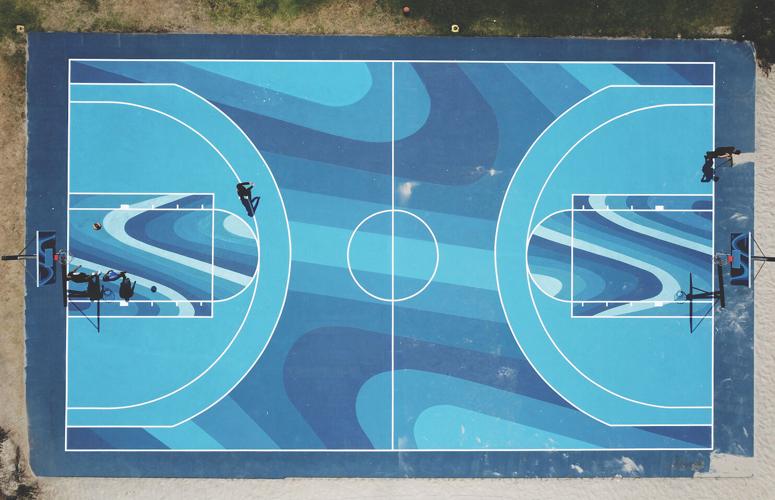 The bike shop sits on a popular commute route and is staffed by affable mechanics who have worked the Tour de France. Hardcore bicycle people don’t have the friendliest rep, but MJ’s is different. They’ve got the skill set to equip racers, but they don’t treat commuters or parents buying bikes like tourists in their world.

Way to Become the Pickleball

One minute you’re casually playing a game of pickleball, the next thing you know, you’ve helped design Gearbox’s newest paddle. The brand is based in San Diego and PBTC is their local court, where they play with locals to gain insights on how to improve their rackets. This sounds like free lessons to us.

When a relative was giving away their boat, local architect Vilchis saw an opportunity to design a 10/10 Instagrammable experience. Now you can class up your day date by recreating The Notebook—a pristinely refurbished tiny boat with padded seats, plant garlands, snacks and drinks, and even parasols. Ryan Gosling not included.

Beach Volleyball Where Everyone Knows Your Name

Each weekend on the courts of South Mission Beach, the sand is taken over by 2v2 players—many of which are ESL speakers from various countries. They’ve made this plot of sand their sacred community, where the universal language is bump, set, and spike.

On any given Wednesday on Hamilton Ave., 100 to 200 runners gather to run the streets of North Park. It’s put on by Milestone Running, a shop created by locals Greg Lemon and Chad Crawford. Go a few times and you’re pretty much guaranteed at least ten new friends—might even get “Smirnoff Iced” during the post-run raffle. You win some, you lose some.

Even avid runners can lose motivation. This year, Waterfront introduced a new tradition: beer stops. The three- mile loop starts at Eppig Brewing in Point Loma, then heads to Fathom Bistro for a beer before completing the next 1.5 miles. Finish up with a post-run brew at Eppig, obviously.

Sailing Lessons by Jack Sparrow Himself

San Diego’s maritime history runs deep. America’s Cups have a permanent home here. Harbor Sailboats—seven-time winner of the “ASA School of the Year”—offers sailing courses taught by longtime sea dogs. You know, the type of no- nonsense skippers who know how the wind will change by the way the breeze hits their beard hair.

If you want sky-high firs, oak forests that shade your path, and mountain peaks that overlook actual foliage (read: no palm tree in sight), head to Palomar Mountain State Park. And, since the inaugural California State Parks Week took place this year, there’s no better time to dust off your hiking boots on one of the six hiking trails (five for running).

A mellow 5.7 climb on paper, The Tower at Mission Gorge will have you clipping the first few bolts like you’ve been dirtbagging in Yosemite all your life. You’ll have to dig deep into your courage reserves to tackle the crux, but you’ll be walking down that mountain with your head held high when the sun starts to set.

Hoops here have always had a magical effect—a full regulation court, smack dab on the beach. The ball smells like sunscreen. No fence; out of bounds is in the sand. And it just got an artful resurfacing in honor of local basketball legend, Bill Walton—who’s been a member of the South Mission Beach Sports Park & Rec for 25 years.

Yep, in City Heights. Specializing in boards from local shapers, owner Mark Polintan (who grew up on a pineapple farm in the Philippines) has created an infectious gathering place for surfers to support their peers. Like chasing tubes in exotic locations, you never know what or who you’ll find here, but you’re guaranteed to leave stoked.

Best Way to Justify Surfing All Day to Your Family

Surfers are selfish. No matter how many waves we catch, we always want more. And while there’s no shot we’ll ever change, we can at least direct that impulse toward a good cause. At the annual 100 Wave Challenge, participants commit to riding 100 waves in one day to raise funds for the local nonprofit Boys to Men Mentoring.

Nicolle Monico is the Digital Editor for San Diego Magazine with more than 15 years of experience in digital media.