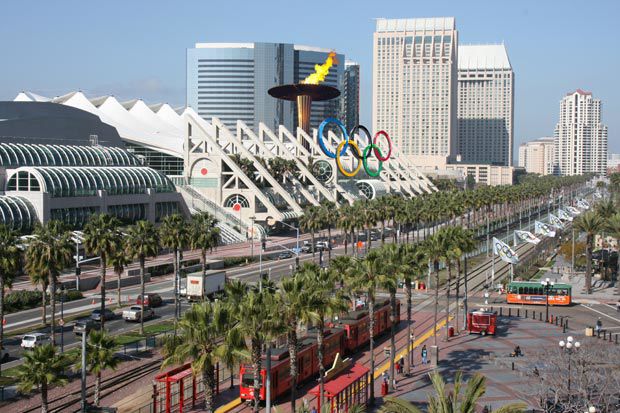 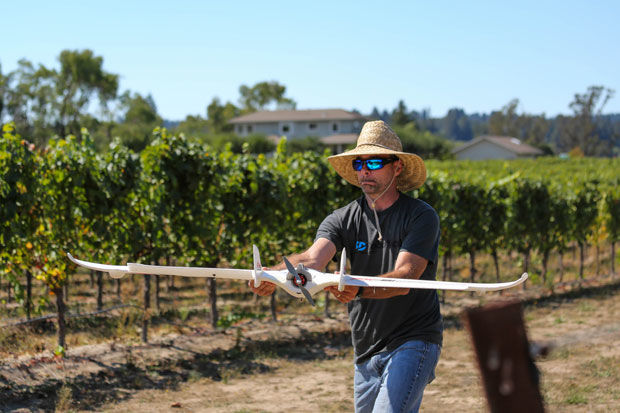 Farmer with a drone 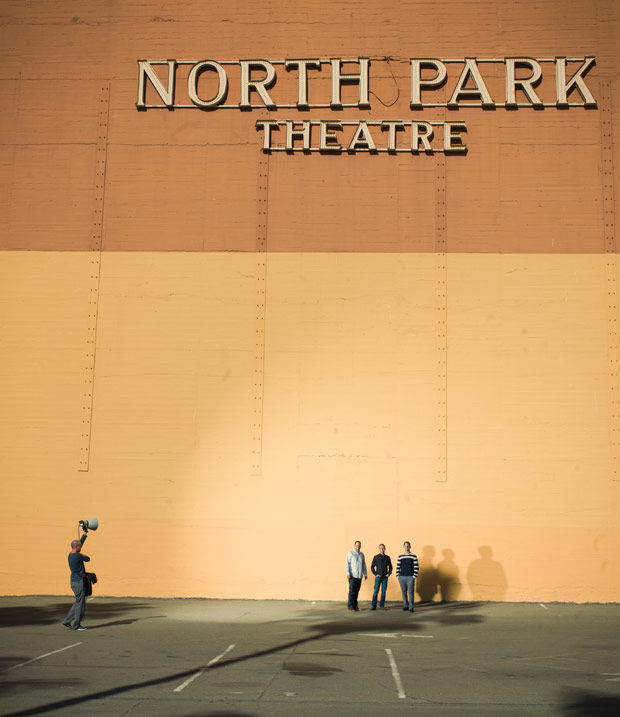 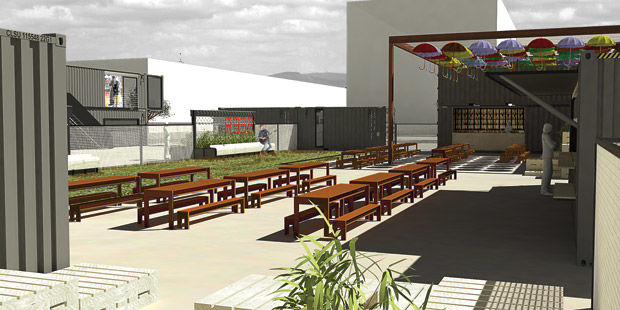 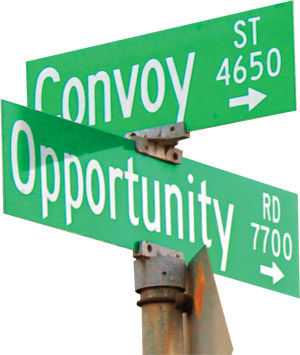 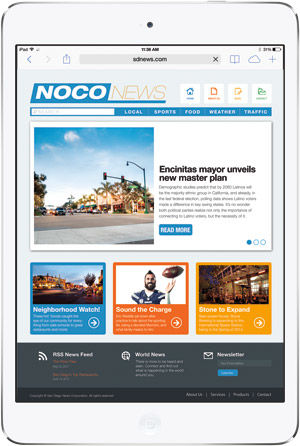 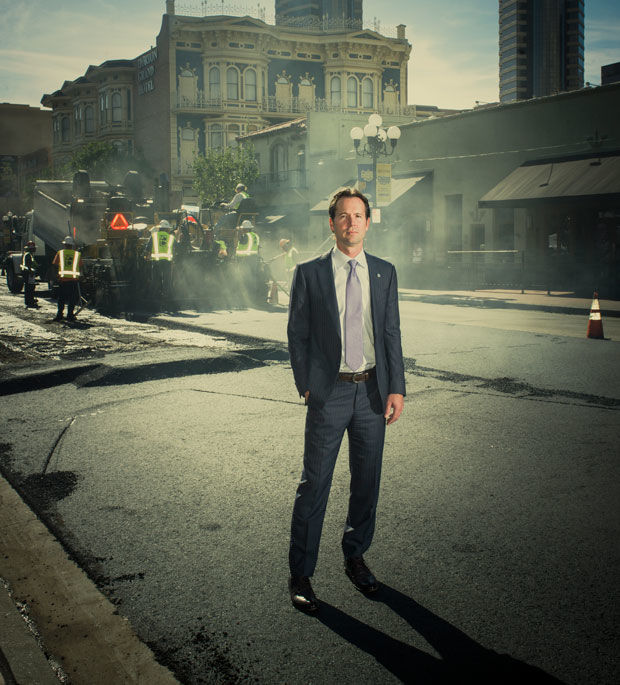 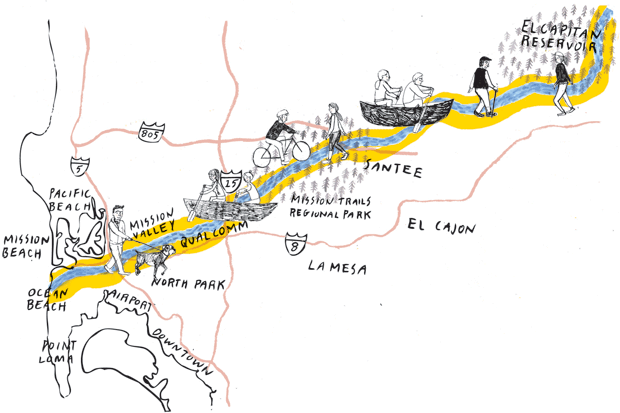 Let’s start 2014 off with some vision, shall we? We went poking around Kickstarter, Twitter, local blogs, and into the brains of our most entrenched neighborhood spies to find out what’s brewing for San Diego in the coming year. From our natural wonders to our most promising new technologies, we found brilliance, simplicity and, of course, good food.

We refuse to allow Bob Filner’s toxic reign to ruin everything. Especially perfectly good ideas like bringing the Olympics to San Diego. There are still some smart people in this town willing to work on the effort, and now that Tijuana’s out of the picture as a partner (dang, that would have been cool!), the idea is even more doable. And doable big ideas are the best big ideas. There are fewer than a dozen U.S. cities competing for the bid, and we really only need to come up with a plan to build a handful of new venues. Okay, so that may seem daunting, considering the anguish over a single football stadium in this town. But the Olympics are not the NFL. They’re beach volleyball and tennis, basketball and sailing, gymnastics and archery, BMX riding and… something for pretty much everyone. So let’s make like the Olympic rings and link arms, San Diego, to bring some international attention of the athletic variety to our sunny shores.

2. Let’s get every farmer a drone!

Self-taught robotics engineer Jordi Muñoz from Ensenada links up with former WIRED Magazine tech whisperer Chris Anderson to launch a fast-moving, San Diego-based company that manufactures and sells drones for around $500 to regular Joes? Yeah, 3D Robotics is not a hard startup story to love. Especially considering its just raised $30 million in venture capital thanks largely to its foray into the biggest business in the U.S.: agriculture. Before civilian drones, farmers had to inspect land manually, which was costly and labor-intensive. Using drones, farmers can quickly and easily gather visual data to assess the health of their crops. They can use near-infrared mapping to get more detailed information and target treatment to the crops that specifically require it, rather than apply a one-size-fits-all all approach. "This is precision agriculture," says Anderson. And it’s driven by San Diego-based engineering. "We have been consistently impressed with the availability of top local talent," says Anderson about San Diego. "We also love the proximity to Mexico. This has enabled us to provide high-quality, low-cost manufacturing." Considering the fact that San Diego is home to more small, organic farms than anywhere else in the state (6,500), this is one big, homegrown idea that’s poised to take flight.

Old shipping containers repurposed into mini-movie theaters, concert venues, farmers market stalls, parklets, bars, food trucks, and more—all united by frequent festivals and community events? Why not? The group of students at the NewSchool for Architecture + Design that created this vision for a dynamic, temporary urban park in downtown San Diego says it’s completely doable in the next few years—and then completely undoable, too. Or at least moveable to a new location in need of revitali-zation, once the vacant area downtown is developed. The students put their ideas on the crowdfunding site Kick-starter, and were able to raise more than $60,000 in just 30 days. Now it’s on to conditional use permits, compliance, and some quality time with city planning. But co-founder David Loewenstein is energized. "San Diego is primed right now for a public intervention. We’ve seen a trend lately where architects, designers, urbanists, and community activists are pushing the city to adapt new policies that allow for experimentation."

5. Let’s teach our kids to manage their money.

It wasn’t so long ago that we were teaching girls how to sew, cook eggs, and iron sheets in public schools. Today, we see a need for a different kind of home economics: personal finance. Why not require every single high school student to be proficient in the basics of personal finance before graduation? Interest rates; credit cards; mortgages; cost of living calculations; and the fundamentals of saving, and simple investing products like 401K and 529 plans. The cost of college, kids, housing, and retirement? Teach them, then test them on it. Basic philanthropy and tax deductions. In a city that has struggled with underfunded investments and deferred maintenance, we are the perfect place to teach the next generation what not to do. We owe it to them, considering the financial mess waiting for them. By doing it in a fundamental way at the public school level, we can start to even the playing field. And hey, the more people that understand how convoluted the tax code is and how expensive college is, the more brains that will start percolating on solutions.

"Honey, let’s take the kids up to Convoy Street for dessert and a stroll after dinner," is probably not something you hear very often in San Diego households. But we’re betting that will change in the next few years. Tim Nguyen and his colleagues are in the early stages of establishing a Business Improvement District, where businesses will collectively fund infrastructure improvements and promote the area as a food, cultural, and startup hub in San Diego (Little Italy, North Park, and Hillcrest already have similar BIDs in place). Of course, the food angle is the most obvious, with the city’s best Vietnamese, Chinese, Thai, and other Asian restaurants literally stacked on top of one another. More than 15,000 people attended the district’s first foodie "Night Market" last year (they expected 2,000). But Nguyen says there’s also plans for a kitchen incubator in the area, focused on helping culinary entrepreneurs find test kitchens, investors, and retail space, and they plan to increase walkability on roads and sidewalks, improve safety after dark, and add more parks and green spaces. A banner campaign for the neighborhood will start next year, but that’s just the beginning. Visit convoydistrict.com to learn more and watch for monthly Night Markets to start this spring.

7. Let’s promote our brains
(not just our beauty and beer).

Brains can be sexy! Think of Boston, which has a reputation for being super smart but also a bastion for sports fans and beer drinkers. We need to step up promotion for our city’s brains, along with our beauty and good beer, of course. Did you know the world’s most famous amnesia patient’s brain was sectioned at UC San Diego’s Brain Observatory, and is now searchable on a slick digital map? San Diego also hosts the Brain Health Fair, where the best neurologists in the world teach free classes on the latest advances in brain health. Qualcomm has an internal "Brain Corp" focused on getting computers to mimic the human brain. And we’re the only city with TWO reps on President Obama’s BRAIN (Brain Research through Advancing  Innovative Neurotechnologies) Initiative. San Diego could definitely rival Boston on braininess.

U-T San Diego created a major void when it gobbled up the North County Times and Main Street Media (which includes seven NoCo neighborhood papers). We’re sad for the residents of Rancho Bernardo, Carmel Valley, and Poway, and their neighbors. But we also smell opportunity. Since the U-T’s penchant for shrinking coverage of these North County towns is starting to show (and Patch.com is wearing thin), there’s an untapped market for local news. Roughly a million people live in North County. We say start online and go the nonprofit route. Kickstarter? Community donations? Pay-per-story? Nonprofit news organizations like Voice of San Diego and have amassed award-winning news coverage, investigations, and even local community events all without traditional advertising or big publishers. But it focuses mostly on the city of San Diego. iNewsource is another nonprofit newsource recently launched within KPBS. "Many issues we hear about that need investigating originate in North County," says iNewsource founder Lorie Hearn. Next-gen journalists and nonprofit execs—Get thee to Vista!

10. Let’s canoe down the San Diego River from the Cuyamacas to Mission Bay.

Imagine one long path meandering down the banks of the San Diego River from the mountains down to the ocean. According to the San Diego River Park Foundation, the $200 million project is on the verge of becoming a reality. From the top of the Cuyamacas northwest of Julian, the river courses down through 52 miles of public and privately held land parcels before it empties into the sea near Mission Bay. The Foundation has been quietly buying up disjointed sections of that land, with a long-range goal of placing the waterway under a single jurisdiction. In the next five years, the Foundation expects to expand the 1,000 acres of river land they now own into a recreational area that would include parks, pathways, and interactive nature guides. And who knows? Maybe we’ll be able to drift a few miles in a lazy canoe or catch a water taxi from one inlet to the next. It’s not without challenges (for one thing, nearly 20 percent of San Diego’s homeless currently camp out along the banks of the river). Plus, there’s an image problem. "The San Diego River either was seen as a bad thing whenever it flooded Mission Valley, or people didn’t even know it existed," says Rob Hutsel, director of the SDRPF.  "[But] all the pieces are now in place. It’s a question of community leadership. And money."