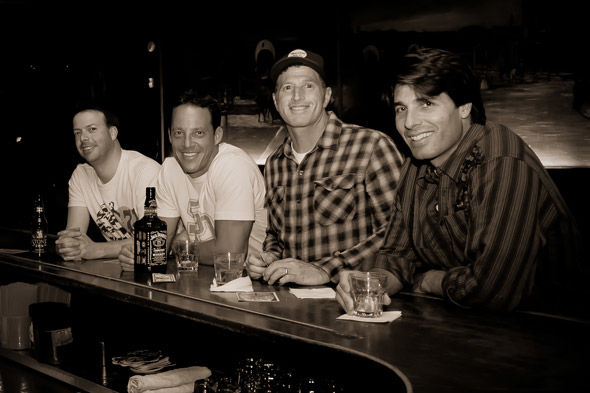 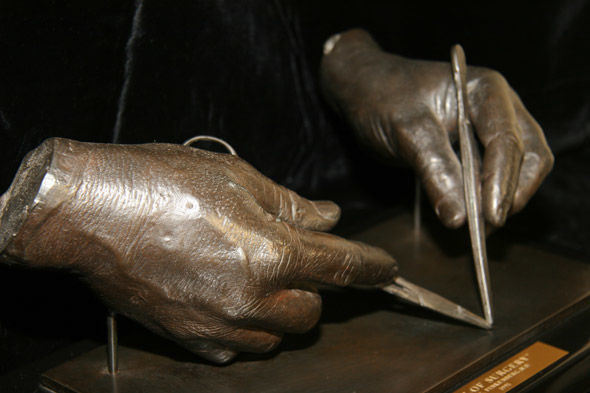 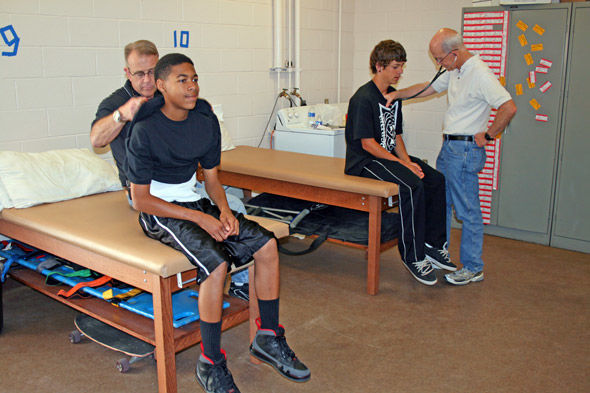 What happens when three ER doctors and a guy with an MBA form a band? They name the group after a special type of ankle splint.

"The only people that get it are the orthopedic surgeons and the ER doctors," says Dr. Sean Deitch, front-man and back-up guitarist for North County rock band, Bulky Jones. "We’re hoping for more of a reaction, but we just get a snicker."

After coming together in Deitch’s garage in 2008, Bulky Jones has played all over San Diego, covering songs from Social Distortion to Sublime at hospital events, private receptions, and venues like On Broadway.

"I think it’s good for all of us, especially for those of us in medicine, to completely get away and do something that is totally a one-eighty," shares Deitch, who hopes they find time to record original songs next. "It’s a de-stresser." bulkyjones.com

It’s an avocation inspired by his days at UCLA, when he would sneak over to the art side of campus for a science break and have lunch with his future wife. "At UCLA, they have a bunch of sculpture gardens that are gorgeous," he says. "So we’d eat and then wander and look at them."

Finkenberg has completed 10 bronze sculptures since teaching himself to sculpt 15 years ago. Two of the pieces, which are modeled on his hands during surgery, are displayed at his alma maters, UCLA and Johns Hopkins.

"In science and more in medicine, you try to do everything exactly by the book. An artist is not that way at all," he shares. "It’s an interpretation."

When SDSU student Lauren Cooke injured her knee during a pick-up basketball game at the college recreation center, she couldn’t afford to get it repaired. So Niki Blanchflower, a certified athletic trainer at SDSU, suggested Cooke apply for help from the San Diego Sports Medicine Foundation.

Established in 2002 by Dr. David Chao, along with Dr. Charles Camarata, SDSMF fills an existing health care gap for the youth of San Diego. Doctors throughout the county participate. "We feel kids should not be penalized if they don’t have insurance," explains Chao.

Once Cooke’s case was reviewed and selected, Chao contacted Dr. Peter B. Wile, a team orthopedic surgeon for SDSU, to see if he would take on the case pro bono. He did. "I felt compelled to give something back to the community in general and to the SDSU student body in particular," says Wile.

Although nervous about her first-ever surgery, Cooke feels blessed to have been selected. "I feel like I won the lottery." sdsmf.com