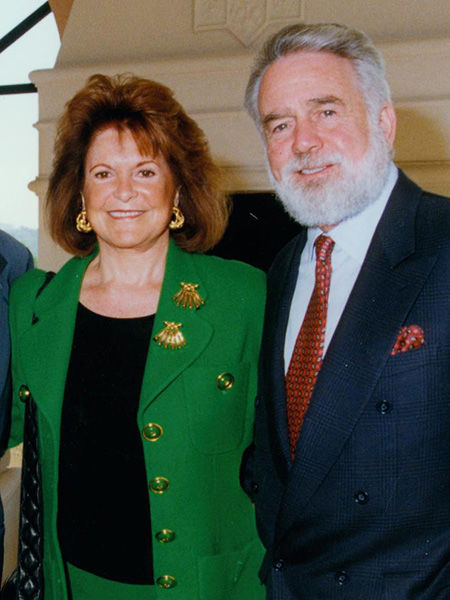 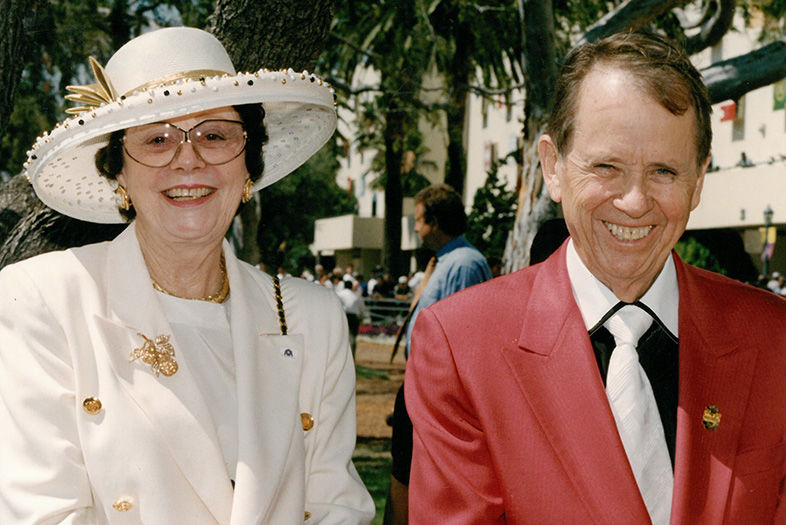 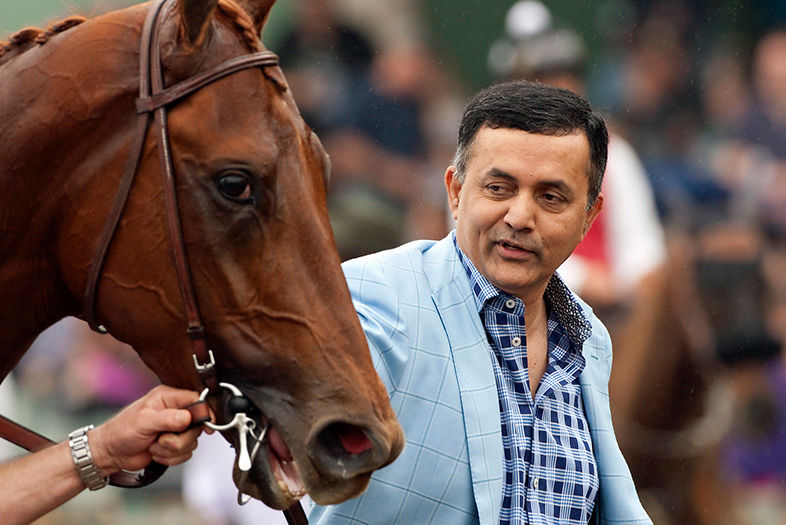 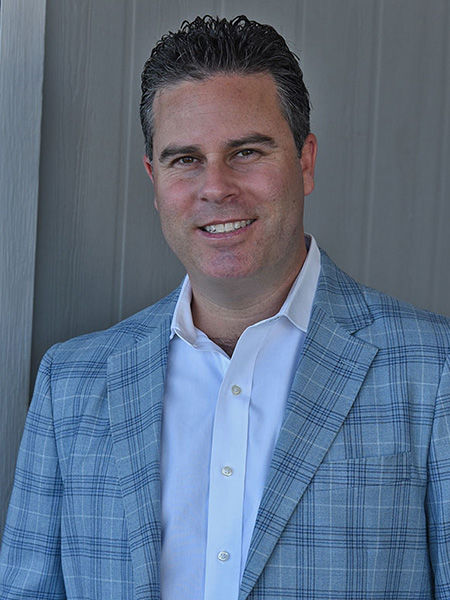 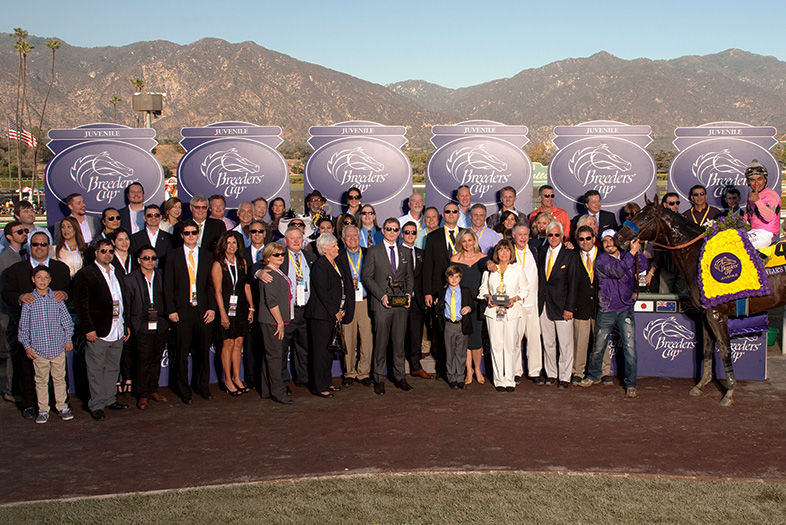 "You know, in the summer, we’ll go to a real horse heaven. We’ll get out to Del Mar." —Jane Smiley, Horse Heaven

Over the years, Del Mar has become a magnet for all things equestrian, from racing and riding to jumping and dressage. The Del Mar Racetrack has been attracting the top talent ever since Bing Crosby was there to open the gates in 1937. The Del Mar area has also been home to a bevy of horse owners, including some who have taken home prestigious Breeders’ Cup titles.

"A day at the races is thousands of stories," Smiley writes in the novel Horse Heaven. Here are some stories of the prominent racehorse owners who helped Del Mar ride into history.

Bio: Aroney’s first memory of a horse race was at age 10, when his father took him to Santa Anita. In high school, he fostered his love for the sport by playing hooky in the afternoons and going to the racetrack. He invested in his first racehorse in 1970. His horse Evita Argentina won the A Gleam Handicap (Grade 2) at Hollywood Park in July 2009—the first 3-year-old to win the race since Honeymoon in 1946. She also won the 2008 Sorrento Stakes at Del Mar.

Bio: The cofounder of Jenny Craig Weight Loss Centers saw her homebred colt Chocolate Candy take fifth at the 2009 Kentucky Derby. Until his death in 2008, she had a 30-year partnership with Sidney Craig, her husband. Jenny and Sid’s first horse in the Kentucky Derby was Dr Devious, in 1992. He finished seventh. Jenny purchased the horse for $2.5 million as a 60th birthday present for Sid. The Craigs bought a 229-acre Thoroughbred training center in Rancho Sante Fe in 1995; Jenny sold it to Bill Gates in 2014 for $18 million.

Bio: Klein was named North America’s leading Thoroughbred owner by the Associated Press in 1989. Three times—1985, 1986, and 1987—he received the Eclipse Award for Outstanding Owner. He owned the filly Winning Colors, the 1988 Kentucky Derby winner, and owned the Del Rayo Racing Stables in Rancho Santa Fe. He entered the Thoroughbred business in 1982, and sold all 114 of his horses in 1989 for $29.6 million. Klein also owned the NFL’s San Diego Chargers for 18 years. He died on March 12, 1990.

Bio: Paulson was a resident of Del Mar. His horse Theatrical won the Turf race at the 1987 Breeders’ Cup. The weekend of the race was dramatic: According to the New York Times, "Paulson bought out Bert Firestone’s 25 percent interest in the 5-year-old son of Nureyev only 24 hours before post time after the two owners had a dispute over whose colors Theatrical would carry." His horse Cigar won 16 consecutive races from 1994 to 1996 and was twice named Horse of the Year. Paulson died at age 78 on July 19, 2000.

Bio: Pegram grew up in southern Indiana and developed his interest in horse racing by attending Ellis Park in Kentucky. He went to his first Kentucky Derby in 1979 at age 26.

Pegram purchased Real Quiet, the 1998 Kentucky Derby and Preakness winner, for $17,000 as a yearling. Victory Gallop beat Real Quiet by a nose at the 1998 Belmont to prevent a Triple Crown victory. Real Quiet died in 2010.

Pegram’s Silverbulletday, who won Eclipse Awards in 1998 (2-Year-Old Filly) and 1999 (3-Year-Old Filly), was enshrined in the National Museum of Racing and Hall of Fame. He also owned Captain Steve, who won the $6-million Dubai World Cup in 2001.

Pegram’s Lookin at Lucky won the 2010 Preakness Stakes by three-quarters of a length. The colt took second at the 2009 Breeders’ Cup Juvenile.

Bio: Shah started racing horses in 1996 in Maryland. His father, Majeed, won the Indian Triple Crown twice as a trainer, but kept him away from races as a kid, wanting him to focus on school. Shah earned a bachelor’s degree at Bangalore University in India. He then attended Clemson University in South Carolina to get a master’s degree, which he followed with an MBA at George Washington University. Bayern retired with more than $4.4 million in purses. In 2014, Shah finished second nationally with nearly $6 million in purses.

Breeders’ Cup winners: None yet

According to BloodHorse, Wellman’s method of choosing which horses to buy is to look for value in the pedigree— first look at the horse, then look at the catalog page to determine sire power and female family success.

Wellman is the founder and president of Eclipse Thoroughbred Partners. He is the son of Thoroughbred owners and breeders.

Two years ago, Eclipse partnered with Bridlewood Farm and Robert LaPenta to purchase Tapwrit for $1.2 million at the Fasig-Tipton Saratoga Select Sale.

Bio: Gary was introduced to racing at age 19 by his father at the Ak-Sar-Ben racetrack in Omaha, Nebraska. Mary owned a horse as early as high school. They dreamed of owning horses together when they attended Ak-Sar-Ben as newlyweds. They claimed their first racehorse, Joe Blow, in 1980 for $13,500. Joe Blow started 120 times, winning 20 times and $150,000, according to Gary. Gary decided to retire Breeders’ Cup winner New Year’s Day on Christmas Day 2013 after the horse suffered a chipped sesamoid. In 2017, the Wests’ equine holdings include about 150 horses.

Bio: In 1965, a friend gave Martin two horses, Verification and Heliotropic, as a birthday present. The Wygods bought a 170-acre tomato farm outside Buellton in 1976 and transformed it into a place for Thoroughbreds. The Wygods moved to California from New Jersey in 1994 to be closer to their horse operations. Life Is Sweet rallied from last place to win her 2009 Breeders’ Cup title by 2 1/2 lengths. She accumulated $1.8 million in earnings before retiring in 2010. The Wygods currently have about 40 broodmares and 20 horses in training.