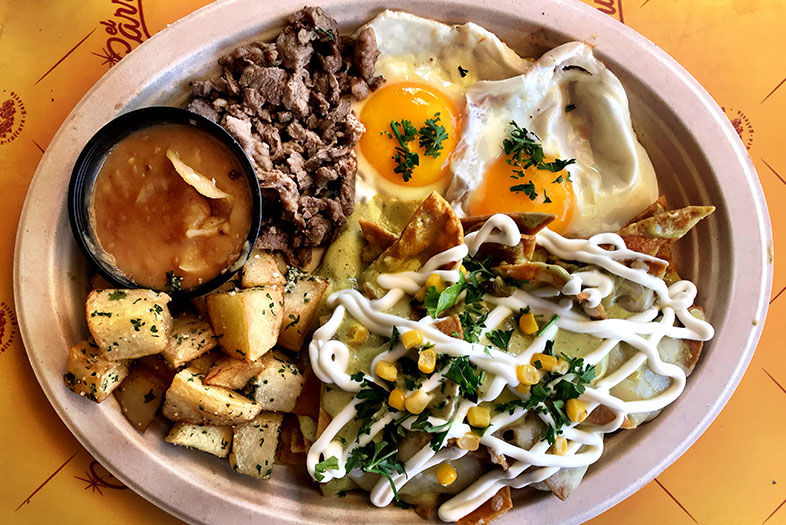 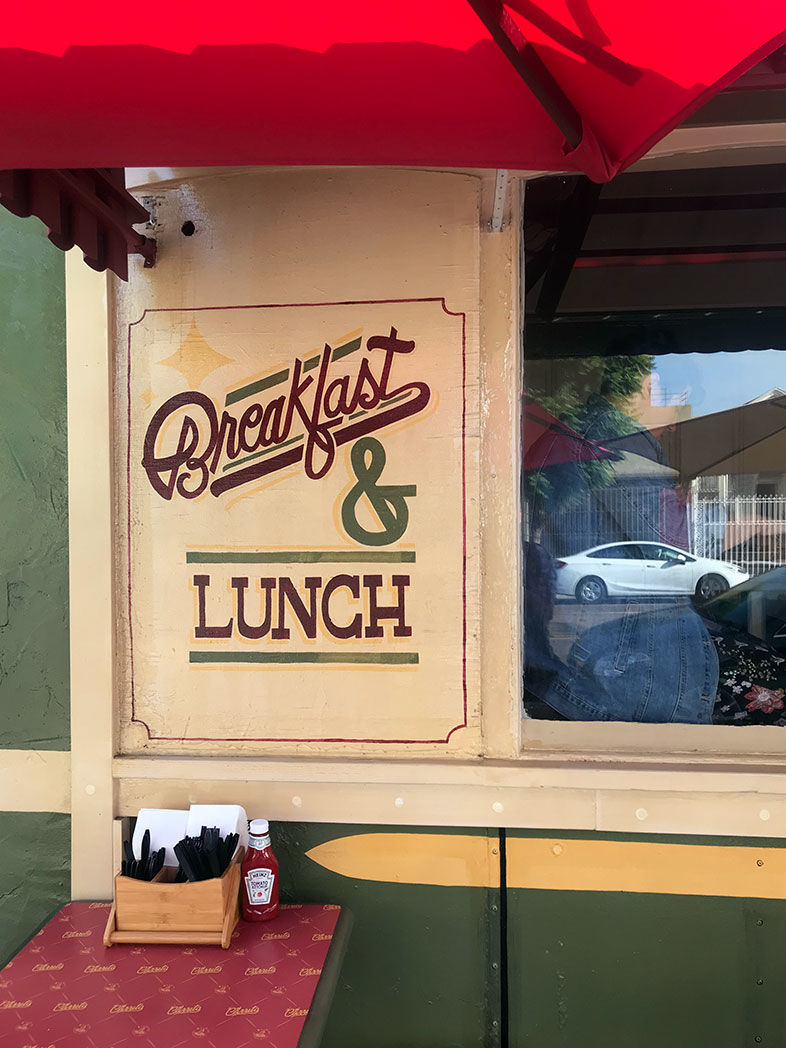 Puberty is hell. Growth comes in spurts and stutters. You wake up and stumble a bit because one leg seems longer than the other. Your voice is high and low at the same time, unsure of how to be a voice. It’s a very emotional time. Extreme joy, extremer tears. If you want to see puberty hit a neighborhood, now’s the time to wander Barrio Logan.

San Diego’s heart of Latino culture is changing. "Rapidly," says El Carrito owner Milo Lorenzana, who’s working the counter as his wife, Carolina Santana, cooks behind him in the converted trolley car ("carrito" means "trolley" in Spanish). The murals are still under the bridge, brilliant and proud. The tinny brass of banda and ranchera music still spills from kitchens and car windows. The giant purplish-blue house near Chicano Park still lords over its parcel of dirt. The papeles picados still flap in the wind like butterflies on a string.

Barrio Logan is on the rise. Gentrification is now a catchphrase and a comma in conversations among locals. Rained today? Damn gentrification. Latino culture, specifically Mexican culture, has had a pretty rough couple of American years. "The wall" is quickly replacing La Llorona (a zombie mom who drowned her kids and now steals kids near rivers) and chupacabra (the ole "goat sucker") as the fear totem of current folklore.

Some Latino soul will be lost in Barrio Logan’s ascension. That’s a given. Gentrification spares no one. The trick is to not lose huge chunks, to not Chipotlify the authentically Mexican businesses and culture here.

In this article in Next City, Jennifer Rodriguez, executive director of the Mayor’s Office for Immigrant and Multicultural Affairs in Philadelphia, says one of the ways to protect against gentrification’s cultural tsunami is to make sure every stakeholder in the affected community has a seat at the table before it goes too far.

And that is why El Carrito is a special place. It’s the seat and the table and the locals. The owners live in the neighborhood (Milo’s been here 15 years, so not native, but not fresh off the gentribus, either). They were part of the team that opened ¡Salud! taco shop, and they own Por Vida coffee bar a door down, which is both a third-wave coffee house and ad hoc cultural center for the neighborhood.

In El Carrito, they found a rich parcel of the Barrio soul. This old trolley cart used to roll down Logan Avenue. In the ’40s, well-loved Barrio leader Al Johnston bought it. Used it as a restaurant, let well-meaning politicians give speeches and locals give shoe shines for profit off the back. (Famed muralist Salvador "Queso" Torres reportedly raised money for a medical procedure doing so.) It was a crucial hub for Latin thought. The wealthy downtowners had the gorgeously appointed Grant Grill in which to power-broker the city into existence; Barrio Logan had El Carrito.

So Santana and Lorenzana gave it a fresh paint job—along with much more significant, costly upgrades—better meat, better salsas, and Santana’s mother’s recipes. He added umbrellas and tables outside (which angle downward, so watch your drink).

And he added these chilaquiles. (For quick reference, they’re like breakfast nachos, but they are also so much more.) The website says they’re the best in the city. And I have to agree they’re pretty damn good. Everything’s made in house. The chips are fresh, not overcooked or stale or greasy. The "Chicanos" comes with a creamy avocado sauce, a lattice of sour cream, melted Monterey Jack cheese. That avocado sauce is something special, the avo’s natural cream-fat balanced with a touch of lightness, like a cross between guacamole and a vinaigrette. You can add whatever protein you want for $3: egg, carne asada, bacon, pork machaca, beef chorizo, soyrizo, carnitas, chicken, shrimp, fish, or ham.

The "El Carrito" comes with a creamy poblano sauce and fire-roasted corn. It, like ¡Salud! or Galaxy Taco or Puesto, represents the new wave of authentic Mexican recipes pulled off with fresher ingredients and a food person’s refinement in the kitchen.

It’s also a boon that they have Por Vida in the family tree, because the café de olla (coffee, piloncillo, cinnamon, orange peels, and cloves) is a treat. The warm, spicy cloves, the high-hat note from the rind, the magically almost-sweet cinnamon. I’d like the olla a little less sweet, but the flavor is there.

El Carrito does other things. Omelets, tortas, burritos. It’s the chilaquiles (five varieties) that shine, though.

Most importantly, they created a spot at the table for Barrio Loganeers with a stake in the community, eating breakfast as gentrification dawns.