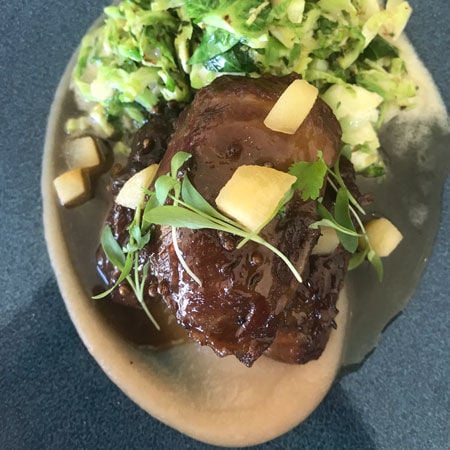 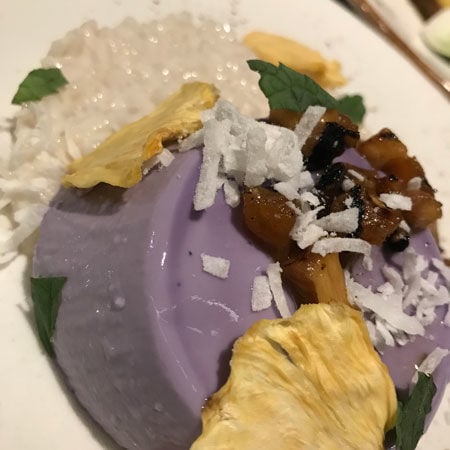 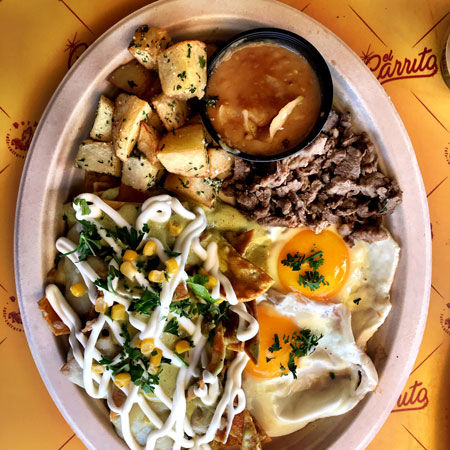 Amy DiBiase has been one of the city’s top chefs for years, and she’s heading up the signature dining room at the new InterContinental hotel. The design is a bit hotel-y, but the kitchen’s on fire, not surprising since she has creative input from Paul McCabe, also one of the city’s best and now F&B director of the hotel. It’s mostly a seafood concept, but these coriander cider-braised pork cheeks are a wonder. If the idea of eating cheeks puts you off, get over it. They’re one of the most tender cuts, and DiBiase cooks them into perfect submission with the spice of the coriander and the gentle zing of the boozy apples. Sit on their patio and get these with a mole old-fashioned as you gander out at San Diego Bay and applaud your good life.

North Park’s Bivouac is the first production cidery in Southern California, but it’s also a cozy restaurant in the good hands of chef DJ Tangalin. I’ve complained about the lack of top-notch Filipino food in San Diego (the city has the second largest Filipino population in the country), and Tangalin shows what’s possible with this dessert. It’s made of ube, the classic sweet potato of the islands that seems grown for Instagram with its dinosaur Barney hue. The panna cotta is perfect, solid but silky and jiggly, with toasted coconut and roasted pineapple. But it’s that warm bed of arroz con leche underneath (like tres leches in rice form) that really sets off the light and bright taste of the ube cotta.

El Carrito is a special little joint in Barrio Logan, the Chicano hub of the city that’s now in the throes of gentrification. You can read more about its story here. And when you visit, definitely go for the chilaquiles. The classic "breakfast nachos" get an upgrade here with top-quality ingredients. The improvement over standard Mexican joints is pretty astonishing. The "Chicanos" has a creamy avocado sauce that you’ll want to bottle and drink, served with sour cream, melted Monterey Jack, housemade corn chips, and your choice of egg, carne asada, bacon, pork machaca, beef chorizo, soyrizo, carnitas, chicken, shrimp, fish, or ham. Those are some options.