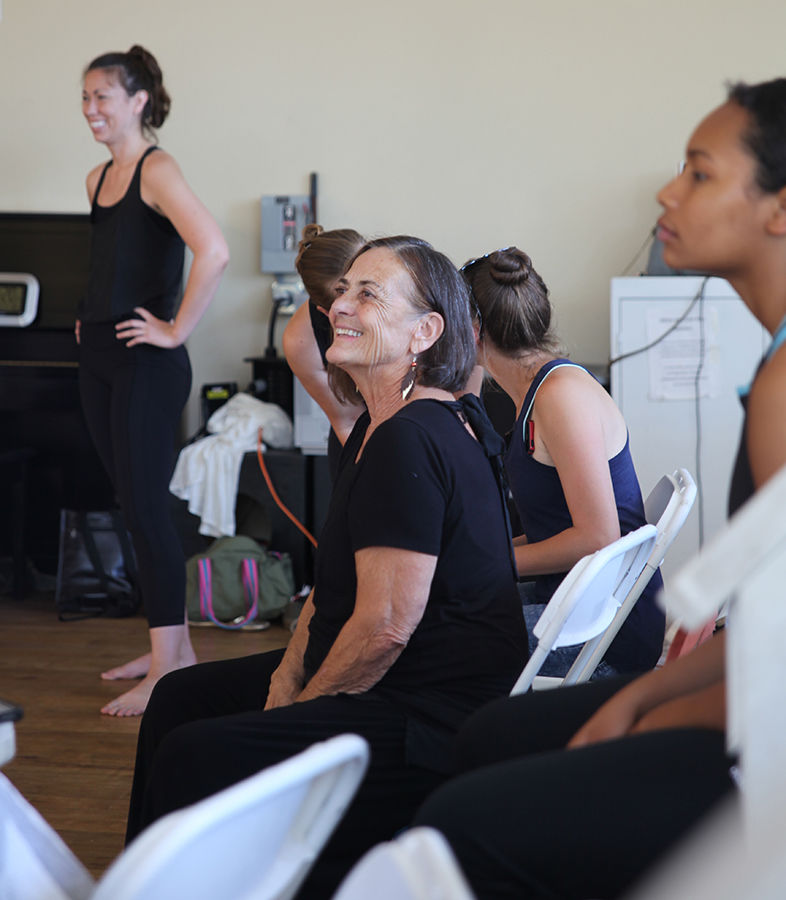 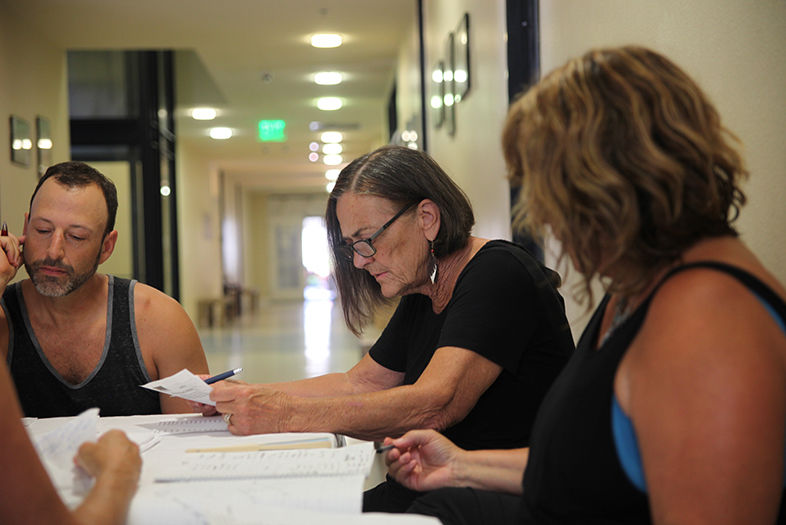 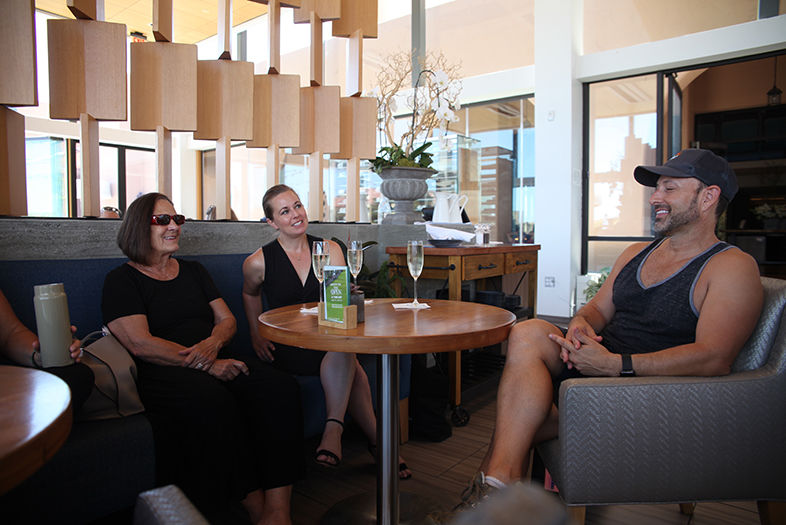 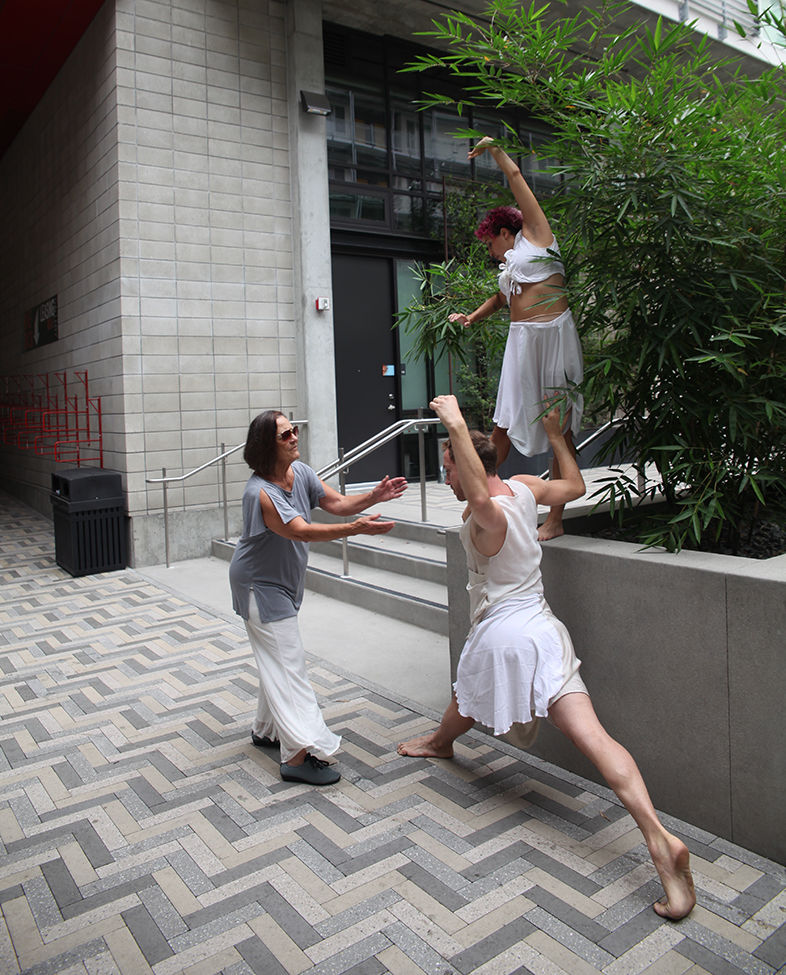 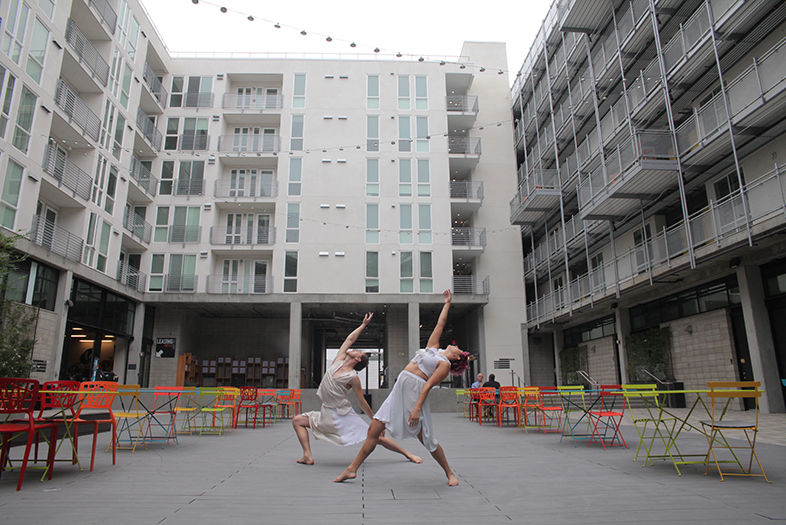 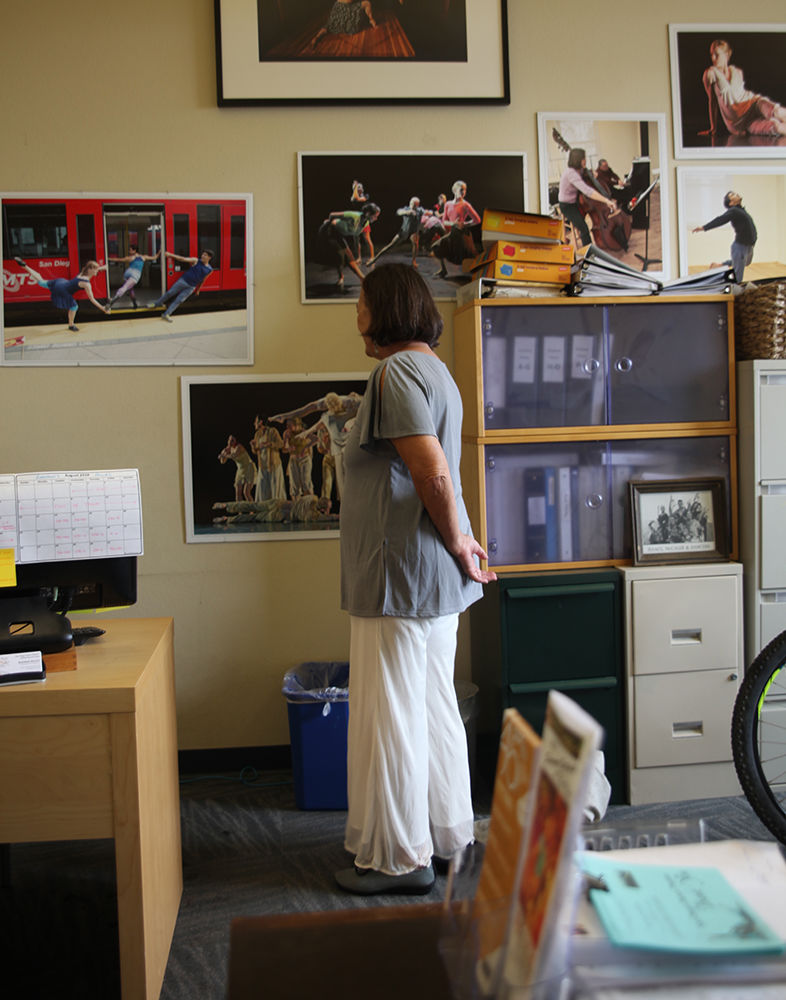 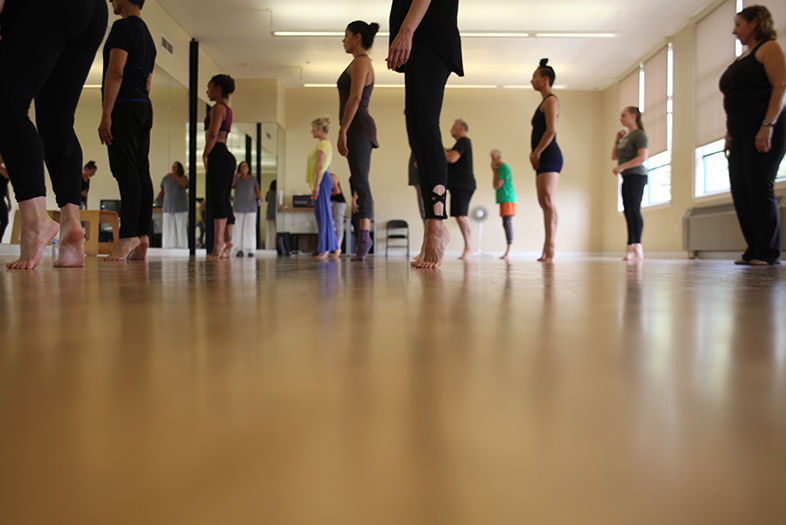 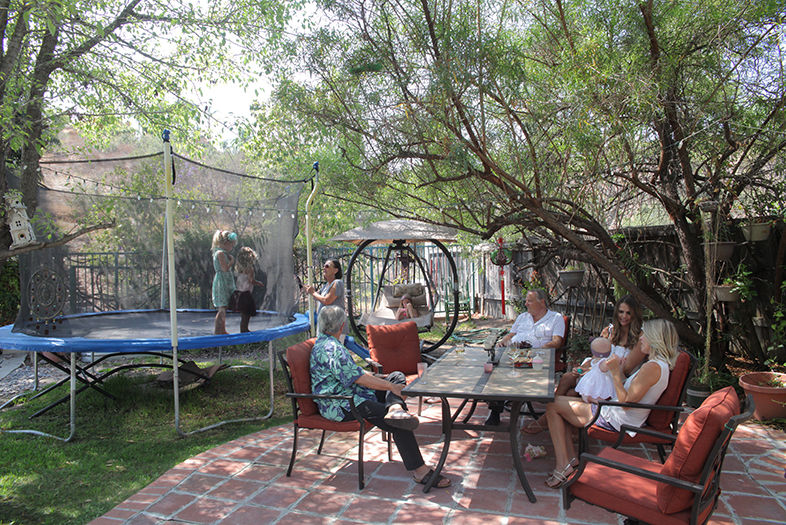 Trolley Dances, the contemporary dance series performed at MTS stations throughout the county, returns next month. And to commemorate its 20th anniversary, SDDT asked past audiences to vote on their favorite numbers from the last two decades. The result? Best of Trolley Dances, premiering October 5–7 in Hazard Center, The New Children’s Museum, and even parking structures. We followed legendary dancer, SDDT artistic director, and Trolley Dances founder Jean Isaacs as she preps at auditions, on-site rehearsals, and back at home in Rancho Peñasquitos—with a glass of Prosecco or two.

Isaacs greets the dancers and choreographers before open auditions, held in Liberty Station’s White Box Live Arts studio, where dancers learn and execute a short segment of a dance. Since this year’s show is the greatest hits, many previous dancers are back and there are fewer slots to fill. At most the choreographers need 15 dancers, and today there are 63 hopefuls—that’s Isaacs below rifling through the numbered bibs for each auditionee. "We’re not a developed market like San Francisco," she says. "They have more funding and infrastructure. We’re very homey and give a lot of opportunities. People say we’re a warmer community."

Isaacs and choreographers Bradley Lundberg, Terry Wilson, and Debi Toth-Ward (not pictured) huddle up outside the studio to select their roster. Feedback ranges from "He blew me away" and "She’s an amazing dancer, just a little cocky" to "I can only do eight dancers, budget-wise." SDDT is a nonprofit with limited funds; they pay each dancer $300 for the entire weekend of performances, so some choreographers sponsor additional dancers.

"I would love a Prosecco," Isaacs says after auditions. She and her SDDT crew like to have drinks next door at The Lot. "It’s not inexpensive, but it’s so convenient." How often does she go? She has a favorite table and the waitress notices her new haircut.

Isaacs heads to the IDEA1 building in the East Village, the site of her Trolley Dances production O Magnum Mysterium, set to a composition of the same name by Ola Gjeilo, which she last staged in 2012. Since all eight previous performers, including Zaquia Mahler Salinas and Trystan Merrick Loucado (pictured), are available, she doesn’t need to train new dancers, but she does have to re-set the routine within the venue. "Building art into architecture—I think this is the future," she says. "This is the lively part of downtown! I live in Rancho Peñasquitos—not urban. I love the energy and excitement here."

"When I heard the music, I knew I needed to do a piece," Isaacs says of O Magnum. She cues her husband and SDDT musician, Steve Baker, to start the track, then guides Salinas and Loucado through locations. A benefit of performing outdoors is daylight. "There are a lot of obstacles going into a theater," says the 74-year-old Isaacs. "I can’t drive at night. My husband, god bless him, will take me everywhere."

Back in her office in Liberty Station, Isaacs checks emails and voicemails. Lining her office walls are photos from past performances. "This guy," she says, pointing to a portrait of a former company dancer, "is now the biggest drag queen in San Francisco. He does Lady Gaga."

SDDT hosts community classes on Thursdays, while Saturday’s classes are geared toward company members. Today’s community class focuses on technique. Since Isaacs has had knee surgery (and her other knee isn’t faring well, either), she does upper-body instruction and lets dancer Jessica Gilmore do the demonstrating.

Isaacs heads home to Rancho Peñasquitos. "I love to entertain," she says, "usually informally and last minute." Today, it’s SDDT cofounder George Willis, her kids, and grandchildren. "When we moved here in 1989 the backyard was just dirt. Everything now is for the grandkids," says her daughter, Liv Isaacs-Nollet, of the trampoline and playhouses. Well, not everything. "I tried to grow grapes for wine, but it didn’t work," Isaacs laughs. "They were tiny and sour!"

The two-hour Trolley Dances show begins at Hazard Center in Mission Valley (times vary) with a guide. Buy your ticket at the stop, ranging from free for kids three and under to $40 for general admission, including all stops. The troupe used to perform onboard the trolley, but now all dances take place near the line. Dancers often use the whole space, so there isn’t a bad seat in the house—or parking garage. sandiegodancetheater.org